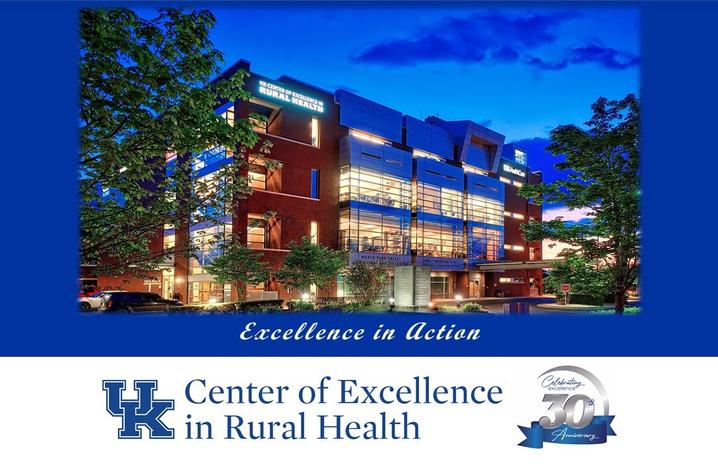 UK Center of Excellence in Rural Health in Hazard.

HAZARD, Ky. (May 21, 2021) — Researchers at the University of Kentucky Center of Excellence in Rural Health (UK CERH) and the Walsh Center for Rural Health Analysis at the National Opinion Research Center (NORC) at the University of Chicago have released a report detailing the findings of a study conducted to understand possible factors that contribute to Eastern Kentucky leading the nation in declining overdose mortality rates.

Utilizing an opioid mapping tool from NORC and drug overdose mortality data from the CDC National Center for Health Statistics, the study looked at two five-year time periods between 2008 and 2017.

Data from the study indicate that several counties in Eastern Kentucky have seen declines in drug overdose mortality rates over the past decade, even as overdose rates have risen in the state of Kentucky as well as in the Appalachian regions of neighboring states such as Pennsylvania, Ohio and West Virginia and across the nation.

Through an intensive qualitative study, NORC and UK CERH identified potential policies and strategies that may be contributing to the declines, including approaches that could be implemented in other communities. Topics explored through this project included:

“This story of success and progress in Eastern Kentucky highlights the strength and resilience of the Appalachian people, and shows what can be accomplished with collaboration, bipartisan support and a longstanding commitment to addressing substance use across the region,” said Michael Meit, NORC project manager and senior fellow.

The study highlights some of the strategies and approaches that key informants believed were associated with the reductions and that may be adapted and leveraged by other states and communities including:

The study was completed with funding from the Centers for Disease Control and Prevention and the National Association of County and City Health Officials. Click here to access the full report and the research brief.

This project was funded by the Centers for Disease Control and Prevention and the National Association of County and City Health Officials (NACCHO). The contents are those of the author(s) and do not necessarily represent the official views of, nor an endorsement, by CDC/HHS, or the U.S. Government.