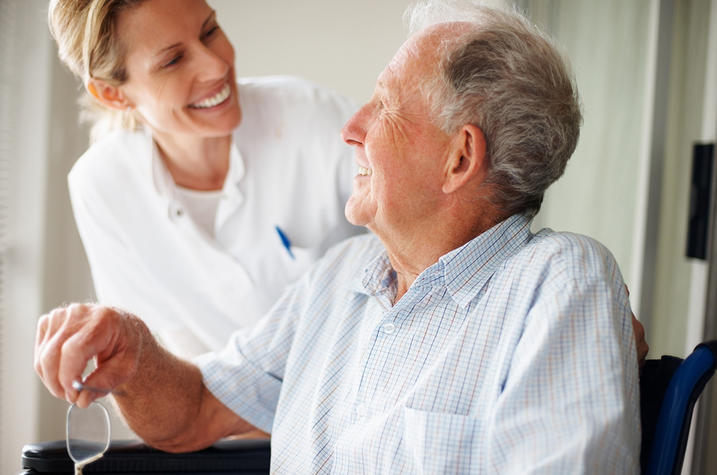 LEXINGTON, Ky. (Aug. 10, 2018) — It's the diagnosis those 65 and older often fear, but what are the chances you will be unhappy if you develop some cognitive impairment in the years ahead?

"There is a great deal of stigma and fear surrounding declining cognitive ability that sometimes comes with age — especially among those nearing the second half of their adult lives. Yet, findings from my recent study show that cognitive impairment does not equate to unhappiness."

How did Bardo reach that conclusion? He analyzed data that included 53,000 observations from more than 15,000 people age 65 and older who participated in the Health and Retirement Study between 1998 and 2014. The study incorporated tests that examined seniors' ability to recall words, among other tasks.

Then, the question becomes, how do you measure happiness? "Happiness was based on a question that asks whether a respondent was happy all/most of the time or some/none of the time in the past week," Bardo explained. "This is a simple, yet valid and reliable measure that is commonly used to assess how one feels about her/his overall quality of life."

Bardo will bring his expertise to the Department of Sociology in the College of Arts and Sciences this fall. He received a doctoral degree from Miami University in 2015. Most recently, Bardo was a postdoctoral scholar at Duke University.

His research, which relies on facts and figures, is also extremely personal. Bardo's grandmother suffered a major stroke in 2007. At the same time, he was searching for graduate programs. "Despite her ill-health, and having to move to a nursing home, she was still a happy person. This apparent anomaly drove me to seek a better understanding for how perceived quality of life and health are shaped across the life course."

The findings from Bardo's most recent study proves that his grandmother is not an anomaly. In fact, he discovered that the majority of cognitively impaired years are happy ones, not unhappy ones.

"Our findings show that happiness and cognitive impairment do coexist. Despite some stark racial/ethnic differences, happy years of life were shown to substantially exceed the number of years one can expect to live with some cognitive impairment, on average."

Bardo said the main take away from his study, which is currently under review for publication, is that, "Even when cognitive impairment does occur, older adults can expect a large proportion of those remaining years to be happy ones. Ideally, these findings will contribute toward reducing some of the stigma and fear surrounding cognitive impairment in later life."