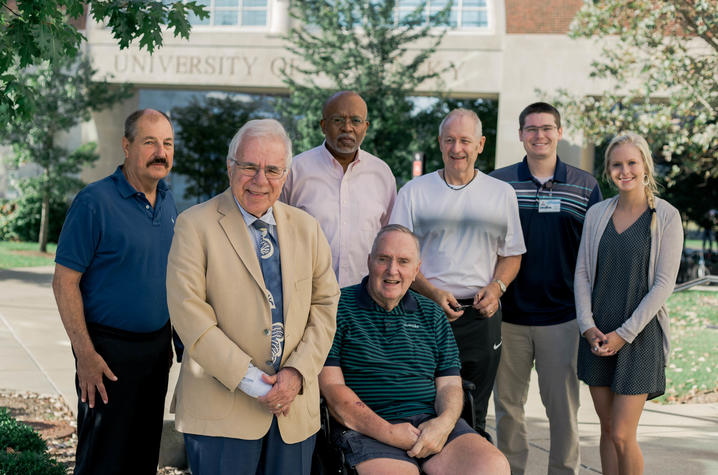 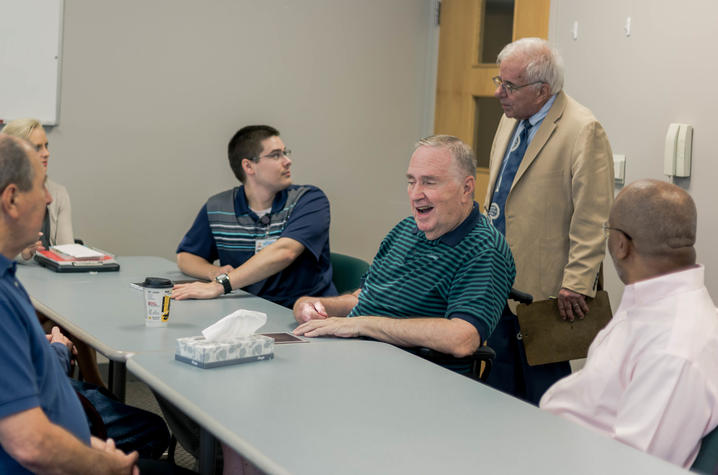 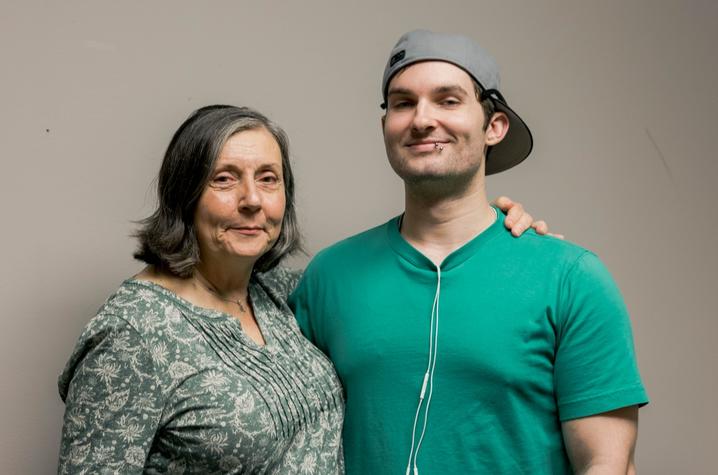 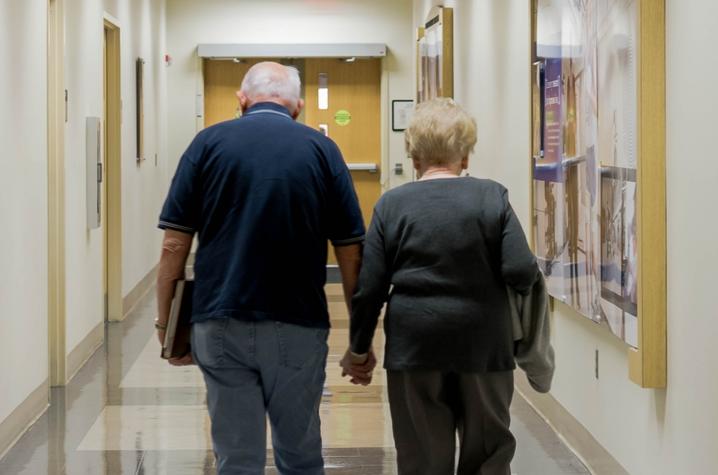 LEXINGTON, Ky. (Oct. 17, 2018) — Imagine you’re trying to carry on a conversation with a friend: You can clearly envision the sentence in your mind, the carefully constructed thoughts and words are all there. But, as soon as the words reach your lips, they sound wrong. In fact, what you are now verbalizing sounds nothing like the thought in your head at all. For many people who survive a stroke or traumatic brain injury, this is just a snippet in a day in the life of living with aphasia.

Aphasia is an acquired language disorder usually resulting from a stroke or trauma in the brain’s dominant hemisphere. The condition causes a disconnect in the areas of the brain responsible for language and can impact a person’s ability to speak, read, write, and listen (ranging from very mild to severe). There is no cure for aphasia and most patients struggle with lifelong side effects.

This search to alleviate symptoms and help those affected by aphasia regain language function is where Dr. Robert Marshall, professor in the communications sciences and disorders (CSD) program at the University of Kentucky College of Health Sciences, has dedicated more than 50 years of his life’s work.

Marshall has been recognized as a clinician, particularly for his scholarly works on Wernicke’s aphasia (when the ability to grasp the meaning of spoken words and sentences is impaired) and the use of group therapy. His funded research has examined the role of self-correction in recovery from aphasia, efficacy of aphasia treatment, treatment of aphasic naming deficits, and problem solving in individuals with neurological compromise.

“Many people with aphasia stay in treatment and work to improve their language skills for much of their lives,” Marshall said. “In addition to my teaching and research, I supervise our students in a program called the Aphasia Lab at the UK College of Health Sciences. This lab is a place where people living with aphasia can receive a variety of services while our students gain real-world training with the disorder.”

The Aphasia Lab—which is part of the larger CSD Academic Clinic—is a selective program that offers individual and group speech sessions and support for families and their members who suffer from aphasia. There are currently 25 participants in the program ranging in age from 25 to 89 years old.

“This lab is primarily open to people with aphasia who have a strong will to keep improving their language skills,” Marshall said. “Our current medical care system is often based on 'fix it or cure it' model which doesn't work for aphasia. People with aphasia aren’t getting the rehabilitation services they need. Services are diminishing, and our lab is stepping in to fill this gap.”

In addition to traditional speech-language interventions, much of the work in the aphasia lab is based on  the “life participation approach” (LPAA).

“The LPAA approach is based on positive psychology and doing what you can to help people live with aphasia as successfully as possible,” Marshall said. “Aphasia treatment isn’t just limited to the person living with the condition. It includes advocacy and education for family members, too.”

This could mean spouses must learn new ways to communicate with their partners or family members can begin advocating for more aphasia awareness within their communities.

Deborah Walker’s 25-year-old son Carson started Marshall’s program last year. In 2016, Carson experienced a stroke and is now living with aphasia in the aftermath. To improve their communication efforts, mother and son both learned sign language.

“Carson can sign the entire alphabet,” Walker said. “Sometimes he may get stuck on a word when we converse. When this happens, I’ll ask him to sign the first letter to me. This helps cue him and the word usually comes.”

“Aphasia isn’t a disorder that receives much awareness or funding. There’s a lack of knowledge that exists, and unless it happens to you, you would probably never give it a second thought,” he said. “The reason the disorder takes such a toll is because people living with aphasia must adjust with the impairment to their normal lives. Having a conversation or balancing a checkbook suddenly become difficult tasks.”

The power of rediscovering your voice

Too often, people living with aphasia can feel excluded or disconnected from society.

“There’s a lot of stigma that people living with aphasia are ‘slow’,” Walker said. “This couldn’t be further from the truth. My son’s cognitive abilities and intelligence were not impacted in any way by his stroke. It’s the aphasia that doesn’t allow him to get his words out.”

“Happiness is a choice we make every day,” Walker continued. “What we’ve learned through this experience is nothing is going to touch our joy. I’m so grateful Carson is able to work with CSD students through this program. It gives him a chance to be around people his age. That’s really important. It helps him to feel more normal and connected.”

At the end of the day, this human connection is what Marshall’s lab seeks to fulfill.

“Before I started attending Dr. Marshall’s group sessions, I thought I was alone,” said Sid Klinksiek, a former football player and stroke survivor. “Then I met the other guys in our group. I saw that each one had their own struggle to overcome. It gave me hope.”

“Getting to know the men in this group has been life-changing,” he said. “I look forward to it every Monday. It makes talking easier, and this program has helped me so much.”

“When I met Bob I was immediately struck by his attitude,” Marshall said. “I thought: Here’s this guy who had a stroke in the prime years of his life, he now uses a wheelchair for mobility, yet his spirit is unsinkable. It’s a joy to watch his and the group’s overall communication improve every week.”

Eighty-nine-year-old Audrey Sitzlar has faithfully attended Marshall’s program since its inception more than a decade ago. After her stroke in 2003, she now lives with a more severe form of aphasia affecting her speech, reading and writing.

“She hates to miss sessions because she doesn’t want the students to miss out on their education,” said her husband, Steve Sitzlar. “Thanks to this program, Audrey has gained back many of the words she lost to her stroke. She can carry on small conversations now.”

“We’ve never hidden the fact that Audrey has aphasia,” Steve continued. “She is not defined by her disability. We are just honest and transparent that for us, it may just take a little more time. Her voice is still important. Her voice should be heard.”