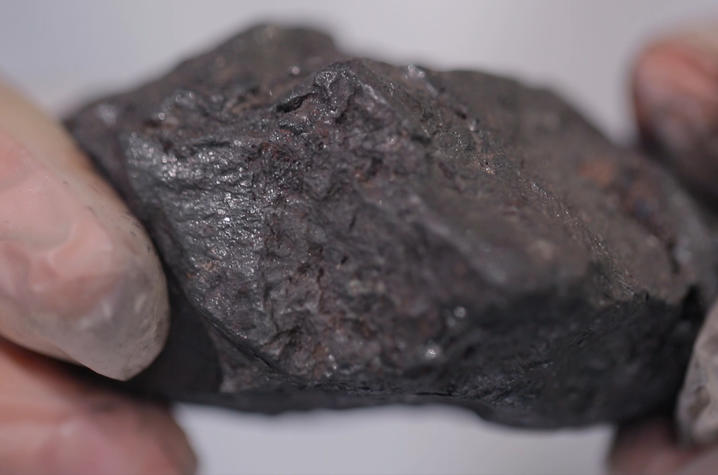 "As far as I know, our team is the first in the world to have provided a 98 percent pure rare earth concentrate from a coal source," said Rick Honaker, professor of mining engineering.

From national defense to health care, rare earth elements or REEs are essential components of technologies like iPhones, computers, missiles and other applications. Interest in REEs is at an all-time high in the U.S. right now, with the Department of Energy investing millions in research. Honaker has received $7 million from the department to produce rare earths from Kentucky coal sources, a feat he has now accomplished, and $1 million for other REE projects.

"The primary objective for our DoE (Department of Energy) project was to produce a concentrate containing a minimum of 2 percent rare earth elements," he said. "We have far exceeded this objective."

The process recovered more than 80 percent of the REEs present in the feed sources. The concentrates were comprised of more than 80 percent total rare earth elements on a dry whole mass basis and more than 98 percent rare earth oxides. More importantly, critical elements such as neodymium and yttrium — used in national defense technologies and the high-tech and renewable energy industries — represented over 45 percent of the total concentrate.

Another unique feature of the new recovery process is that scandium — a highly valued rare earth element used for aerospace, lighting and other applications — was efficiently separated from the other rare elements and concentrated as a separate product from the circuit.

The achievement was made possible using a patent pending process developed by Honaker and Wencai Zhang and with funding provided by a U.S. Department of Energy Cooperative Agreement.

The process will be part of a one-fourth-tph (tons per hour) mobile rare earth recovery pilot scale plant being developed and tested by Honaker’s research team as part of the U.S. Department of Energy project.

"We are excited about the new development and look forward to testing the process in our pilot-scale facility which will be operational during spring 2018."