LEXINGTON, Ky. (Sept. 15, 2020) — Though the public won’t be able to take in the 2020 “Appalachia in the Bluegrass” concert series in its intimate home venue — the University of Kentucky’s Niles Gallery — it will return virtually. Tune in noon Friday, Sept. 18, as folk artist and songwriter Liza DiSavino performs in the series presented by the John Jacob Niles Center for American Music.

An annual concert series, “Appalachia in the Bluegrass,” celebrates the old-time roots of American folk music, while simultaneously representing a variety of different musical expressions. There will be 10 different performances by noted soloists and groups from Appalachia.

Concerts presented as part of “Appalachia in the Bluegrass” are free and open to the public and begin weekly at noon on Fridays. The series will be livestreamed from the Niles Center’s Facebook page.

This year's series, which opened Sept. 4 with a performance by celebrated fiddler Andrew Finn Magill, will feature the following artists:

Twice a member of the Geraldine R. Dodge Master Teacher Collaborative, DiSavino taught general, vocal and instrumental music in public and private schools for 29 years. A former student of music education innovator Bennett Reimer, she joined the faculty of Berea College as assistant professor of music and music education in 2011.

DiSavino has a long-standing interest in songwriting, and is a winner of the Falcon Ridge New Folk competition and runner-up in the American Songwriting competition. The Women of Appalachia Project recognized her song, “That Esau Bed,” about the systematic sexual subjugation of women in West Virginia coal towns, in the Spoken Word Category in 2018. Founder and former leader of the New Jersey Songwriter’s Circle, she recorded two solo albums of original music, five albums of original and traditional music with husband and partner A.J. Bodnar, has had her music played on NPR, and may be found on several compilations including "Fast Folk: Songs From the Garden State" on Smithsonian Folkways.

Also a practitioner of traditional, folk and roots music, DiSavino has been a faculty member for 18 years at the summer folk arts school Common Ground on the Hill in Westminster, Maryland. She and Bodnar have performed at festivals and other venues across the country. They researched traditional music of the Catskill Mountains and parlayed that into an album, "A Home in the Catskills." This research became the basis of their 2012 Hutchins Library Sound Archives Fellowship project, “Mountain to Mountain,” a comparison of traditional music of the Catskills with that of Southern Appalachia. DiSavino received a second Hutchins Library Sound Archives Fellowship to research the life of early ballad collector Katherine Jackson French and her relationship with Berea College. She has completed a book on the subject titled "Katherine Jackson French: Kentucky’s Forgotten Ballad Collector," published by University Press of Kentucky. Concurrently, a commemorative edition of Jackson French’s ballads is being published by Berea College, and a recording of them sponsored by a grant from the Kentucky Foundation for Women.

For more information on the concert series, contact Niles Center Director Revell Carr at revell.carr@uky.edu or visit the website. 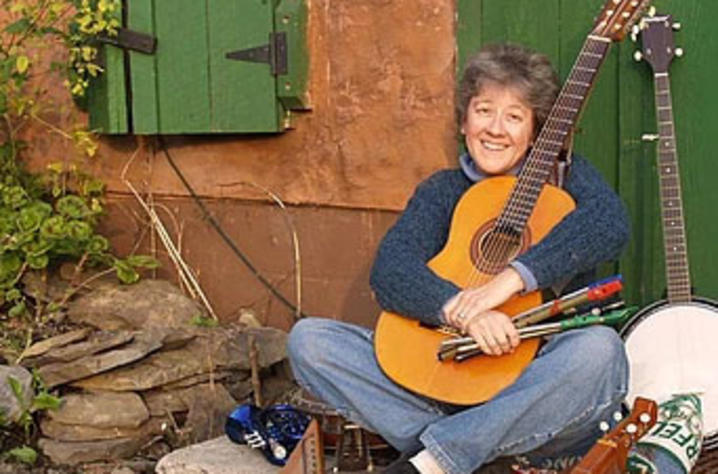 Up next in the "Appalachia in the Bluegrass" concert series is Liza DiSavino.