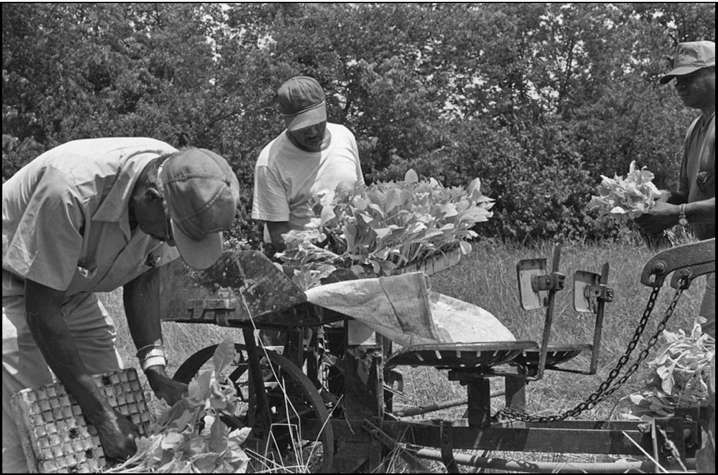 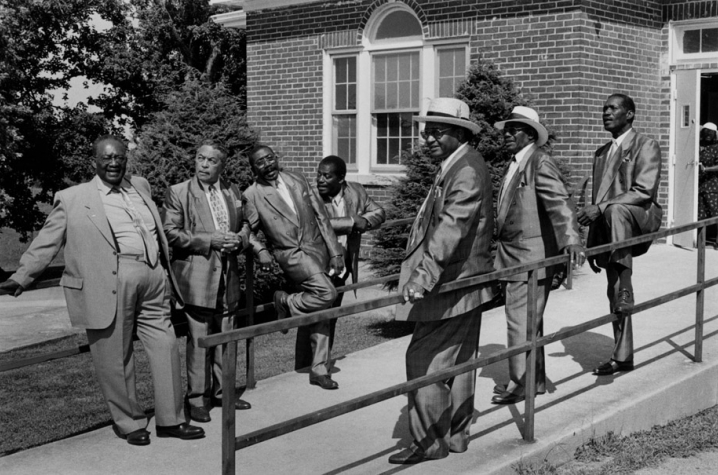 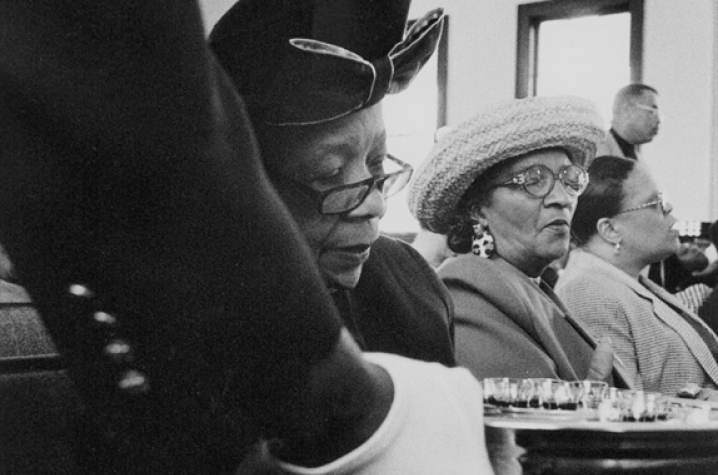 LEXINGTON, Ky. (March 24, 2010) − Midwest documentary photographer Sarah Hoskins, whose recent work includes images of African-American hamlets in Kentucky, will speak as part of the Art Museum at the University of Kentucky's Robert C. May Photography Lecture Series. Hoskins will present her lecture March 26, at the UK Student Center Worsham Theater. An exhibition of her work is also on display at the museum through April 11. Both the Hoskins exhibition and lecture are free and open to the public.

Sarah Hoskins will discuss her work during this year's final May Lecture, and the event will close with a special performance by the Jimtown Male Chorus, who are among the subjects of her work in central Kentucky.  The chorus was founded more than 50 years ago.

"My work is all about relationships and collaboration with the communities," says Hoskins. "For the past several years when I end my lectures, I have always closed with a photo of the Jimtown Male Chorus. The image is of them singing to me as I took the photo. I tell people you aren't going to get rich in the pocketbook by doing this type of documentary work, but the reward is far greater when you have a moment like this where the Jimtown chorus sang to me."

The program featuring Hoskins and the Jimtown chorus will begin at 4 p.m. Friday, March 26, at the UK Student Center Worsham Theater.

As a documentarian, Chicago-based Hoskins is drawn to untold stories. She seeks out the workers behind the scenes, people who lack a public voice, and communities within our midst that we’ve never visited. She photographs what is hidden in plain sight.

Hoskins has spent the past decade photographing the lives and landmarks of historic African-American hamlets in the Bluegrass region for her project "The Homeplace." This series, which commemorates the contributions of working-class African Americans to Kentucky’s history and culture, focuses on villages that were established by freed slaves in the decade after the Civil War.

Hoskins learned about these important Bluegrass communities when she was photographing workers for a behind-the-scenes look at the horse racing industry and the people who support it. Over the years, she has made countless trips from her Chicago home to the Lexington area, where she has forged deep relationships with many of her subjects. With their help, she has been working against time to make a visual record of architecture and places threatened by development or age and disrepair.

Hoskins turns her camera to places of worship, schools, community centers, farm buildings and fields and takes us into people’s homes, exploring the rituals of their lives, their work and their spirituality. "African-American history has been so neglected in this country in writing and photography," Hoskins says. "The United States as a society just hasn’t cared enough, and a lot of African-American history has been literally bulldozed over."

Photographs from "The Homeplace" won honorable mention at the International Photography Awards in 2009.

To read more about Hoskins work on "The Homeplace," check out Claire O'Neill's piece, "Kentucky's African-American Hamlets: A Photographer's 'Homeplace'" for NPR's "The Picture Show" online at: www.npr.org/blogs/pictureshow/2010/03/homeplace.html.

The May Lecture Series, in its 13th year, is sponsored by the Robert C. May Photography Endowment, an art museum fund established in 1994 for the support of acquisitions and programs relating to photography.

For more information on the Sarah Hoskins lecture or exhibition or the Robert C. May Photography Endowment Lecture Series, contact the Art Museum at the University of Kentucky at (859) 257-5716.