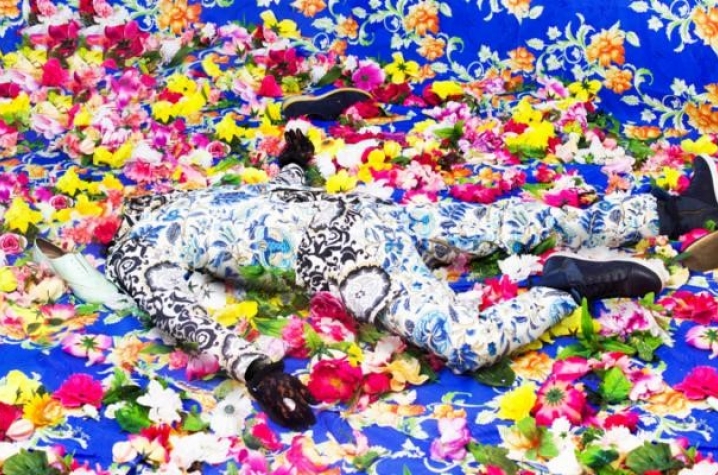 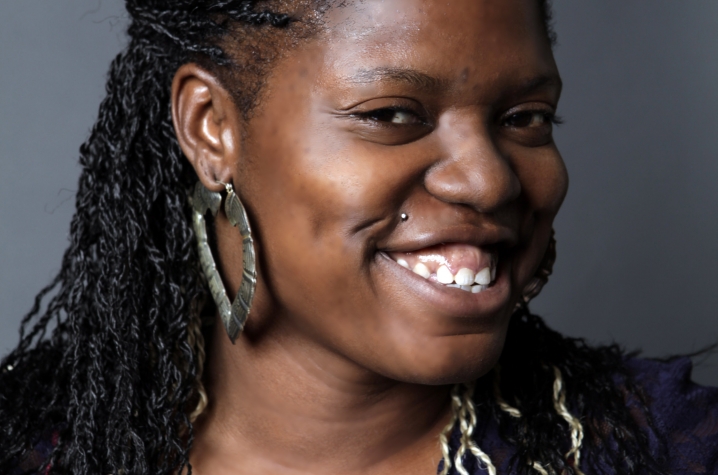 LEXINGTON, Ky. (May 29, 2015) — Artwork by Ebony G. Patterson, an associate professor of painting at the University of Kentucky School of Art and Visual Studies, is featured in the 12th Havana Biennial "Between the Idea and the Experience." Patterson is one of approximately 200 artists from 44 countries selected to display their artwork in the series of exhibits running through June 22, in Havana, Cuba.

The 12th Havana Biennial, which opened May 22, involves architecture, design, the communicational phenomena, science and the forms in which the habitat is constructed. The projects being carried out in Havana must bear an effect upon its inhabitants, either through the latter’s participation in their concept and achievement or through the presentation of the works as a live social laboratory.

The event explores the intersections between different art expressions such as dance, theater, music, the cinema and literature, considering the semantic wealth that hybridization contributes to what we understand as visuality. The basic idea is to grant these crossings a leading role instead of being mere backdrops.

Work featured in the 12th Havana Biennial is on display throughout the city in squares, parks and urban spaces, as well as galleries and museums. Patterson's work is on exhibit at the Navy building on the Avenida del Puerto, the Wifredo Lam Contemporary Art Center and Trillo Park.

In addition to showing in Cuba, Patterson's art is the subject of a solo exhibition closing May 30 at the LUX Art Institute in Encinitas, California, and two group shows: "Black Portraiture[s] II: Imaging the Black Body and Restaging Histories," organized by New York University, running through May 31, in the Villa La Pietra, outside Florence, Italy; and "Disguise: Masks & Global African Art," running June 18-Sept. 7, at the Seattle Art Museum.

Patterson's work has also been featured in numerous publications such as The New York Times, Frieze Magazine, Huffington Post, Art Nexus, Art Papers and the International Review of African-American Art.

A native of Kingston, Jamaica, Patterson earned her bachelor's degree in painting at the Edna Manley College for Visual and Performing Arts and a master's degree in printmaking and drawing from the Sam Fox College of Design and Visual Arts at Washington University in St. Louis. She has been teaching painting and mixed media at UK since 2007.

The UK School of Art and Visual Studies, at the UK College of Fine Arts, is an accredited member of the National Association of Schools of Art and Design and offers undergraduate and graduate degrees in the fields of art studio, art history and visual studies, and art education.