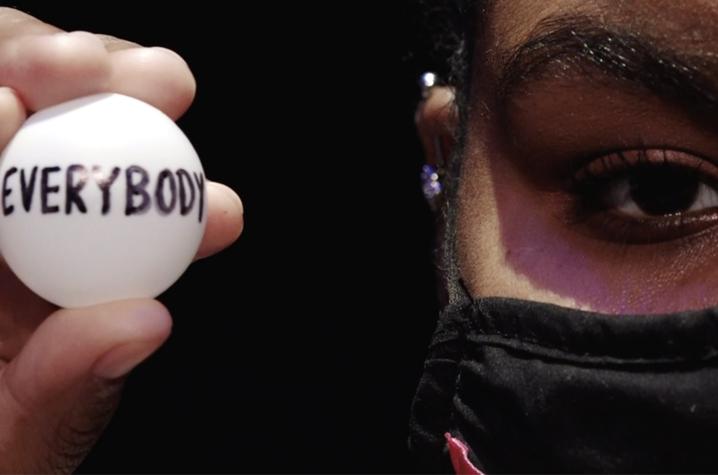 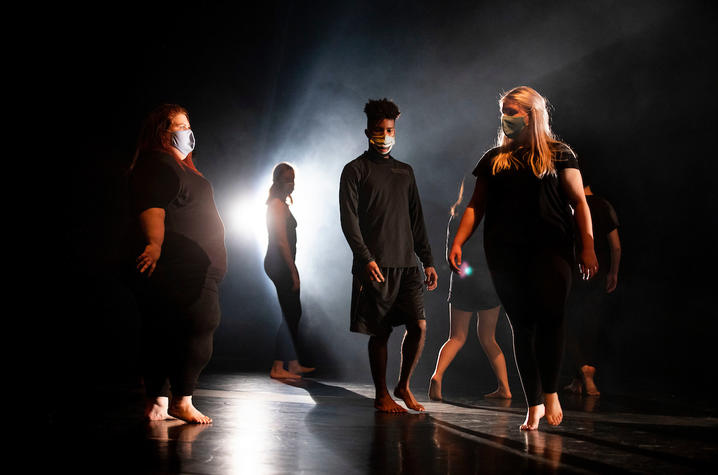 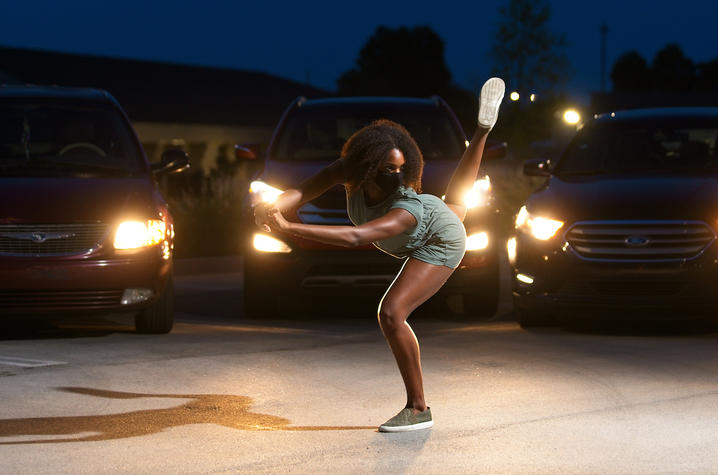 LEXINGTON, Ky. (Nov. 19, 2020) — Following in the footsteps of many professional theatre and dance companies, University of Kentucky’s Department of Theatre and Dance is finding new ways to connect with audiences this season.

Each school year, the department typically produces a season of five to six productions at the Guignol Theatre in the Fine Arts Building. But as COVID-19 found its way to the Bluegrass last March, the department was forced to close its spring schedule early, in the midst of rehearsals for “A Midsummer Night’s Dream.”

While the curtain has dropped on live performances staged inside arts venues because of the pandemic, UK Theatre and Dance has found a way to keep audiences and students safe while providing an outlet to perform and fulfill its curricular mission.

For 2020-21, the department’s season, Relevant Creativity Series, is utilizing technology to go on demand like many of the country’s newest films. From socially distanced productions filmed entirely on campus to ones crafted from individual videos from students quarantined at home, UK Theatre and Dance will begin to drop the series' productions this weekend on demand with “Everybody.”

Tony Hardin, department chair, explained, "The Relevant Creativity Series is the University of Kentucky Department of Theatre and Dance's response to being artists in this unprecedented time when theatres and performance venues are shuttered due to the airborne COVID-19 virus. These wildly creative projects offer a substitute to a traditional season. It gives our students an outlet for their voices to be heard and talents to be seen outside of the classroom. Working within the constraints of COVID mitigation protocols, the art, craft and discipline of theatre and dance are still happening in our department."

The work of Obie Award-winning playwright Branden Jacobs-Jenkins, “Everybody” is a modern adaptation of “Everyman,” a 15th-century morality play. In “Everybody” audiences follow the Everyman’s journey to find the meaning of life as it is decided by a literal nightly lottery. UK’s production is directed by Peter Allen Stone, assistant professor of theatre.

Viewing for UK Theatre and Dance’s free on demand online production of “Everybody” will begin at midnight (Friday), Nov. 20, and will run through 11:59 p.m. Sunday, Nov. 22. During this date range, you can view the performance anytime by clicking on this link: www.showtix4u.com/events/18649 (once clicked, you will have 48 hours to view the performance).

Like “Everybody,” the series will make several UK Theatre and Dance productions available on demand for viewing from the safety of your couch in the coming year. Other productions that will be presented this fall and spring as part of the Relevant Creativity Series are:

As events from the Relevant Creativity Series are completed, they will be made available on demand throughout the the rest of the fall and spring semesters. To keep up with this series’ upcoming productions, visit: https://finearts.uky.edu/theatre-dance/current-season.