Alicia Helm-McCorvey and Everett McCorvey kick off "Grand Night at Home" with "Stranger In Paradise" from "Kismet."

LEXINGTON, Ky. (June 18, 2020) — With live large-scale indoor musical theatre performances not on the horizon for the foreseeable future due to the COVID-19 pandemic, University of Kentucky Opera Theatre had to cancel its 28th production of its popular musical revue, “It’s a Grand Night for Singing!” But it does not mean you have to completely miss out on this cherished Central Kentucky summer arts tradition.

“The excitement of the cast, crew and our beloved audience makes June one of our favorite times of the year. While we are not able to be together in person this year, we're so excited to share with you ‘Grand Night at Home,’” said Everett McCorvey, director of UK Opera Theatre.

While “Grand Night” looks very different this year, several of the audience’s favorite cast and crew from over the years have come together to bring a little “Grand Night” magic to viewer’s homes. In addition, KET (Kentucky Educational Television) will rebroadcast the 25th anniversary production of the show this weekend.

And pencil in an evening of Broadway and Top 40 hits while staying healthy at home watching one of three broadcasts of the Emmy Award-winning 2017 performance of “It’s a Grand Night for Singing!” The 25th anniversary production will re-air: 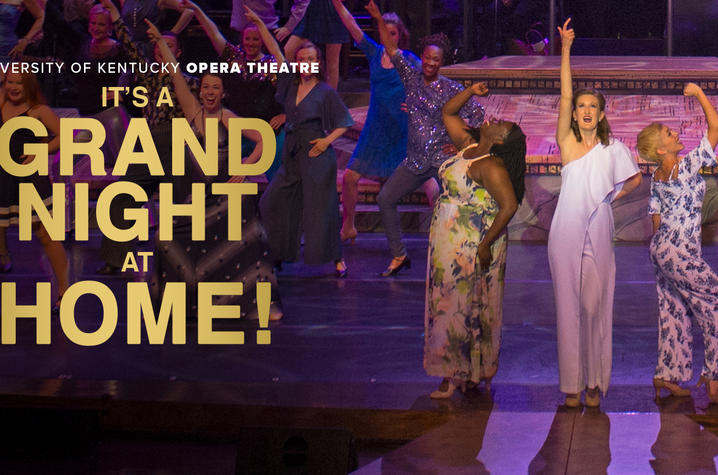 UK Opera Theatre launches series of videos with favorite cast and crew as part of "Grand Night at Home."