Watch a promo for UK Theatre and Dance's "Cabaret" above.

LEXINGTON, Ky. (Oct. 29, 2019) — When the curtain rises on the aspiring actors in University of Kentucky Department of Theatre and Dance’s production of “Cabaret,” one cast name in the program may sound more familiar to the sports fanatic in the audience than the typical arts patron.

This Thursday as “Cabaret” opens, UK Track and Field star Chloe Abbott will make her Guignol Theatre debut as one of the dancers at the award-winning musical’s Kit Kat Club. The theatre major with a minor in vocal performance will add triple threat to her already impressive college career as an athlete.

UKNow recently caught up with Abbott, a native of Northville, Michigan, to ask her about her UK story, when she developed her love of running and the arts, and her future plans on and off the track.  ​

UKNow: When did you start running?

Chloe Abbott: I started running in the eighth grade.

UKNow: When did you discover your love for singing and acting?

Abbott: I have always been a songbird. My mom says I was singing before I could even speak.​

UKNow: What was your favorite moment performing growing up?

Abbott: When I performed in “Anything Goes” as one of the angels at 11 years old! They let me sing “Blow, Gabriel, Blow” by myself! It was my fondest memory.​

UKNow: Who do you fangirl over or look up to in track? The arts?

Abbott: In track, I look up to Allyson Felix. She has always been my inspiration. I have always been told that we have the same body type and I run like her.

In the arts, I look up to Zendaya. The reason being she is a working actress, model, as well as a singer. She is able to do all three and be successful in all of it.​

UKNow: Running, theatre, singing — all three can be demanding. What made you want to continue pursuing theatre while competing in college?

Abbott: I knew that if I did not run track in college, I would not be in college. So that was the motivation enough. Making sure that I landed a scholarship so I can get my college paid for was the number one goal. But I knew that I was not myself if I did not have the arts incorporated in my schedule. I was willing to go through whatever it took to make sure I had both track and performing arts.

UKNow: Earlier this fall you sang in front of Big Blue Nation. What did it feel like to sing the National Anthem in front of the UK Football fans at Kroger Field?

Abbott: It was probably one of the most rewarding, most exhilarating performances I have ever done. Performing in front of 62,000 people is something that stays with you forever. I feel like God is showing me what my life will be like through major opportunities he has provided.​

UKNow: Is there something from competing in running that you feel makes you a better artistic performer?

UKNow: Vice versa, is there something from your arts pursuits that helps you when you compete?

Abbott: Yes. My coaches and my family have always told me that the track is my stage. Basically, treat the track like I would the actual stage. My family has always said to “Put on a show and make them remember you!” That helped me turn track into a performance, which made it a lot easier to succeed.​

UKNow: What made you try out for “Cabaret?”

Abbott: I have always wanted to do a main stage production while I was in college. I was never able to because of the time demanding schedule in both theatre and track. But finally, my schedules have aligned, and both the director of the show and my head coach are willing to work with me and allow me to do this!​

UKNow: As a college athlete and cast member, what does a day look like for you as you prepare for the show?​

Abbott: I normally wake up at 6 a.m. for morning weightlifting session. I then make breakfast for myself. Then I normally have class from 10 until 3:15. That allows me about 15 minutes to get from class to practice. Then I have actual running practice from 3:30 to 5:30. That leaves me about 20 minutes to get from track practice to theatre practice. But I normally rush to get food real fast because by that time I have exerted all of my energy into track practice. Then I practice for “Cabaret” from 6 to 9 depending on when Anne wants us there. And then I start all over the next day!​

UKNow: What’s your favorite moment from the show?

Abbott: My favorite moment so far has to be the “Don’t Tell Mama” number. I really like singing and dancing to that song! I feel like I my natural character in that song. I also like the fact that my character as well as the other Kit Kat girls help finish the perfection of this show!! The Kit Kat numbers give the show life and energy!!​

UKNow: Is there a particular mentor or mentors at UK, who helped you achieve your various dreams?

Abbott: Yes! My head coach Lonnie Greene is definitely one of my biggest inspirations and motivators and mentors. I also really have an appreciation for Anne (Anne McAlexander), the director of “Cabaret.” She was the first director to actually take a chance on me and my schedule and allow me to really thrive in the show. And for that I am truly grateful! I’m so blessed that she is the first and last director I will be working with here at Kentucky for a main stage performance.​​

UKNow: What would you like to try next artistically?

Abbott: I really want to be a professional supermodel. I have been studying and working on that newfound aspiration. But my forever goal is to always work as an actress on camera! I don’t know what’s next for me, but I know I will be on a stage in the near future!! Just you wait!

Abbott is a four-time All-American sprinter, who transferred to UK from Purdue University. She specializes in the 400-meter dash. Abbott has also performed the National Anthem at a UK Men’s Basketball game at Rupp Arena during the spring semester. You can follow her online on Twitter, YouTube and Instagram.

A modern American musical theatre classic, "Cabaret" was turned into an Academy Award-winning film in 1972 starring Liza Minelli and is the recipient of 12 Tony Awards and eight Oscars. UK Theatre and Dance’s production is based on the 1998 stage production where American writer, Cliff Bradshaw, takes a train to Berlin in 1931, and has his life forever changed. Cliff, Sally, the Emcee and the dancers of the Kit Kat Club take audiences on a seductive journey through the decadent cabaret lifestyle and seedy underground of Weimar Berlin as the shadow of Nazism slowly begins to creep into life as they know it.

"Cabaret" takes the spotlight 7:30 p.m. Thursday-Saturday, Oct. 31-Nov. 2, and 2 p.m. Saturday and Sunday, Nov. 2 and 3. Tickets to "Cabaret" are $15 for students with a university ID and $20 for the general public. To purchase tickets to UK Theatre and Dance's productions at Guignol Theatre, contact the Singletary Center ticket office at 859-257-4929, visit online at www.scfatickets.com, or visit the ticket office in person. 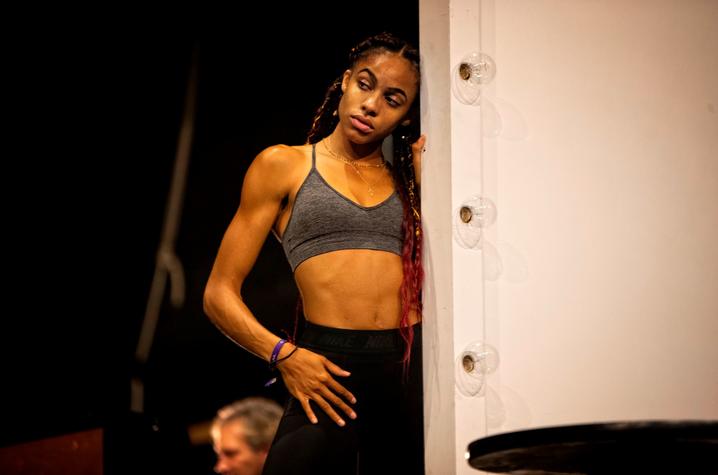 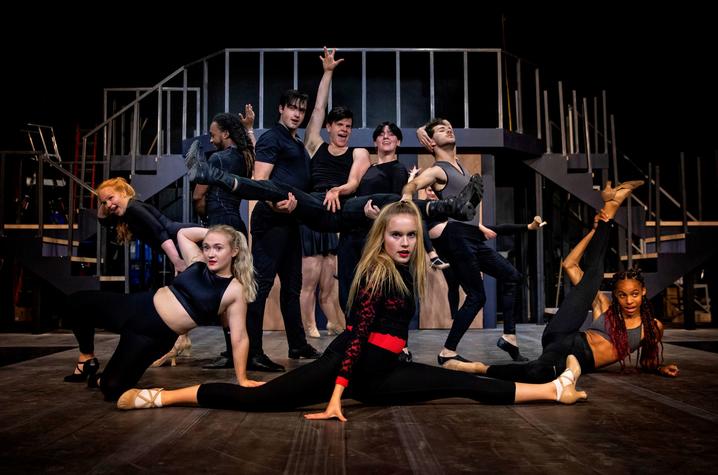