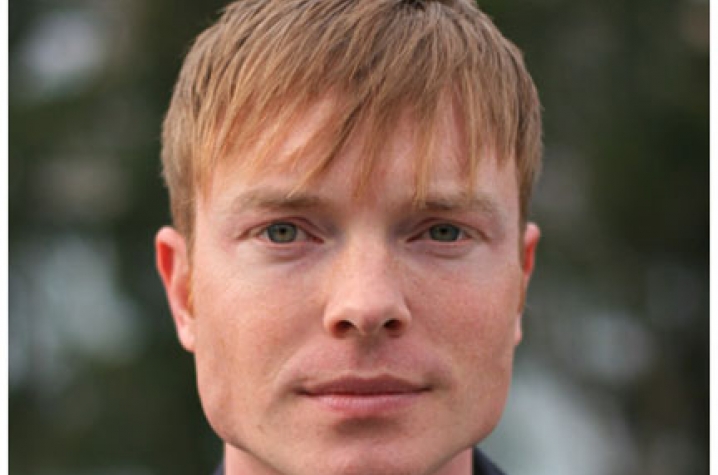 LEXINGTON, Ky. (Oct. 16, 2009) - Award-winning composer John Mackey will visit the University of Kentucky for the performances of his music for band, including "Redline Tango," "Aurora Awakes" and "Strange Humors." The composer's music will be featured in two concerts performed by UK Symphony Band and UK Wind Ensemble. The UK Symphony Band Concert is scheduled for 7:30 p.m. Wednesday, Oct. 21. The UK Wind Ensemble concert follows at 7:30 p.m. Thursday, Oct. 22. Both concerts, which are free and open to the public, will be held in the Singletary Center for the Arts Concert Hall.

In February 2003, the Brooklyn Philharmonic premiered Mackey’s "Redline Tango." The Dallas Symphony, under Andrew Litton, performed the piece in both Dallas and Vail in 2004, and again in 2005 with the Minnesota Orchestra. Mackey made a new version of the work for wind ensemble in 2004 -- Mackey's first work for winds -- and that version has since received hundreds of performances worldwide. "Redline Tango" won the 2004 Walter Beeler Memorial Composition Prize and the highly prestigious Ostwald Prize from the American Bandmasters Association in 2005.

The UK Wind Ensemble performed the world premiere of Mackey’s "Turbine" for concert band in February 2006. This will be Mackey’s second visit to the UK School of Music.

For more information on either of the UK concerts featuring work by composer John Mackey, contact the UK Bands at (859) 257-2263, or visit online at www.ukbands.org.