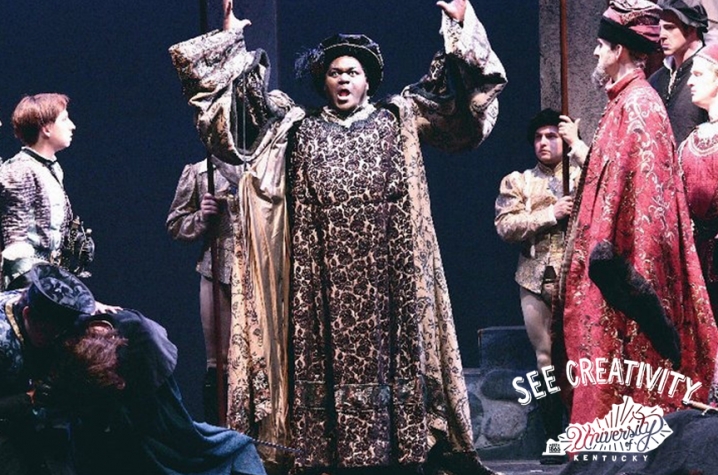 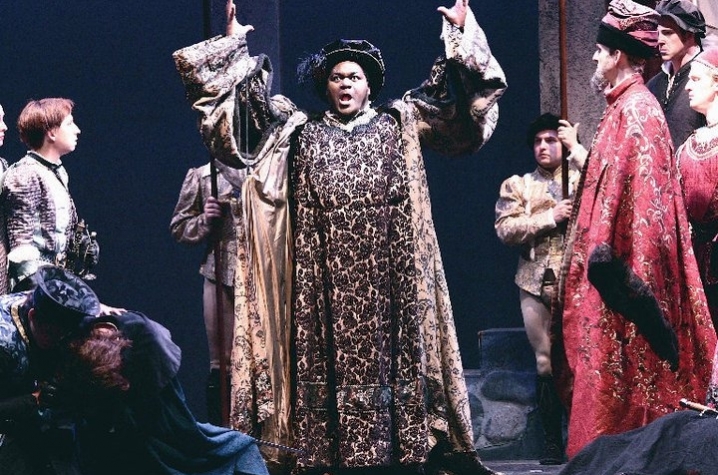 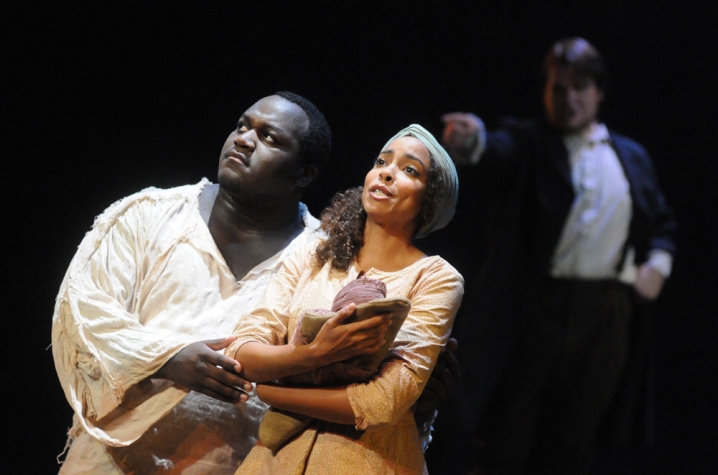 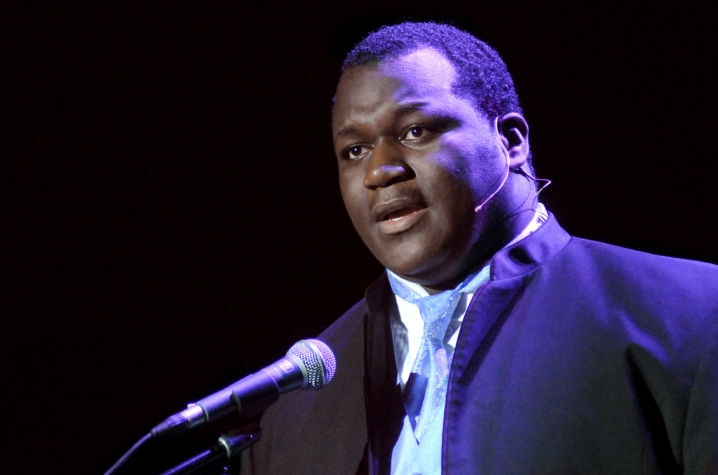 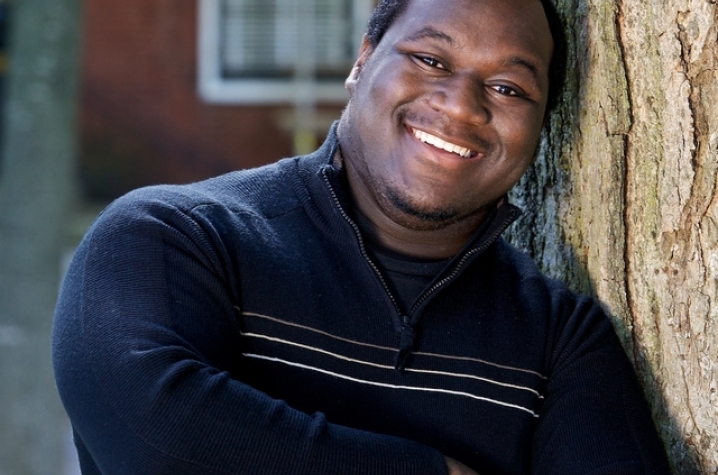 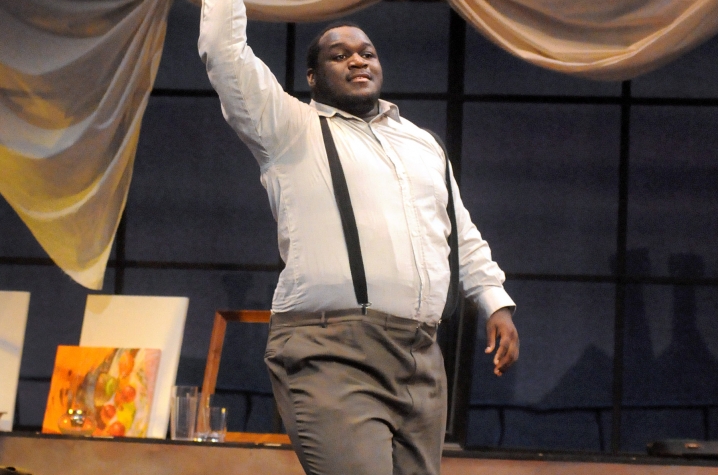 "A Woman is a Sometime Thing" performed by Reginald Smith Jr. in UK Opera Theatre's production of "Porgy and Bess." Video courtesy of Smith. A transcript for this video can be found here.

LEXINGTON, Ky. (March 25, 2015) — University of Kentucky alumnus Reginald Smith Jr. has taken one of the five winning spots in the Metropolitan Opera National Council Auditions after competing against eight other vocalists in the grand finals concert March 22 at the Metropolitan Opera. Smith is the second UK vocalist to win the prestigious opera competition.

"I am so proud of Reggie. It couldn't have happened to a kinder person," said Everett McCorvey, director of UK Opera Theatre and the Lexington Opera Society Endowed Chair in Opera Studies. "Reggie has worked hard his entire young career. He was an incredible citizen in our program when he matriculated at the University of Kentucky, and it's wonderful to see all of that hard work paying off. This is a great day for the University of Kentucky, the College of Fine Arts and for the UK Opera Program. It also speaks to the quality of the comprehensive training that the students are receiving in the UK School of Music. I couldn't be prouder of all of our students and faculty."

As part of the finals, Smith, a baritone, performed with the Metropolitan Opera Orchestra, conducted by Fabio Luisi. He advanced to the semifinals and finals at the Met out of the Southeastern Region held in Atlanta, Georgia. Among Smith's competitors in the semifinals was bass and UK student Matthew Turner, who took first place at the regional in Lexington studies with McCorvey, as well as Dennis Bender, associate professor of voice.

Smith, a 2007 graduate of DeKalb School of the Arts in Georgia, has been singing since he was a child, but his love for opera didn't come until later. It wasn't until he went to his first opera, "Tosca," that he realized he had an interest in the art form. At the age of 15, Smith was selected to attend the American Institute of Musical Studies in Austria. It was there that he met McCorvey for the first time.

A 2013 choral music education and vocal performance graduate of UK, Smith came to UK Opera Theatre as a 2007 Alltech Vocal Scholar where he studied under McCorvey during his undergraduate years. While at UK, he compiled several performance and competition credits including bass solos in Wolfgan Amadeus Mozart's Coronation Mass and Fauré Requiem with the UK Chorale and a solo in performance with the Lexington Philharmonic.

During his time at UK, Smith appeared in UK Opera Theatre productions of "Falstaff," Porgy and Bess," "Romeo and Juliet," "Pirates of Penzance," "Die Fledermaus," "The Magic Flute," "La Bohème" and "River of Time." He also performed every season of his college years in "It's a Grand Night for Singing" and earned an invitation to attend an elite summer program at the Seagle Music Colony, the oldest summer vocal training program in the U.S.

The Met holds the auditions to discover new talent and to search for possible participants in the Lindemann Young Artist Development Program. The Lindemann program, designed to nurture the most talented young artists through training and performance opportunities, provides financial aid together with supervised artistic direction to the young artists.

Tenor and UK Artist-in-Residence Gregory Turay was the first UK vocalist to be named a winner at the Metropolitan Opera National Council Auditions in 1995.

The highly acclaimed UK Opera Theatre program is part of the UK School of Music at the UK College of Fine Arts. For more information on the program, visit online at http://finearts.uky.edu/music/ukot.