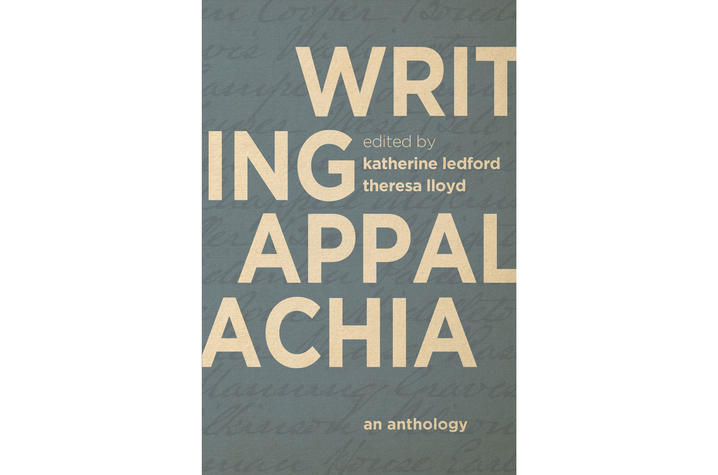 “Writing Appalachia” features dozens of authors born into or adopted by the region over the past two centuries and showcases for the first time the nuances and contradictions that place Appalachia at the heart of American history.

LEXINGTON, Ky. (March 10, 2020) — Despite the stereotypes and misconceptions surrounding Appalachia, the region has nurtured and inspired some of the nation's finest writers. “Writing Appalachia: An Anthology,” published by the University Press of Kentucky and edited by Katherine Ledford and Theresa Lloyd, features dozens of authors born into or adopted by the region over the past two centuries and showcases for the first time the nuances and contradictions that place Appalachia at the heart of American history.

The anthology has received advanced praise from Morris Grubbs, coeditor of “Every Leaf a Mirror: A Jim Wayne Miller Reader” and assistant dean and director of The Graduate School at the University of Kentucky.

"Ledford and Lloyd have found the gateway to a region of literary riches, at once beautiful and sublime, by turns abundant and despoiled, and too often misrepresented and misunderstood,” Grubbs said. “Hearing the chorus of clear and powerful voices represented here will surely help lift a veil that has for so long obscured many truths about the region. At last Appalachia is revealed in its full panorama. The collective story is both triumphant and heartrending."

Slave narratives, local color writing, folklore, work songs, modernist prose — each piece explores unique Appalachian struggles, questions and values. The collection also celebrates the significant contributions of women, people of color and members of the LGBTQ community to the region's history and culture. Alongside southern and central Appalachian voices, the anthology features northern authors and selections that reflect the urban characteristics of the region. As one text gives way to the next, a more complete picture of Appalachia emerges — a landscape of contrasting visions and possibilities.

The University Press of Kentucky is the scholarly publisher for the Commonwealth of Kentucky, representing a consortium that includes all of the state universities, five private colleges and two historical societies. The press’ editorial program focuses on the humanities and the social sciences. Offices for the administrative, editorial, production and marketing departments of the press are found at the University of Kentucky, which provides financial support toward operating and publishing expenses.