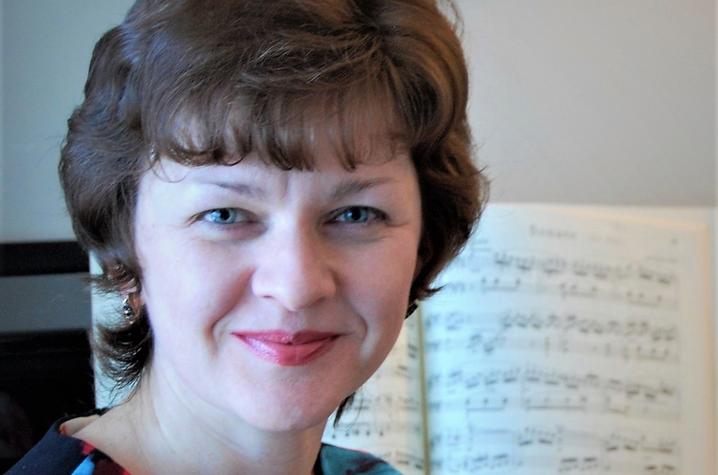 LEXINGTON, Ky. (Oct. 24, 2019) — The University of Kentucky School of Music will present a guest piano recital by renowned pianist Elena Dorozhkina, performing Pyotr Tchaikovsky's Grand Sonata, which is rarely heard live due to its extreme difficulty. The recital, which is free and open to the public, will begin 7:30 p.m. Monday, Oct. 28, at Singletary Center for the Arts Recital Hall.

During the recital, Dorozhkina will perform an all-Russian program featuring works composed by Tchaikovsky and Sergey Rachmaninov. Tchaikovsky, one of the luminaries of the Russian school of romantic composition, is widely recognized for his symphonies, operas, ballets, concerti, chamber music, solo piano music, and songs for voice and piano. The piece Dorozhkina will perform, Grand Sonata in G Major, Op. 37, is the first truly classical Russian sonata, the benchmark of its genre for the following generation of Russian composers. Rachmaninov was a Russian virtuoso pianist, composer and conductor of the late Romantic period, some of whose works are among the most popular in the romantic repertoire.

In addition, Dorozhkina will also present a masterclass for graduate students at UK during her visit to campus. This event, which is also free and open to the public, will run 12:30-1:50 p.m. Tuesday, Oct. 29, in Fine Arts Building Room 17.

Before moving to the U.S., Dorozhkina graduated from the renowned Saint-Petersburg State Music Conservatory, Russia, with degrees in piano performance, collaborative piano and piano pedagogy, and earned her doctorate in piano performance from the University of North Texas. She has performed solo and collaborative recitals in concert halls throughout the United States, Germany, Czech Republic, Russia and Ukraine. Dorozhkina has won prizes in several international piano competitions in the U.S. and abroad.

Most recently, Dorozhkina served as a director and piano instructor at the Music Preparatory School at Clayton State University in Morrow, Georgia; piano instructor at Atlanta International School in Atlanta; and chair of the Atlanta Piano Festival. Currently, she is president of the Atlanta Music Teachers Association. With over 20 years of teaching experience, Dorozhkina provides private piano lessons in her home studio in Avondale Estates, Georgia.