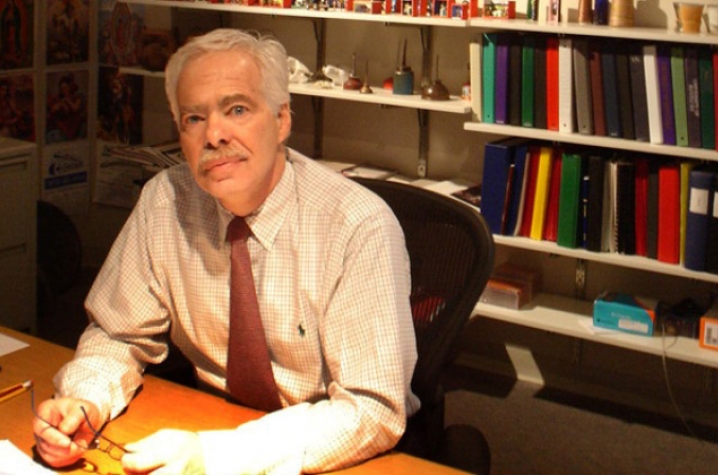 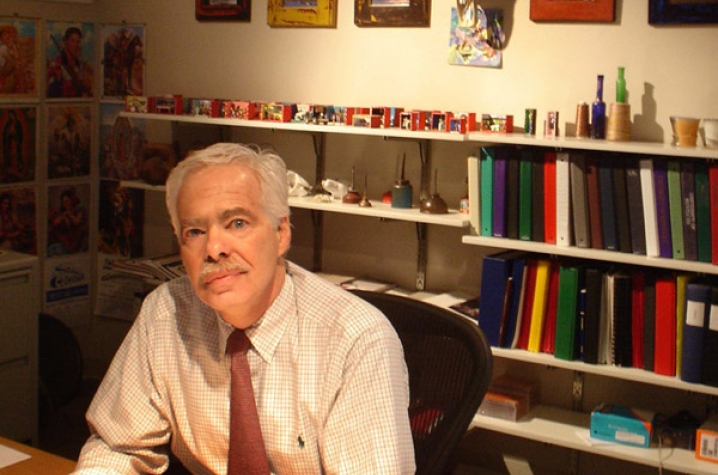 LEXINGTON, Ky. (Sept. 10, 2009) - Robert Shay, dean of the University of Kentucky College of Fine Arts, has announced he will resign that position June 30, 2010. Shay, who was appointed to the position in June 1998, was instrumental in advancing the work of the college throughout the Commonwealth and the world, from helping create the nation's first fine arts extension program for Kentucky and supporting the university's arts students and faculty as they performed in the national and international arena.

Shay will continue as faculty in the UK College of Fine Arts, sharing his knowledge and expertise as an international talent in ceramics.

"Dean Shay has led our College of Fine Arts for over a decade with dedication. Notable among his accomplishments during this time has been the emergence of the School of Music as a significant artistic force in the region. I am grateful for his service, and wish him well as he returns to the faculty," said UK Provost Kumble Subbaswamy.

As dean of the UK College of Fine Arts, Shay has led and helped shape the success of UK's Arts Administration Program, Department of Art, Department of Theatre School of Music and Singletary Center for the Arts. During his tenure, he established CONTOURS magazine to promote faculty and student research, added 10 faculty positions to the college bringing the number of total faculty to 78, increased the percentage of minority faculty from 13.2 to 16. 6, and increased the college's overall budget from approximately $7 million to $9 million. In addition to maintaining accreditation by the Southern Association of Colleges and Schools, Shay helped the UK Department of Art attain an additional accreditation from the National Association of Schools of Art and Design and aided UK Department of Theatre as it has begun the accreditation process with the National Association of Schools of Theatre. The college has also increased funding for the Singletary Center and will submit a proposal for the addition of a graduate degree in arts administration in the coming year.

Shay also worked hard to advance development funding for the college, raising funds to establish the Fine Arts Computer Lab and to establish special initiatives like the Abercrombie Visiting Artists and Scholars program and the Dean's Circle. He also initiated the current Reynolds Building renovation project that will help update the university's art facilities.

In recent years, UK's arts programs have expanded their outreach efforts in the Commonwealth with the development of the state's fine arts extension program. In 2005, Shay teamed up with UK College of Agriculture's dean, Scott Smith, and the late Larry Turner, then director of Cooperative Extension, to design what is believed to be the nation's first fine arts Extension program. The cutting-edge community and economic development program helps communities highlight the arts and boost arts education. Starting with an agent and award-winning program in Pike County, the Extension program has now expanded to a total of three counties with the addition of agents in Greenup and Muhlenberg counties.

Outside of numerous appearances, tours and programs presented nationally and internationally featuring UK's art, music and theatre faculty and students, the college has also reached out internationally to other educational institutions. They helped to establish the Confucius Institute partnering with the University of Shanghai and more recently submitted a plan for a partnership with Princess Nora University in Saudi Arabia.

Shay holds a master of fine arts degree from the University of Wisconsin in Madison and master of art and bachelor of science degrees from New York University. His artwork has been exhibited throughout the U.S. and internationally in countries such as Italy, Norway, Iceland and Australia. During his tenure as dean, Shay maintained his art studio and he continues to exhibit his works in various galleries.

Provost Subbaswamy will appoint a committee to carry out a national search for Dean Shay’s successor.