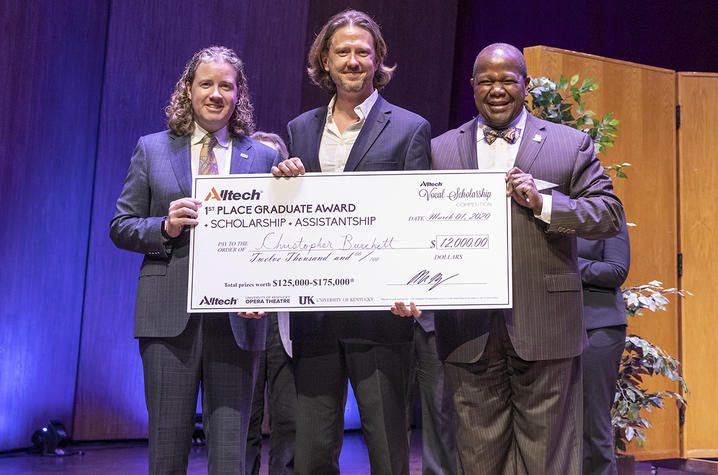 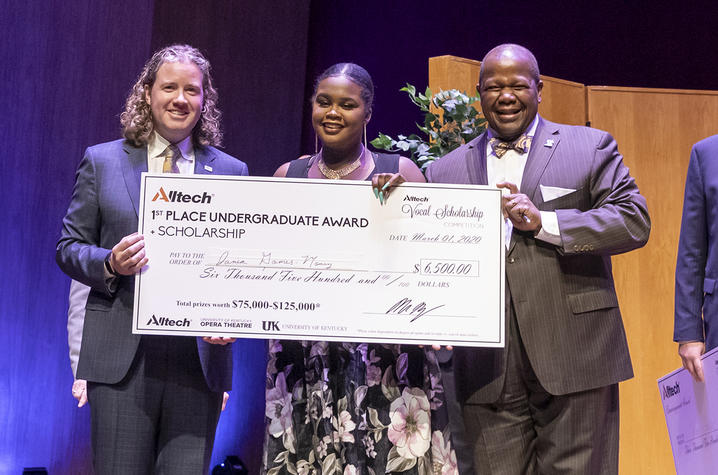 LEXINGTON, Ky. (March 11, 2020) — Eighteen hopeful graduate and undergraduate students took the stage at the Alltech Vocal Scholarship Competition to vie for more than $700,000 in scholarships and prizes and an opportunity to join the University of Kentucky Opera Theatre.

The winners of the 2020 Alltech Vocal Scholarship Competition are:

Finalists were scored on voice, technical skill, interpretation, accuracy and appearance by three judges: Barbara Lynn Jamison, Kentucky Opera’s chief artistic and executive officer; Thomas King, a tenor who has performed in five world-premiere operas and numerous recitals throughout the U.S., Germany and Austria; and Kevin Short, a bass-baritone who trained at the Julliard School of Music’s American Opera Center, and winner of numerous competitions and awards.

The Lyons family has long believed that the arts are essential to creativity and imagination. Alltech’s founder, the late Pearse Lyons, was an avid supporter of the arts. His friendship with Everett McCorvey, director of UK Opera Theatre, inspired what is now one of the largest vocal scholarship competitions in the world.

“Author Julie Connor wrote that passion fuels dreams, and commitment fuels action,” said Mark Lyons, president and CEO of Alltech. “The legacy of my father to encourage the next generation as they pursue their dreams is preserved by this competition. We thank the students, Dr. McCorvey and the team at the UK Opera Theatre for putting his bold vision into action.”

Since the competition began in 2006, more than 160 students have been empowered to chase their operatic ambitions and receive an education in the arts. Winners have received over $1.4 million in cash prizes and over $6.1 million in scholarships and assistantships. This totals more than $7 million in collaborative investment into the lives of students who wish to pursue a career in the arts at UK.

The competition attracts top vocal performers from around the world, helping them overcome financial barriers and paving their way to a successful career. It is credited for being a driving force behind making UK Opera Theatre a world-renowned program.

Winners have traveled the world — performing, teaching and providing inspiration to others. In Kentucky, they infuse art into the community through performances such as “A Grand Night for Singing!” and the annual Alltech Celebration of Song.