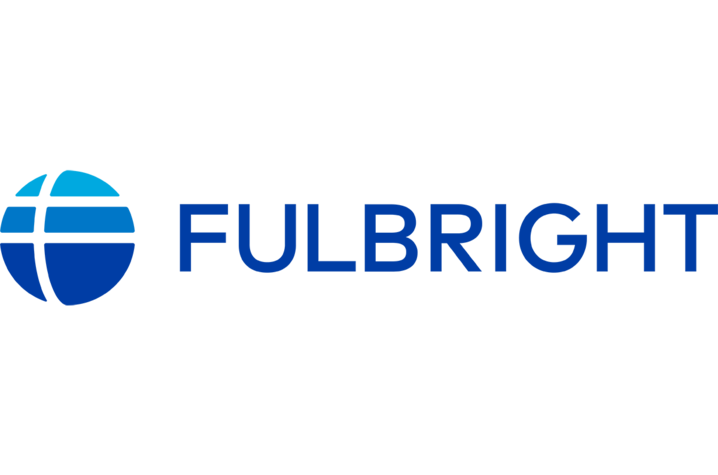 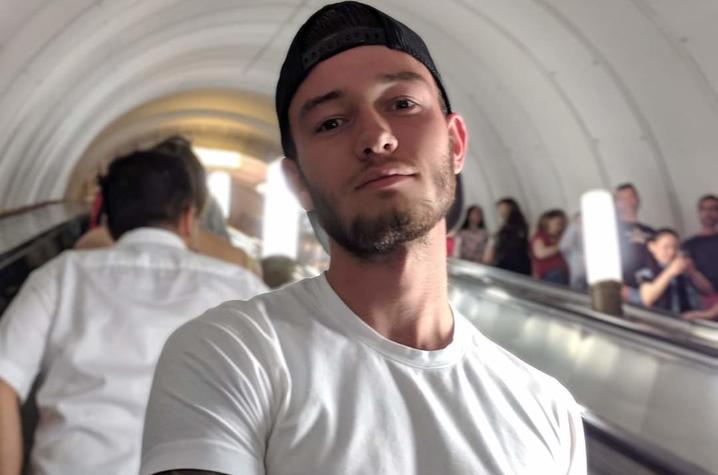 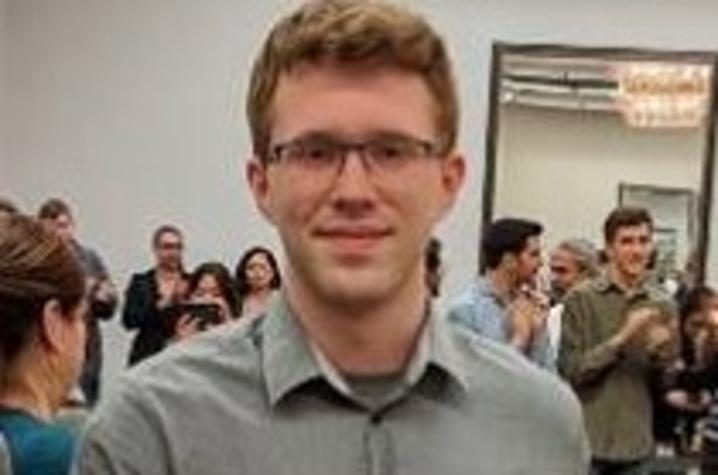 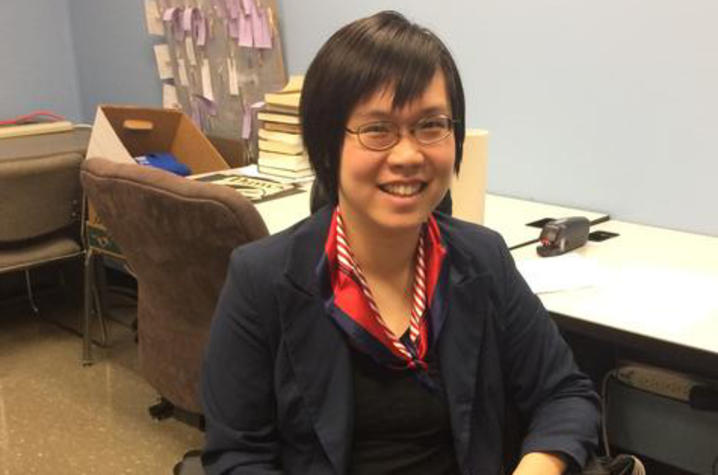 LEXINGTON, Ky. (June 5, 2020) — University of Kentucky Office of Nationally Competitive Awards has announced that five recent UK graduates and alumni have been offered Fulbright U.S. Student Program scholarships. The UK recipients are among approximately 2,100 U.S. students who will travel abroad for the 2020-21 academic year.

The UK students and alumna awarded Fulbright grants are:

In addition, two alumni received Fulbright honors. Jakob Burnham, a history doctoral student at Georgetown University was awarded the 2020 Fulbright-Nehru Open Study/Research award from India. Burnham, who applied for his honor through Georgetown, is a native of Elizabethtown, Kentucky. He earned his UK bachelor’s degrees in international studies and modern and classical languages/French and Francophone studies in 2016. David Wakaba, a native of Louisville, Kentucky, applied for his Fulbright English Teaching Assistantship (ETA) with the assistance of the UK Office of Nationally Competitive Awards. He will teach in South Korea. Wakaba earned his bachelor’s degree in political science from UK in 2018.

Evan Lenzen, the son of Jeffery Lenzen of Woodstock, Illinois, and Tracy Lenzen of Barrington, Illinois, is a recipient of a Fulbright ETA to teach in the Ukraine.

Lenzen is excited for the opportunity to teach and get experience of his own using his studies in Russian. “This scholarship will further my experience in the Eastern European regions and will be a great way for myself to build upon my Russian and Ukrainian languages. This will also be a great way to kick-start a career in foreign services.”

The Fulbright recipient credits UK mentors for preparing him for this experience abroad. “Professor Anna Voskresensky has been an incredible source of inspiration and drive for myself to seek out Russian and Eastern European culture. Without her I would never have been introduced to this area that excites me so much,” Lenzen said. “Mr. Anthony Dotson of the Veteran's Resource Center at the University of Kentucky gave me the inspiration for my supplementary project aimed at working with veterans. I plan on structuring the work much like his course at UK.”

Upon completion of his Fulbright, Lenzen plans to attend law school.

Anthony Trufanov, the son of Olga Kuzina and Dimitri Trufanov, of Hawthorn Woods, Illinois, is the recipient of one of only two Fulbright Debate Coach/Trainer Awards in Taiwan. As part of this award, he will spend 11 months coaching and building up debate programs in the country’s top schools; building up a debate circuit and operating local tournaments; training others to coach; and organizing a debate camp.

A national debate champion at UK, Trufanov is well-suited to take on this challenge. “I've been on the debate team here at UK for all four years. My time with the team was the highlight of my college experience. I've learned and accomplished a lot. But a core component of the team's mission with which I have had only limited opportunity to engage is expanding access to debate, both in the U.S. and internationally. I’m excited to be a part of spreading debate around the world. I believe exposure to debate can be transformative and am honored by the chance to help make that happen for more people.”

In addition to being part of the debate team at UK, Trufanov has also been active in a variety of projects related to his studies in the College of Arts and Sciences. As part of his political science capstone, he explored military modernization through international arms purchasing contracts as an avenue of diversionary foreign policy. Trufanov also worked on an independent research project about what public statements issued by Soviet authorities during the Cuban missile crisis can tell us about the impact of communist doctrine on Soviet nuclear policy. Each summer of college, he worked at debate institutes at Northwestern University, Georgetown University and Dartmouth College.

Trufanov credits debate coach Dave Arnett, in the College of Communication and Information, for bringing this specific Fulbright to his attention, as well as two other coaches, Lincoln Garrett and Casey Harrigan. “Debate at UK wouldn't exist, and certainly wouldn't be the amazing opportunity that it is, without their efforts.”

Like Lenzen, he is also grateful for the opportunity to study with Voskresensky, who “ignited a passion and curiosity about my culture and about teaching … that are likely to have an enormous impact on my future. I can't hope to match her level of dedication to her students, but hopefully I can at least honor it.”

Upon completion of his Fulbright experience, Trufanov would like to pursue a master's degree in security studies.

Shelley Zhou, daughter of Dr. Heshan Sam Zhou and Dr. Xiaomei Rao, of Louisville, is the recipient of a Fulbright Research Grant, which she will use to expand her graduate research on the history of illustrated children’s stories in China.

“My Fulbright U.S. Student Grant will allow me to expand my master’s research on the history of illustrated Chinese children’s stories (lianhuanhua) at Fudan University in Shanghai, China,” Zhou said. “As a wheelchair user, I also hope to engage with Chinese people who have disabilities. By communicating freely with people in Shanghai, I will be able to both advance my research and help Chinese wheelchair users create more accessible spaces for themselves.”

History was Zhou's passion from an early age. “Since cerebral palsy limits my mobility, I have loved reading and history since childhood. My parents emigrated from China to the United States; studying modern and contemporary Chinese history has helped me begin to better understand their experiences (as well as the experiences of their generation in China more generally).”

A recipient of a 2015 Critical Language Scholarship to study Mandarin Chinese in Beijing, China, Zhou holds both a bachelor’s degree and master’s degree in history from UK. During her undergraduate years, she completed two research projects on youth and education during China’s Cultural Revolution. Her master’s thesis specifically explored Chinese children’s stories from the 1960s-1970s.

Zhou believes these research experiences and mentorship from graduate advisors, Karen Petrone and Emily Mokros, in the UK Department of History, and Liang Luo, in the Department of Modern and Classical Languages, Literatures and Cultures has prepared her for her next chapter. “Each of them has helped me grow as a scholar and a person throughout my years in college and graduate school so far. From reading through my essays to coaching me through some anxious moments, they offered their support at every step of the Fulbright application process and beyond. Thanks to their mentorship, I feel well prepared to continue my research at Fudan.”

After completion of her Fulbright, Zhou plans to pursue a doctoral degree in Chinese history.

In addition to the four UK Fulbright recipients, one UK alumna was named an alternate for a Fulbright/America for Bulgaria Foundation English Teaching Assistant Award. Lauren Jacobson, a 2019 political science and psychology alumna and Peace Studies Certificate recipient with a minor in international studies, is a native of Paris, Kentucky. UK had 10 semifinalists for 2020-21 Fulbrights.

Since its establishment in 1946 under legislation introduced by the late U.S. Senator J. William Fulbright of Arkansas, the Fulbright Program has given more than 390,000 students, scholars, teachers, artists and scientists the opportunity to study, teach and conduct research, exchange ideas and contribute to finding solutions to shared international concerns. Fulbright alumni have achieved distinction in government, science, the arts, business, philanthropy, education, and athletics and won such prestigious honors as the Nobel Prize, Pulitzer Prize, MacArthur Foundation Award, and the U.S. Presidential Medal of Freedom. The Fulbright U.S. Student Program is administered by the Institute of International Education. For further information about the Fulbright Program, visit the website http://eca.state.gov/fulbright.

UK students who are U.S. citizens may apply for the Fulbright U.S. Student Program scholarships through the university’s Office of Nationally Competitive Awards. Part of the Chellgren Center for Undergraduate Excellence within the Division of Student and Academic Life, the Office of Nationally Competitive Awards assists current UK undergraduate and graduate students and recent alumni in applying for external scholarships and fellowships funded by sources (such as a nongovernment foundation or government agency) outside the university. These awards honor exceptional students across the nation. Students who are interested in these opportunities are encouraged to begin work with the office well in advance of the scholarship deadline. Staff is available for virtual appointments to discuss opportunities for the 2020-2021 academic year and beyond.