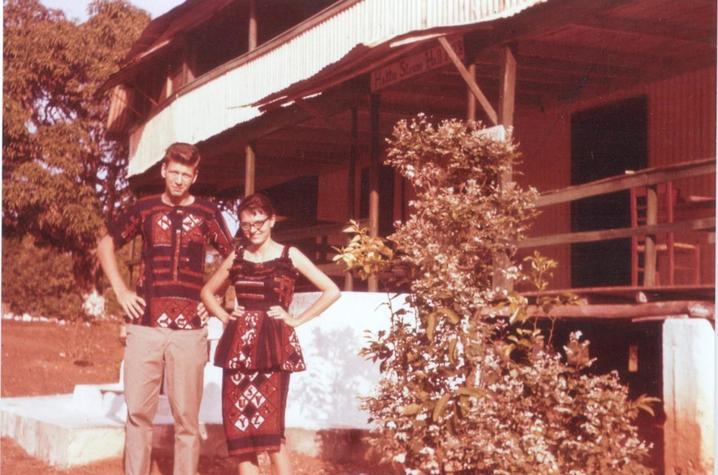 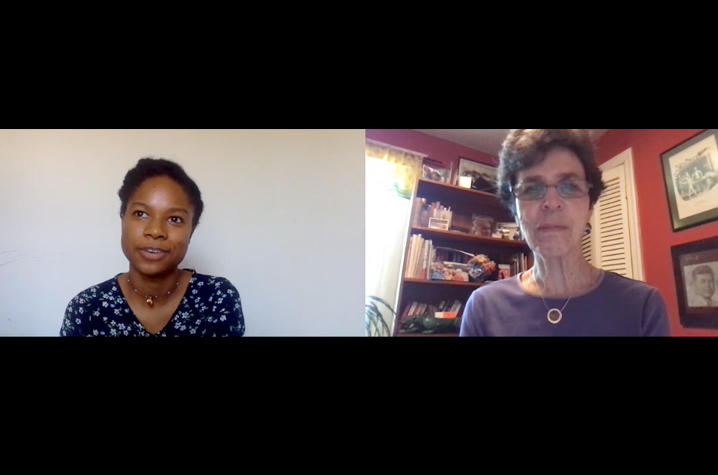 LEXINGTON, Ky. (April 2, 2021) — On March 1, 1961, President John F. Kennedy signed an executive order that established the Peace Corps as a volunteer agency in the U.S Department of State. Sixty years later, as the agency celebrates its diamond anniversary, University of Kentucky Libraries’ Louie B. Nunn Center for Oral History is continuing its work with local and national partners to preserve many of the stories and experiences of the more than 241,000 Americans who have served in the Peace Corps.

From stories of volunteers evacuated from their host countries at the onset of the COVID-19 pandemic to accounts from some of the first groups to volunteer with the agency, the Nunn Center has helped the Returned Peace Corps Volunteers (RPCVs) collect and preserve a wide array of interviews with former volunteers from 1993 to the present.

“The Peace Corps interviews document individual stories, but they also record incredible details about countries and cultures around the world during the time of service,” Nunn Center Director Doug Boyd said. “The RPCVs are not only talking about their own personal experiences and lives, but providing rich details about the communities where they lived and the people with whom they collaborated.”

The Nunn Center launched its first partnership associated with the Peace Corps in 2004, collaborating with Angene Wilson, emeritus professor of education, and her husband, Jack, who conducted nearly 100 interviews with RPCVs with connections to Kentucky.

Because of the Nunn Center’s work with this project, Boyd was contacted in 2020 by the national Returned Peace Corps Volunteer Oral History Archives Project, a project, conducted by former Peace Corps volunteers, that was looking for a new partner to continue preserving the Peace Corps experience through in-depth interviews. The new partnership kicked off in June 2020 and has since spawned nearly 200 interviews in just the first nine months.

“The national project launched just as we were pivoting to remote interviews due to COVID-19,” Boyd said. “It was a major pivot, implementing a new remote interviewing platform called ‘TheirStory’ and we moved all our workflows and forms to online formats.”

The Nunn Center held webinar-style trainings to teach the new platform and workflows to volunteer interviewers, who then began conducting remote interviews with RPCVs from across the country.

“The Returned Peace Corps Volunteer Oral History Archives Project has benefited tremendously from our partnership with the Nunn Center,” coordinator Evelyn Ganzglass said. “With their help, we are upping our game in terms of the training and support of interviewers.”

In addition to conducting over 150 interviews with RPCVs from across the country as part of the national project, the partnership also generated a special project in 2020 to document the stories of volunteers evacuated from their host countries at the onset of the COVID-19 pandemic. Known as the “Evacuated Peace Corps Volunteers Oral History Project,” the initiative garnered 58 interviews, 50 of which have been indexed by the Nunn Center and volunteer RPCVs using the Nunn Center’s groundbreaking OHMS (Oral History Metadata Synchronizer) technology.

As part of the partnership, the National Peace Corps Volunteer Oral History Archives Project and the Nunn Center also collaborated on the “Many Faces of Peace Corps” initiative, which seeks to shed light on the experiences of RPCVs who identify as members of a non-majority group in the United States.

In 2011, Angene and Jack Wilson published “Voices from the Peace Corps: Fifty Years of Kentucky Volunteers” based on their interviews housed in the Returned Peace Corps Volunteers (Kentucky) Oral History Project. The University Press of Kentucky is releasing the book in paperback in July with a new foreword by the current president and CEO of the National Peace Corps Association Glenn Blumhorst and a new series foreword by Boyd.

The Nunn Center for Oral History at UK Libraries' Special Collections Research Center is recognized around the world as a leader and innovator in the collection and preservation of oral histories. The center is home to over 14,500 oral history interviews that provide a unique look into Kentucky and American history and represent an irreplaceable resource for researchers today and generations from now. The Nunn Center’s collections focus on 20th century Kentucky history, Appalachia, Kentucky writers, agriculture, Black history, the history of education, politics and public policy, the civil rights movement, veterans, the university, health care, as well as the coal, equine and Kentucky bourbon industries.