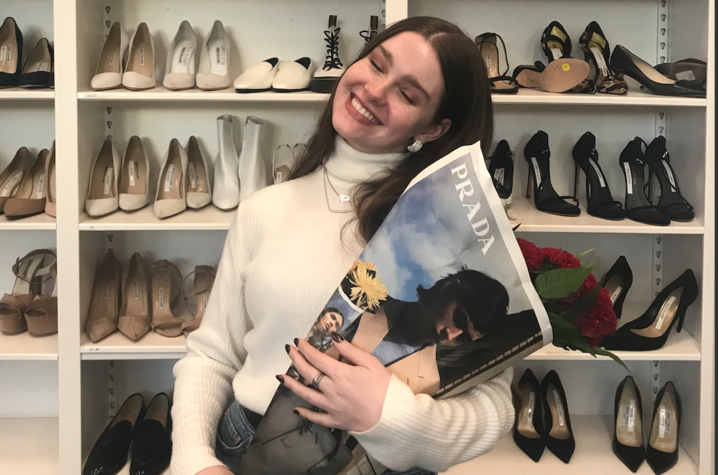 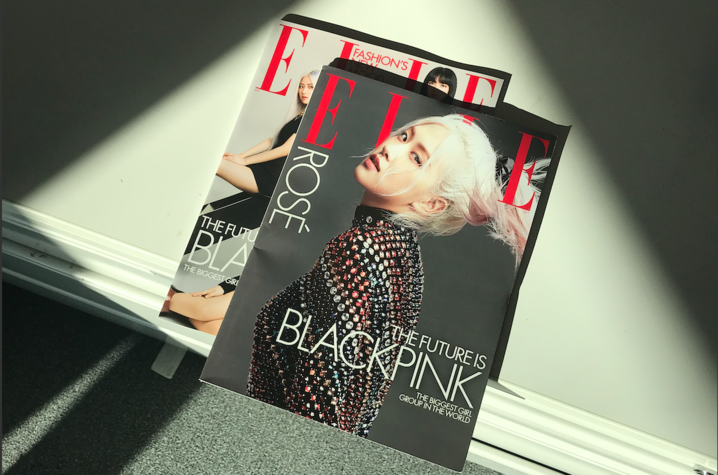 LEXINGTON, Ky. (May 3, 2021) — From Kentucky to Los Angeles to New York, one University of Kentucky College of Communication and Information alumna's passion for fashion has taken her from coast to coast and landed her in one of the fashion capitals of the world.

Madison Rexroat, a 2018 communication and marketing graduate, knew from a young age that she wanted to work in the fashion industry. Her dreams of becoming the next Anna Wintour manifested themselves in the early 2000s by dressing up her Bratz and Barbie dolls to cutting up magazines to create unintentional mood boards. And with plenty of perseverance and professional positions under her belt, she’s managed to find a spot for herself at one of the world’s largest fashion magazines — ELLE.

Since August 2019, Rexroat has served as one of the powerhouse publication’s fashion assistants and the senior market editor’s assistant. More recently, she took on the temporary role of assistant to Editor-in-Chief Nina Garcia in February of 2021. But to get there, she had to claw her way up in the notoriously exclusive industry.

Rexroat got her start with fashion magazines at UK through Kernel Media’s KRNL Lifestyle + Fashion Magazine. She began as the magazine’s content editor and social media manager, and ended her time there as the editor-in-chief, along with being the Kentucky Kernel’s social media marketing manager.

This opportunity was her first look into the magazine and photoshoot process. She said it was the “highlight” of her college career and that it gave her lots of confidence. Though the magazine team was much smaller and more constrained by budgeting than it is now, the experience she gained was still invaluable.

It was all the social media experience Rexroat had built up that led her to LA. Although she had spent her senior year applying to opportunities in New York, she submitted a single application elsewhere — to the West Coast. This sole application became her only acceptance, and after graduating, she headed to Los Angeles to intern as a fashion assistant to celebrity stylist Law Roach.

Rexroat said the experience was “intense in the best and worst ways,” since she had mostly lived in Kentucky her whole life. Moving to California by herself was a culture shock that she admitted helped to build character. On top of that, her position had her working around the clock on social media and photoshoots, though, in consolation, she got to see plenty of celebrities.

Her connections to Roach would help her later in her career after moving to New York at the conclusion of her internship. With help from Roach’s assistant, Rexroat managed to snag a four-day, all work and no play freelance opportunity to dress the models for New York Fashion Week. Thanks to her training in LA, she was ready for this kind of grueling work.

As one of the fashion capitals of the world, New York City is a no-brainer for any aspiring fashionista. And although Rexroat had finally made it there, she quickly learned that without many local connections or internship experience, breaking into the industry was a tough task. So from December 2018 to August 2019, she set about strengthening her resume and network.

She had no connections to ELLE magazine when she applied for an open position. It was her experience with Roach, she believes, that made her the best candidate for the job. She also thinks the different positions she has held throughout the years have given her adaptability and a well-rounded perspective on the industry.

"When she let me know that she got a position at ELLE in August of 2019, I knew that she was truly in her element," said May May Barton, design advisor for Kernel student publications. "Her time in the College of Communication and Information and KRNL were definite steppingstones that have led her down an exciting path as she continues to fulfill her dreams."

As a fashion assistant, she works for the closet team, handling clothes and the logistics of photoshoots. In her role as an assistant to the senior market editor, she communicates with brands and builds schedules for Fashion Week. And in her interim role assisting Garcia, she does everything from managing her schedule to handling her expense materials.

Though she knows the fashion industry doesn’t always show love back to those who “hustle and grind,” Rexroat thinks it’s all been worth it. The fashion salary may be hard to live on in the city, but it’s afforded her some rare opportunities like attending a few shows of the February 2020 New York Fashion Week. She views it all as a growing experience.

“Even when I’m hating my life and working all the time, I still love it because I get to work in the industry that I fantasized about as a kid and that was in all the movies,” Rexroat said. “Really nothing else would’ve been fulfilling. As much as it’s difficult — it doesn’t pay very well, it’s really hard to get into and it takes a lot of work — I can’t think of another job that I’d be like, ‘Yeah, that’ll make me happy.’”

For anyone else looking to break through the industry, Rexroat advises to be patient and perseverant. While building skills and networks, don’t forget to genuinely connect with people. These connections can open doors down the line, whether asked for or simply opportune. Either way, Rexroat said there’s always room to grow, “Even if you don’t think there is.”