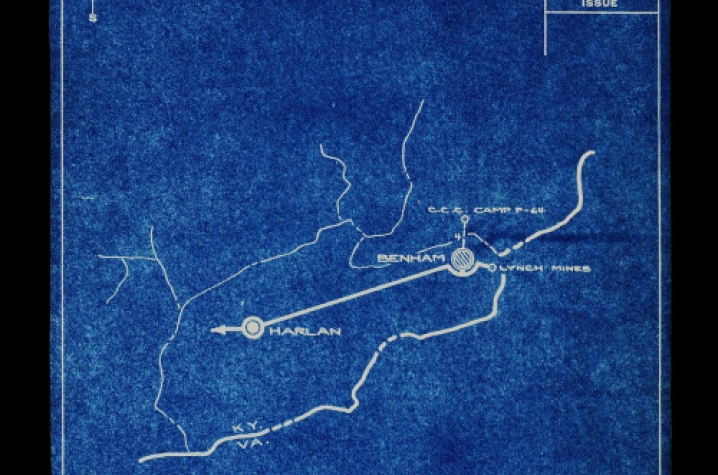 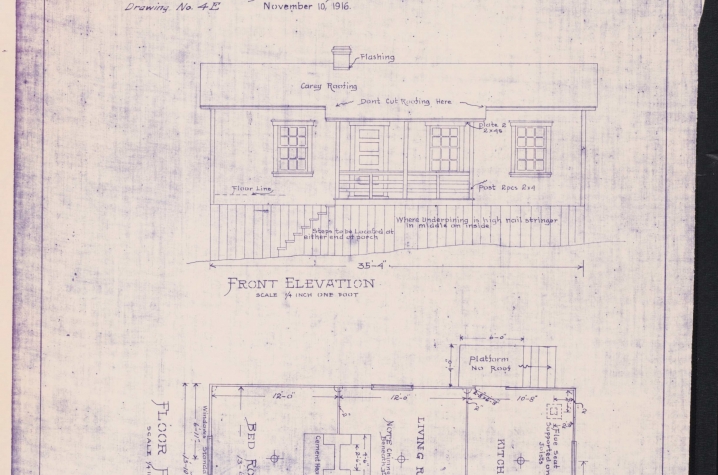 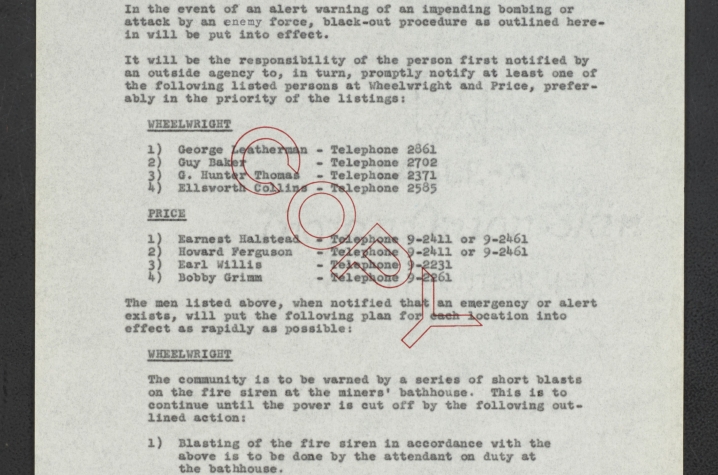 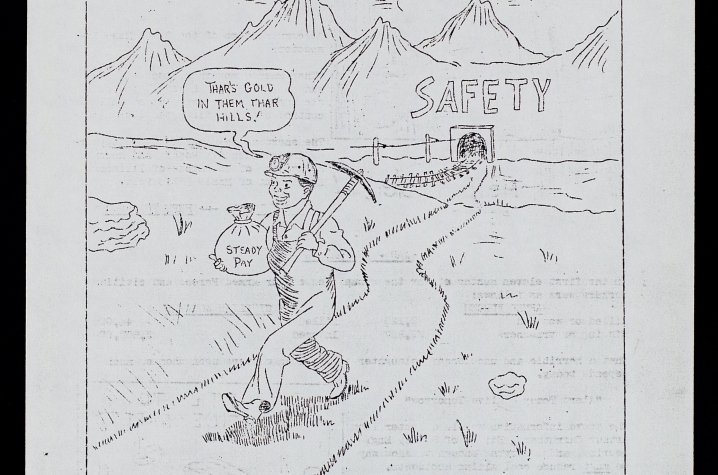 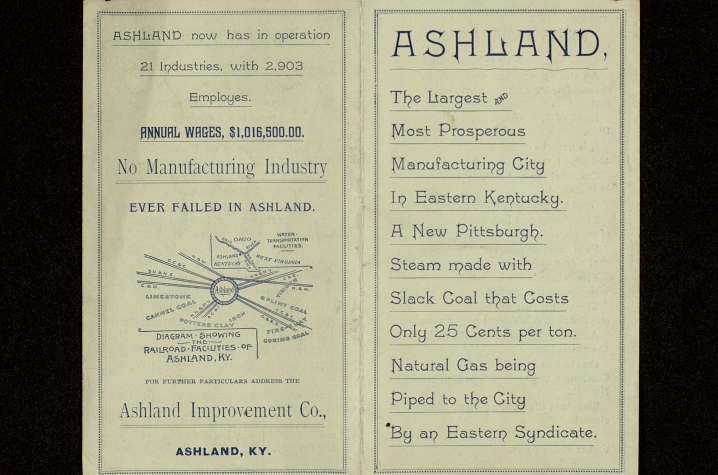 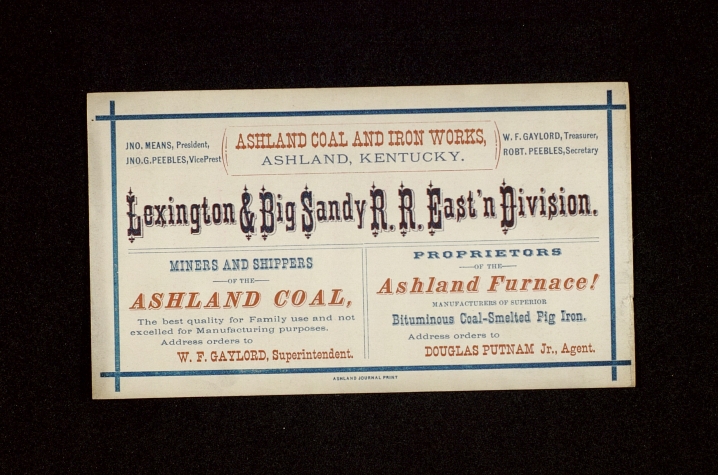 LEXINGTON, Ky. (July 28, 2016) — The University of Kentucky Special Collections Research Center (SCRC) successfully completed work on its National Endowment for the Humanities (NEH) digitization grant, resulting in online access to 140 cubic feet of materials from the Bert T. Combs Appalachian Collection. The materials from the Coal, Camps and Railroads project is available to the public through the digital library ExploreUK.

The newly digitized materials at UK focus on 189 years of economic development in the Eastern Kentucky coalfield from 1788 to 1976. The 10 individual collections document:

· the search for, extraction of, and distribution of coal, oil and natural gas resources in Breathitt, Boyd, Clark, Floyd, Harlan, Lawrence, Letcher, Perry and Powell counties;

· the creation of railroads to bring these raw materials to industrial manufacturers and electrical power generators across the United States; and

· the company towns, their services and the individuals who grew up and made possible this economic development.

The Benham Coal Company records focus primarily on the early years of the company through the 1940s, including office files, Employee Benefits Association records, files on accidents and safety, and photographs. Benham was often described as a model coal camp, one with better quality housing with running water and electricity, schools, churches, a hotel, commissary, meat market, theatre, baseball diamonds, a doctor and other amenities supplied by the company.

The Harkins family papers primarily include the business papers of Walter S. Harkins and his sons, who all practiced in the family law firm. The family was involved in the development of coal and gas in Eastern Kentucky.

The Kentucky Union Land Company was a subsidiary of the Kentucky Union Railway Company and was responsible primarily for conducting surveys, purchasing lands through which the railway would run, and securing the right of way for the railway. The Kentucky Union Railway line eventually crossed over 500,000 acres of valuable coal, iron and timber lands, lying mostly in the Eastern Kentucky counties of Breathitt, Perry and Letcher. This collection consists of correspondence, financial papers, maps and legal documents, including surveys and surveyors' reports, deeds and indentures, and court records on land disputes, as well as a few miscellaneous documents relating to Three Forks City Company; St. Helen's Land, Coal and Iron Company of Frankfort; and the Kentucky Industrial Consolidation Company of Clay City.

The Sherrill Martin papers are primarily comprised of Carrs Fork Coal Company newsletters (1940-1945) containing line-drawing illustrations by Martin accompanying articles and letter-format lectures on mine safety by general superintendent P.A. Grady. Martin was a Perry County high schooler at the time of the creation of the illustrations.

Wheelwright, located in Floyd County, is another town created by the coal industry. The Wheelwright Collection contains records from three of the companies that owned Wheelwright: Inland Steel, Island Creek and Mountain Investment. Records include property reports, blueprints, accident reports, and materials documenting the coal operations. These records create a vivid picture of company town life from the company’s perspective.

The Tacony Oil Company records document the Philadelphia company’s exploration for oil in Lawrence County, Kentucky, and Burning Springs, West Virginia. The collection is mostly comprised of correspondence, much of which has been transcribed, but there are also some legal, financial, and business papers.

The Lexington and Eastern Railway Company (L&E) was initially incorporated as the Kentucky Union Railway Company in 1872 and later purchased by the Louisville and Nashville Railroad Company (L&N) in 1910. This collection contains case files for lawsuits filed against L&E and L&N in Eastern Kentucky in the early 20th century. Materials include correspondence, legal documents, maps, sketches, and a few newspaper clippings and photographs relating to the cases.

The Means family and Seaton family played a dominant role in the development of the iron industry in the Hanging Fork region of Southern Ohio and in Eastern Kentucky. They also played a prominent part in the development of both river and rail transportation in the area and in the formation of Ashland, Kentucky, as an industrial city. These collections include both personal and business-related correspondence, financial records, legal documents, memorabilia, newspaper clippings, journals, scrapbooks, and photographs.

UK SCRC was originally awarded the NEH's Humanities Collections and Reference Resources (HCRC) grant for the Coal, Camps and Railroads project in 2013. The HCRC program supports projects that provide an essential underpinning for scholarship, education, and public programming in the humanities. Thousands of libraries, archives, museums and historical organizations across the country maintain important collections of books and manuscripts; photographs, sound recordings and moving images; archaeological and ethnographic artifacts; art and material culture; and digital objects. Funding from this NEH program strengthens efforts to extend the life of such materials and make their intellectual content widely accessible, often through the use of digital technology.

The Combs Collection at UK SCRC, which is home to these digitized materials, includes collections of resources from several areas of Appalachian life, culture and history, including materials related to the coal industry; community; education and literacy; the lumber industry; medicine and public health; oil and iron; the railroad industry; regional and economic development; social reform; and the War on Poverty.

UK Special Collections Research Center is home to UK Libraries' collection of rare books, Kentuckiana, the Archives, the Louie B. Nunn Center for Oral History, the King Library Press, the Wendell H. Ford Public Policy Research Center, the Combs Appalachian collection and ExploreUK. The mission of the center is to locate and preserve materials documenting the social, cultural, economic and political history of the Commonwealth of Kentucky.