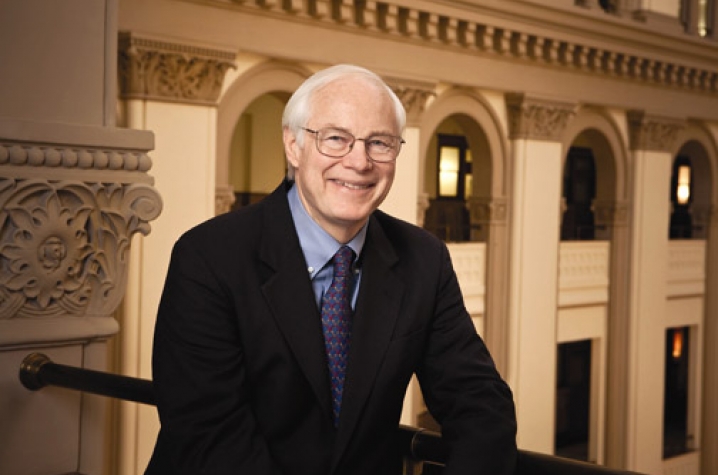 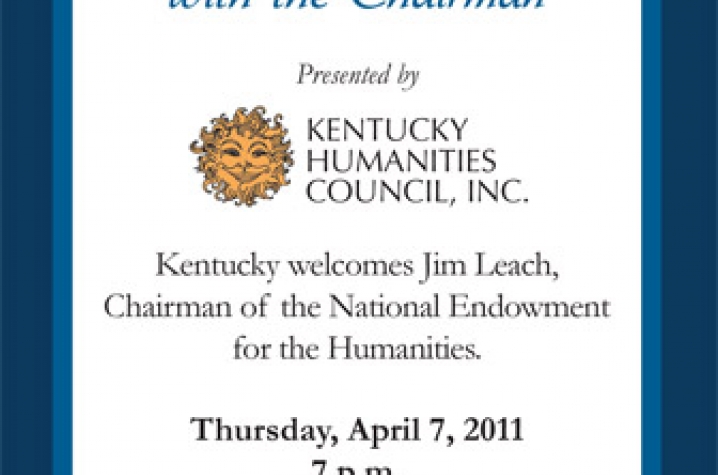 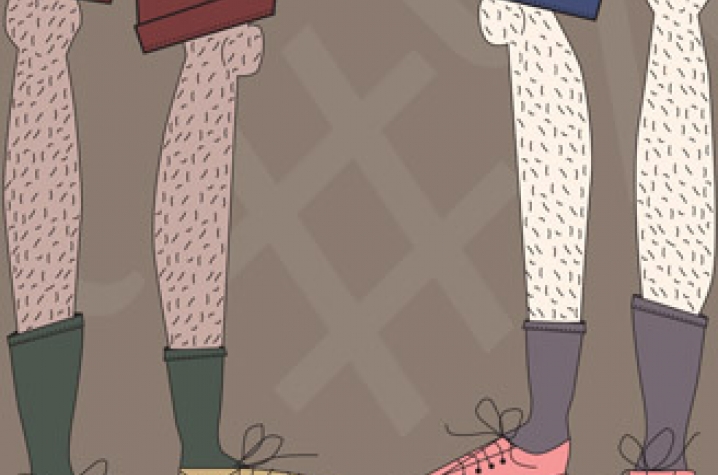 LEXINGTON, Ky. (April 6, 2011) − "Words do matter," and a visit by Jim Leach, chairman of the National Endowment for the Humanities (NEH), hopes to make just this point. Leach's national civil discourse tour comes to the Bluegrass for a series of events April 7.

During Leach's visit to Lexington, the NEH chairman will make two presentations at the University of Kentucky and present a larger public talk in Lexington. The community lecture, "Words Do Matter: A Conversation with the Chairman," will begin at 7 p.m. Thursday, April 7, at Fasig-Tipton Sales Pavilion. A question and answer session will be presented at the conclusion of his lecture.  This evening of conversation is free and open to the public. Leach's lecture "Words Do Matter" is presented by the Kentucky Humanities Council, the Gaines Center for the Humanities and the NEH.

"Civil discourse, civic literacy and civic engagement are at the core of the mission of the Kentucky Humanities Council, NEH’s affiliate for Kentucky," said Virginia Carter, executive director of Kentucky Humanities Council. "We are honored to have the opportunity for conversations on these topics with NEH’s chairman, whose Kentucky visit emphasizes the value to democracy of respectful and responsible public discourse."

The "Words Do Matter" discussion is part of the NEH chairman’s 50-state "civility tour," which began in 2009. In light of recent events on the political scene nationally and select events and discourse surrounding Kentucky’s  2010 elections, Leach's focus on how America’s democracy must be based in conversation that is civil and respectful of views that may contradict, is quite timely. The event is meant to serve as a reminder that polarizing attitudes can jeopardize social cohesion. It also highlights how the humanities ― philosophy, literature and languages, history, and anthropology, for example — can help us examine and understand opposing perspectives and express differing viewpoints reasonably.

"The chairman’s visit is an important opportunity for the whole community to reflect on the value of the humanities as instruments of civil society," says Lisa Broome-Price, acting director of the Gaines Center for the Humanities. "NEH support of the UK Gaines Center for the Humanities has allowed the center to expand its educational reach, and we are delighted to partner with the Kentucky Humanities Council in creating an opportunity for Mr. Leach to have a conversation with community members throughout the Commonwealth about the role of the humanities in civic life.”

Leach will visit the UK campus prior to his evening discussion. He will meet with the university's Gaines Scholars for breakfast and later that afternoon, Leach will speak with local eighth graders, high school and college freshmen, UK faculty and civic leaders as part of a Citizen Kentucky forum on civic education. The videotaped conversation, which will include discussion of a bill drafted to improve civic education in Kentucky, will begin at 3:45 p.m. Thursday, April 7, in the Niles Gallery, at the Lucille C. Little Fine Arts Library and Learning Center.

Leach's conversation, which will be live webcast for Wildcat Student TV, will follow a 45-minute Citizen Kentucky roundtable discussion, beginning at 3 p.m. in the Niles Gallery, to provide background on the drafting of the Henry Clay-Sandra Day O'Connor Civic Education Act for Kentucky.

"The kids drafted the bill and successfully lobbied for it in Frankfort, picking up bipartisan support," said Buck Ryan, director of the Citizen Kentucky Project of the UK Scripps Howard First Amendment Center.

Ryan will moderate the 3 p.m. public forum, and one of his students from a freshman Discovery Seminar, Lindsey Austin, will host the conversation with Leach. The afternoon events at the university are co-sponsored by Scripps Howard First Amendment Center, the Kentucky Humanities Council, UK Libraries, UK Student Government Association, the UK Student Center Director's Office and the Media Collaboratory of Video Editing Services.

Jim Leach is the ninth chairman of the NEH. Nominated by President Barack Obama on July 9, 2009, and confirmed by the Senate in early August, Leach began his four-year term as NEH chairman on Aug. 12, 2009. Leach previously served 30 years representing southeastern Iowa in the U.S. House of Representatives, where he chaired the Banking and Financial Services Committee, the Subcommittee on Asian and Pacific Affairs, the Congressional-Executive Commission on China, and founded and co-chaired the Congressional Humanities Caucus.

After leaving Congress in 2007, Leach joined the faculty at Princeton University’s Woodrow Wilson School, where he was the John L. Weinberg Visiting Professor of Public and International Affairs until his confirmation as NEH chairman.  In September 2007, Leach took a year’s leave of absence from Princeton to serve as interim director of the Institute of Politics and lecturer at the John F. Kennedy School of Government at Harvard University.

Leach graduated from Princeton University, received a master's degree in Soviet politics from the School of Advanced International Studies at Johns Hopkins University, and did additional graduate studies at the London School of Economics. He holds eight honorary degrees and has received numerous awards, including the Sidney R. Yates Award for Distinguished Public Service to the Humanities from the National Humanities Alliance; the Woodrow Wilson Award from Johns Hopkins University; the Adlai Stevenson Award from the United Nations Association; the Edgar Wayburn Award from the Sierra Club; the Wayne Morse Integrity in Politics Award; the Norman Borlaug Award for Public Service; and the Wesley Award for Service to Humanity.