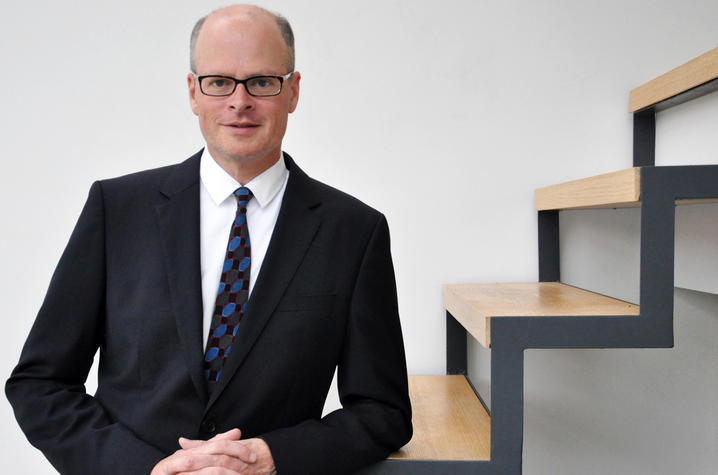 David Biagi | Photo provided by the College of Design

The following is a blog from the University of Kentucky College of Design Dean Mitzi Vernon.

David Biagi, an internationally recognized architect and full professor at the University of Kentucky, age 60, died of thyroid cancer early Sunday morning, October 20, 2019, at his home in Todds Point, Kentucky.

Biagi was the inaugural director of the School of Architecture at the University of Kentucky’s College of Design (2003-2016), interim dean of the College of Design (2007-2008), and the director of Studio Louisville, the College’s first satellite studio (2017-2019). He earned his bachelor’s in architecture at the University of Kentucky in 1982, and his master’s of architecture in 1987 from The Ohio State University. After graduate school, Biagi worked for several years in New York City at the acclaimed firms of Eisenman Architects and Gwathmey Siegel Architects where he honed his visionary design skills.

In 1996, Biagi was selected for the “40 Under 40” list (the top 40 architects under the age of 40 in the United States), named once every 10 years, at the Cooper Hewitt Museum in New York. He was a 16-year member and past president of the Kentucky Board of Architects and also served on the National Council of Architectural Registration Board as chair of the education committee, as a juror, and as a representative. In 2014, he received The Ohio State University, College of Engineering, Knowlton School of Architecture, Distinguished Alumni Award. Digital architectural renderings Biagi created while in graduate school were acquired by the Museum of Modern Art in New York in 2019 as an example of early experiments in computation.

As an educator for nearly three decades in the School of Architecture at the University of Kentucky College of Design, Biagi positively impacted the lives of thousands of students both professionally and personally. In his role as university administrator, his focus was to put his colleagues in a position to succeed while leading with grace, humility, and wisdom.

He is survived by his wife, Tricia, and his two children Sophia and Leo.

UK Study Examines Impact of B Cells on Stroke Recovery