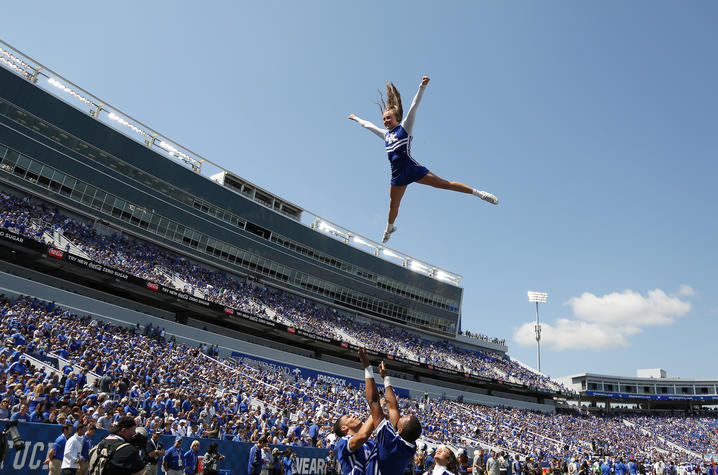 New for 2020, tickets will not be required and fans may choose to sit where they’d like on game day. All standard seating will be open and general admission, except for Sections 25-27 (Club Level), Loge Level and specific seating blocks designated for the football program. Seating in the upper level will be opened based on demand.

This year’s spring game will move back to a Saturday kickoff for the first time since 2016. Last season, Blue defeated White 64-10 behind an efficient passing performance by Terry Wilson, while running backs Kavosiey Smoke, AJ Rose and Chris Rodriguez combined for 289 yards and six touchdowns on the ground as a precursor to their success during the 2019 season.

The Blue-White Spring Game will serve as the cap of spring practice, which began March 3. The Wildcats will be seeking their fifth straight bowl bid on the heels of finishing the 2019 season with a record of 8-5 after defeating Virginia Tech in the Belk Bowl in thrilling fashion. With the win, Mark Stoops joined Bear Bryant and Rich Brooks as the only coaches in program history to lead UK to back-to-back bowl championships.

Season tickets for 2020 went on sale earlier this month, with prospective new season ticket holders able to work together with a personal ticketing consultant to compare and purchase available seat locations by submitting a request at this link or by contacting the UK Sales Office at 800-928-2287 (Option 1). Fans are also able to access to the Kentucky Football Virtual Venue for 360-degrees views from inside Kroger Field.   Returning season ticket holders are also still able to renew their season tickets through their My UK Account at UKathletics.com/renew, while paper invoices will be mailed later this month. The renewal deadline for 2020 football season tickets is Friday, April 10.