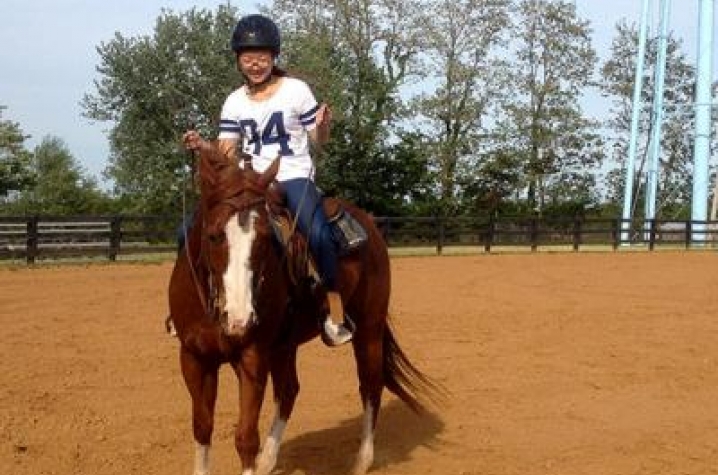 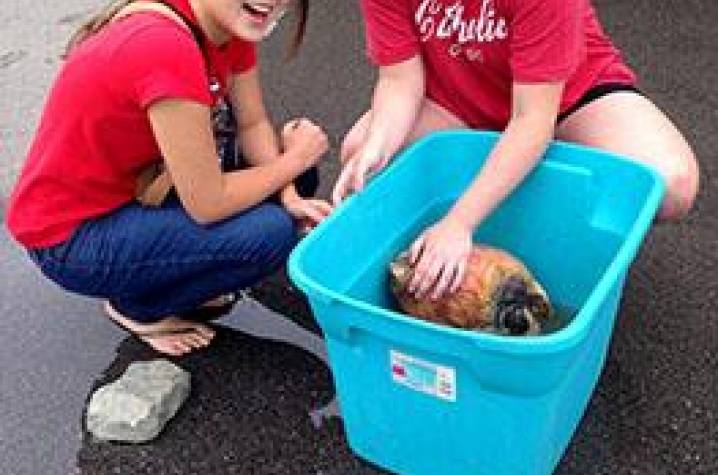 Fisherville, Ky. (June 24, 2015) — Growing up an only child in Spencer County, Lilli Hanik, 16, always wondered what it would be like to have a sibling. This year, she was given her chance through Kentucky 4-H International Exchange Program.

During the summer of 2014, Hanik and her family chose to be matched with Rikako Sato, a 17-year-old student in Japan’s Labo International Exchange Program, which is similar to 4-H youth development in America.  Sato and Hanik both share a strong passion for music.

Since the program’s beginnings in 1970s, Kentucky 4-H youth development, in the University of Kentucky Cooperative Extension Service, has connected young people like Hanik and Sato through its four-week exchange program. The Haniks and Sato are unique, because they are the first Kentucky 4-H family to host a Japanese Labo program student for an entire year.

“Exchange programs like these help expose Kentucky youth to other cultures, which helps them build valuable work and life skills like cultural sensitivity, confidence and communication,” said Mark Mains, Kentucky 4-H youth development specialist and state coordinator for the international programs. “This is truly a two-way experience, as we have developed right along with Rikako.”

Hosting a Japanese student in the Labo program was familiar territory for the Haniks, who have twice hosted Japanese students during the four-week summer program offered through Kentucky 4-H.

“Lilli wanted to try the yearlong program, because she wanted a longer bond,” said Kim Hanik, Lilli’s mother. “You have to have an open heart and take it as a learning and sharing experience.”

Sato was also a seasoned Labo participant, having previously stayed with a Canadian family for four weeks. She wanted to come to America to learn about its culture and be able to compare it not only with Japan but also with Canada.

“Our (young people’s) future is more international now than ever,” she said. “It’s important to be accepting of others and learn about different cultures, so we can be more open minded.”

Living with the Haniks for a year gave Sato the chance to experience life as an American teenager. She attended school with Hanik at Spencer County High School, where she played the trumpet in marching band alongside Hanik playing the euphonium, and she sang in chorus.

Sato participated in all of the Haniks’ activities, including carving her first pumpkin and celebrating her birthday, Hanik family weddings, Thanksgiving and Christmas. The Haniks also introduced her to iconic Kentucky activities and events including horseback riding and Thunder Over Louisville. Both girls participated in 4-H activities at local, state and regional levels including the country ham project, Teen Summit and the Southern Region 4-H Teen Leadership Conference.

Sato and the Haniks will part ways at the end of June, but plan to stay in touch. Lilli Hanik will travel to Japan for eight weeks this summer as the first Kentucky 4-H’er to go to Japan through the States’ 4-H International Exchange Program. Four weeks of her stay will include learning Japanese in Tokyo. The other four weeks she will be in Hyogo, Japan, with a host family that includes a child the Haniks’ previously hosted. Sato hopes to one day visit the Haniks again and potentially live and work in America after she completes college in Japan. Both girls already have plans to meet at the 2020 Summer Olympics in Tokyo.

“We call it bonds over oceans,” Lilli Hanik said. “We are always going to be good friends.”

Due to the success of the program and the bonds formed between the Haniks and Sato, the Haniks will welcome another yearlong Japanese Labo participant later this summer.

The Kentucky 4-H International Program is always looking for families willing to host Japanese LABO participants for either a month during the summer or an entire year. More information on these programs is available by contacting Mains at mmains@uky.edu.