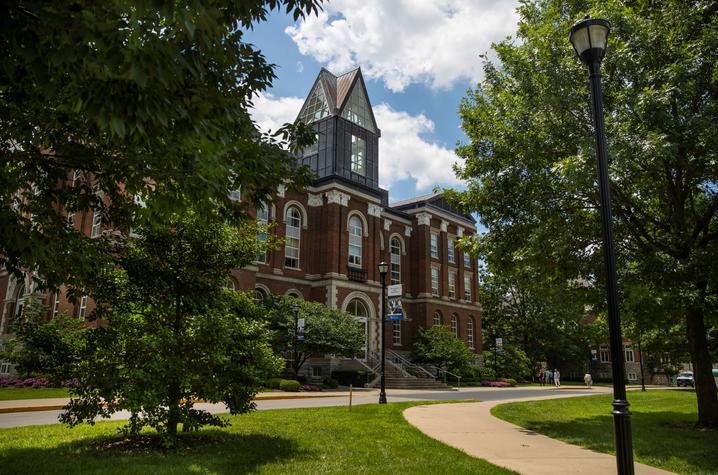 LEXINGTON, Ky. (Feb. 20, 2020) — Over the last 5 years, the University of Kentucky has driven the state’s progress in awarding more bachelor’s degrees to Kentuckians, while increasing access to higher education for students of color and with financial challenges.

UK President Eli Capilouto told a state legislative committee Thursday that such movement is part of a larger story of remarkable progress over the last decade for the state’s flagship, land-grant university – progress that is dependent, in part, on renewed and sustained investment in education.

“The state’s investment in us is paying off – in terms of more students ready to succeed in the global economy, in lowering barriers of access to more students in need and from diverse backgrounds, and in conducting research and providing health care to address the illnesses and diseases that most impact our state,” Capilouto said. “It is a story of progress and promise, and we believe it is worth continued and additional investment in the work we are doing to ensure Kentucky’s future.”

Capilouto applauded the Governor, legislators and policymakers for budget proposals to increase funding for higher education and to set aside a pool of funds that can be matched by universities to continue renovation and renewal efforts across the state’s campuses.

“These investments demonstrate faith in our campuses and our ability to help shape Kentucky’s future in a positive and transformative way,” Capilouto said. “Our job is to reward that faith and investment with performance that makes good on our potential.”

Specifically, Capilouto told members of the House Budget Review Subcommittee on Postsecondary Education that UK has increased bachelor’s degrees by more than 12 percent between 2015 and 2019. Degrees in the STEM+H areas (Science, Technology, Engineering, Mathematics and Health) have increased by nearly 27 percent at UK, and bachelor’s degrees among traditionally underrepresented minorities have increased nearly 40 percent in that time period.

In each case, UK’s growth well outpaces increases in the state system of higher education. Capilouto, in particular, cited efforts to make college more affordable by reducing unmet financial need among students. In the last 10 years, UK has nearly tripled institutional financial aid, from $51 million to more than $145 million.

UK LEADS, in particular, targets grant dollars and scholarships to students who have an unmet financial need of $5,000 or more. Rigorous analysis over the last several years by a team of UK administrators has demonstrated that unmet financial need – when it exceeds more than $5,000 – is one of the leading causes of students not completing their degree programs.

Indeed, a recent national study by New America, a think tank, lauded the UK LEADS program as a potential game-changer in American public higher education. The study, which examined many of the dynamics driving up costs for students at campuses across the country, cited UK’s LEADS program as a program that could change how other universities are awarding aid to focus more on financial need.

LEADS is paying off in the classroom as well. In recent years, because of LEADS and other efforts, UK has reached record highs in graduation and retention rates.

Other markers of progress cited by Capilouto included:

To read more about UK LEADS and how the university is leading in addressing financial challenges, you can read more here: https://www.newamerica.org/education-policy/reports/undermining-pell-iv/and-moving-in-the-right-one

For Capilouto’s presentation to the House subcommittee, you can go here: https://www.uky.edu/president/node/388