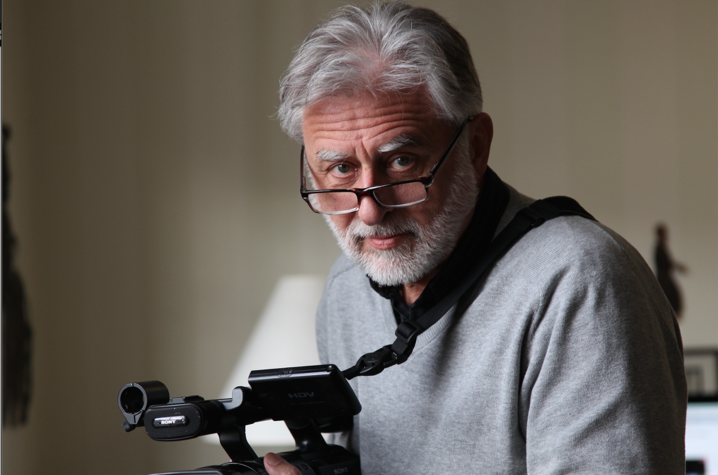 LEXINGTON, Ky. (May 20, 2021) — Leaning into his excitement to showcase “America and her people,” one University of Kentucky College of Communication and Information (CI) alumnus has graduated from the Big Blue Nation to the big screen.

Academy Award and Emmy Award winning filmmaker Paul Wagner, who earned a master’s in communication in 1972 from CI and a bachelor's in English in 1970 from the College of Arts and Sciences, has produced and directed more than 40 films in his over 40-year career. However, his affinity for film budded not from a specific passion but from a general interest in communication.

Growing up, Wagner wasn’t always the best student — that is, until he started UK CI’s master’s program in communication. The atmosphere of respectable faculty and likable peers helped him to “come alive intellectually” and experience “personal enrichment” like he had never felt before. Though it would take around five years after graduating before he found his calling, his CI experience helped indirectly catapult him into his future endeavors.

“The master’s program helped me engage with the world,” Wagner said. “The graduate program was the first time that I was intellectually and emotionally ready to reimagine myself as a filmmaker and an artist and a person who has opinions about the world and wants to express those opinions.”

It wasn’t until years later, stumbling across an anthropological film class at the University of Pennsylvania that film clicked for Wagner. The class revolved around a subset of documentary films that explored people and cultures — what would become Wagner’s specialty. As someone who had fallen in love with “the world of ideas” while at UK, he knew that filmmaking was his entry to further explore this world and share it with others.

In 1989, Wagner and his wife, Ellen Casey Wagner, incorporated American Focus, a small nonprofit organization that independently produces films about American life in its many facets. One of these films was “Black in Blue,” a documentary about the four Black football players at UK who integrated the Southeastern Conference in the 1960s.

The film details the trials faced by Greg Page, Nate Northington, Wilbur Hackett and Houston Hogg as the first Black football players on the then-all-white team and SEC. Though a historic moment for UK, Kentucky, the SEC and America, the public knew little of what these men had to endure. It was Paul Karem, former UK quarterback from the late ‘60s and teammate of Hackett and Hogg, who encouraged the UK Athletic Department to create statues in these men’s honor and who brought the story to Wagner.

“Paul Wagner is the unique artist that puts his heart in his work and puts what is in his heart above all other considerations, including financial gain,” Karem said. “In ‘Black in Blue,’ no stone, no opinion, no voice is silenced in the telling of their stories. I knew when I met Paul Wagner for the first time, at my home in Louisville with Wilbur Hackett, Houston Hogg, Nate Northington and Melvin Page, that no other filmmaker could make our film.”

Though this wasn’t Wagner’s first historical documentary, nor his first film centered on Black history, he still felt pressure and an obligation as a white filmmaker to ensure the movie was authentic to the culture and characters of those four men. He described the interview featuring the late Page’s cousins as “the hardest interview” he’s ever conducted and one that still makes him tear up. He also employed the Louisville-based singing group Linkin’ Bridge to create the arrangements of traditional spirituals for the soundtrack, which has become one of Wagner’s favorites to work on.

After six years of archival research, personal interviews and musical composition, the film premiered  April 20, 2020, on KET. While it provided a backstory to the statues of the four men placed between UK's Kroger Field and the football training facility, it also shed light on issues of the past that are still found in the present. In his position as a filmmaker, Wagner said it is his job to retrieve these stories and witnesses of history to bring them forward into now so people may learn from them.