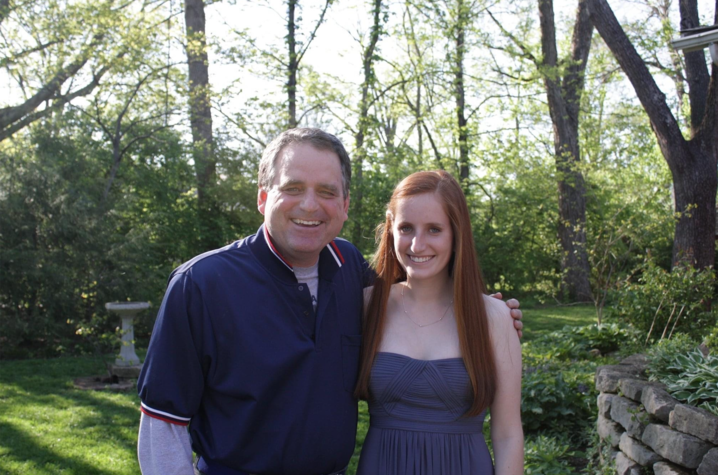 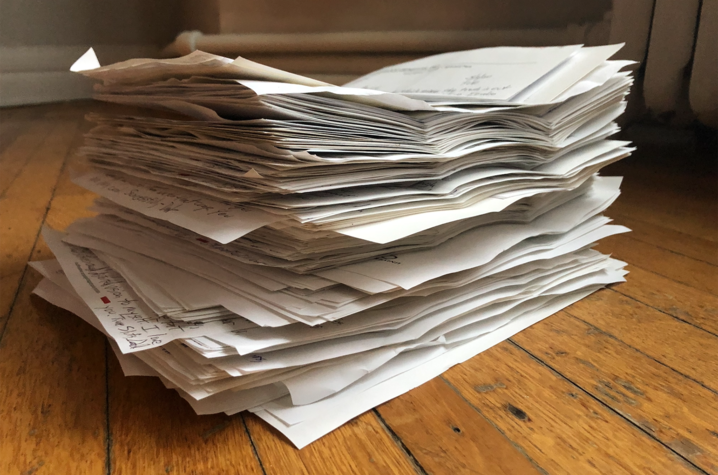 LEXINGTON, Ky. (June 25, 2021) — A picture is worth a thousand words, but a letter is worth a lifetime of memories — and a feature by Humans of New York.

Rosie Ecker, a 2016 integrated strategic communication graduate, has received handwritten letters from her dad, Buz, nearly every day since fourth-grade summer camp. While some of the letters profess the doting dad’s love for her, others are a bit eccentric. To Ecker, this was a story worth sharing with the world.

“There is something really, really special about a handwritten card from somebody. And I think that my dad has made the mailbox an exciting place for me to be,” Ecker said.

Early last year, photographer Brandon Stanton, creator of HONY, started a new coronavirus-adapted series called #QuarantineStories. He put out a call to his millions of followers for story submissions to potentially be featured. Ecker was one of many who answered that call.

After mulling it over, Ecker sent an email with the story of how her dad has written her letters every day from that grade school summer camp to her life post-college. Three weeks later, she was shocked by an email from Stanton and an on-the-spot interview with him.

But instead of being interested in the letters, Ecker said Stanton was more interested in her dad, and she understood why. She calls her father a “gem of a human being” not because he’s easy to love, but because he’s lovable despite also being difficult and quirky. This quirkiness not only saw her through hundreds of letters growing up, but it has also inspired her to write letters to loved ones every day for Lent in 2021 in hopes of instilling the same love her father’s letters instilled in her.

“My hands have touched the letters, so have hers. She will still have these daily letters long after I am gone,” Buz said. “She will know a piece of me is always with her, no matter what, and this piece she has is the love I have for her. This love is sunup to sundown, year after year, from one century to the next, and all those letter moments in between.”

Despite all the attention the HONY feature brought the pair, their story first debuted on UK’s campus five years earlier via the Kentucky Kernel.

Ecker joined Kernel Media her freshman year of college where she would serve in three different roles before graduating. Throughout freshman and sophomore year, she was an advertising representative for KRNL. During junior year, she was KRNL editor-in-chief. And in her final semester as a senior, she was the Kentucky Kernel’s managing editor.

Chris Poore, former student publications director, suggested Ecker write the letter story when he first got word of it. Aptly named “Dear Rosie,” her story was published on Oct. 1, 2015.

“Research has shown that letter writing, and receiving, makes you happier. So it’s altogether fitting that Rosie is one of those rare human beings left on this planet who writes and receives letters,” Poore said. “It’s heartening to see the story of Rosie and her dad catch on; it’s even more touching to think that their story has inspired at least a few more parents and kids to push a pen around on paper and send notes to each other.”

But Ecker’s storytelling doesn’t stop there. In the past few years, she has taken on roles to expand her love for the written word. Along with being an avid letter reader, she is also a communications specialist for Cincinnati Children’s Hospital’s Heart Institute, director of storytelling for WISe Wellness Guild and founding creator of Queen Speak. While her role at the hospital connects back to her own treatment there as an infant, her latter positions relate more to following her ambitions.

WISe Wellness Guild is an organization that promotes whole-self wellness in women. It was founded by Stevi Carr, Ecker’s former colleague at UC Health. Carr started the organization after experiencing burnout and wanted to help other women take care of themselves.

Carr’s audacity served as the inspiration for Ecker to found Queen Speak, a collection of narratives from women sharing their mistakes, tips and guidance for others. The blog has transformed from Ecker’s passion project to a serious point of interest in job interviews.

Just as she went out on a limb with her submission to HONY, the blog is something she is proud for being brave enough to pursue. While she believes anxiety is what holds people back, she encourages others to think of all the positives that could come from venturing out.

“Putting yourself out there is always a good idea,” Ecker said. “You might get hurt but your rewards are so much bigger if you do instead of never trying.”