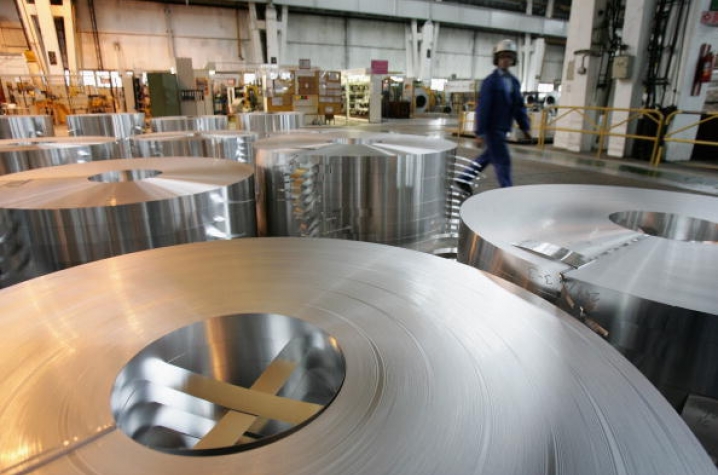 Earlier this week, President Barack Obama announced the grants in support of the National Network of Manufacturing Innovation, a White House plan to help U.S. manufacturers employ leading-edge technology to become more competitive. The initiatives involve universities, private companies and governments throughout the country, including the Commonwealth and Kentucky’s two research universities.

“As a prominent partner in both of these initiatives, Kentucky will play a key role in developing and disseminating cutting-edge manufacturing technologies to the advanced manufacturing sector,” said Lt. Governor Abramson. “Private companies from around the country will work with UofL and UK on groundbreaking research. These grant awards are vital to the nation’s long-term economic success, and the Commonwealth is honored to be a part of these opportunities.”

To support these innovative research projects, the Cabinet for Economic Development and other state partners are investing a total of $3.7 million over the next several years.

Manufacturing remains a critical economic engine in the Commonwealth. Manufacturing is Kentucky’s third-largest employment sector – nearly one out of every eight non-agricultural jobs in Kentucky is in manufacturing.

In addition, Kentucky’s manufacturing employment has grown 9 percent since 2010, providing more than 228,000 jobs.

More than 4,100 manufacturing facilities now call Kentucky home, and they produce everything from automobiles and aerospace parts to food, beverage, and paper products – with a total output of nearly $30 billion.

“We have a keen interest in not only maintaining our manufacturing prowess in Kentucky, but also growing manufacturing through advanced technology applications,” said Gov. Beshear.  “These grants and the work they will support at our two research institutions will give Kentuckians a huge head start on developing the techniques that will drive the future manufacturing sector.”

UK and UofL are both involved in the federal project, but will work with different groups of schools and manufacturers.

UofL to Focus on Digital Manufacturing and Design Innovation

UofL is one of the prime players in a consortium of Midwestern universities and companies selected to participate in the Digital Manufacturing and Design Innovation (DMDI) Institute.

The DMDI Institute will be headquartered in Chicago with a network of manufacturing and research sites across the U.S. – including one at UofL. The institute’s goal will be to increase the competitiveness of the manufacturing sector of America’s economy by developing software, data management tools and innovative, networked production processes that reduce costs and improve efficiencies for both large companies and small to medium-sized manufacturers.

Funding for DMDI includes a $70 million grant from the U.S. Department of Defense. That grant will be leveraged by investments and support commitments of $250 million from industry, academia, government and community partners.

The Kentucky Cabinet for Economic Development will contribute more than $1.2 million to the project over the next five years that will be used to ensure that small to medium-sized Kentucky companies have an opportunity to apply these new technologies to their manufacturing processes and develop technologies specific to their needs.

The state has also already funded $12.4 million in infrastructure for a new research park behind the Speed School.

“The University of Louisville is focused on providing the skills and technology to boost economic opportunities for Kentuckians,” said Ramsey. “This federal award will help us build on our competitive advantage in manufacturing, provide more jobs for Kentuckians and establish UofL as a leader in advanced manufacturing, design and innovation.”

UK was selected to participate in the American Lightweight Materials Manufacturing Innovation Institute (ALMMII), which will receive $70 million in Department of Defense funding, with $78 million in matching support from a public-private consortium.

ALMMII is charged with developing and deploying advanced lightweight materials manufacturing technologies, and implementing education and training programs to prepare the workforce. The Kentucky Department of Workforce Investment, the Kentucky Community and Technical College System, and the Cabinet for Economic Development will contribute a total of $2.5 million to support the Institute.

UK is one of nine universities that have joined with 34 private companies and 17 other organizations in the public-private consortium, which was initiated by the Ohio-based tech nonprofit group EWI along with the University of Michigan and The Ohio State University.

“UK’s partnership in this institute engages our human capital and intellectual curiosity in collaborative and creative scholarship,” Capilouto said. “Our role will support research and development in ways that are significant to education we provide, industries we support in our state and the economic competitiveness of our nation.”

Information on Kentucky’s economic development efforts and programs is available at www.ThinkKentucky.com. Fans of the Cabinet for Economic Development can also join the discussion on Facebook or follow on Twitter. Watch the Cabinet’s “This is My Kentucky” video on YouTube.