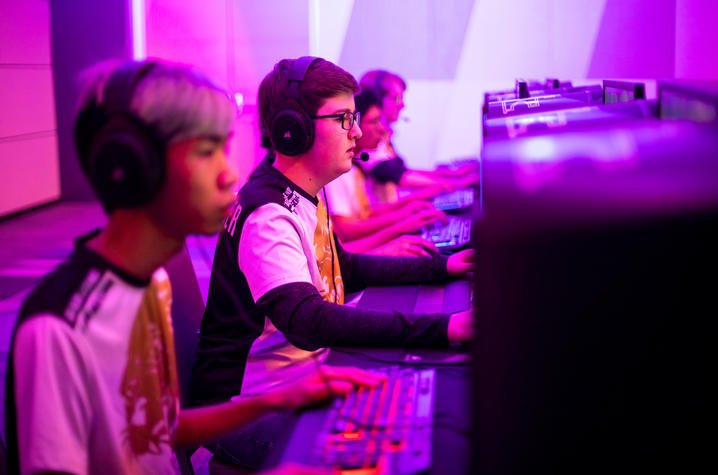 LEXINGTON, Ky. (Aug. 27, 2020) — Global esports organization Gen.G today announced a $1 million commitment to developing the next-generation of leaders in the gaming industry, with the University of Kentucky as a foundation partner. Gen.G has pledged to commit $100,000 annually for 10 years through the establishment of the Gen.G Foundation.

The fund will be used to support diverse students enrolled in a U.S. university or college who are interested in majoring in gaming, esports, entrepreneurship, journalism or content creation. Applications for the inaugural class labeled the “Gen 10,” with one scholarship reserved for a UK freshman student, will open Sept. 15, and scholarship recipients will be announced in December.

“We all witnessed the unifying power of gaming earlier this year with our Hoops at Home NBA2K online tournament, where we linked prospective students, current students, alumni and UK’s Big Blue Nation. Gaming is the common denominator that links many diverse communities, and the career paths offered within esports is just as broad,” said UK Executive Vice President for Finance and Administration Eric Monday.

“The gaming industry has only scratched the surface of developing talented young gamers who can lead the industry’s next generation,” said Chris Park, CEO of Gen.G. “This and future classes of the ‘Gen 10’ will strengthen the diversity and representation that gaming needs to reach its full potential.”

Since the first of its kind partnership between the University of Kentucky and Gen.G launched in 2019, the school has taken an evergreen approach to gaming programming. The UK Cats Smash Clash weekly series recently culminated its first season, featuring more than 40 incoming UK freshman students from 30 different high schools. UK and Gen.G have also hosted various speaker series panels highlighting different career paths within the gaming industry. Fall 2020 will boast a robust gaming and esports schedule from live streams to online tournament events designed to link the current and future student body.

For more information about the Gen 10 scholarship fund, visit https://geng.gg/.

Established in 2017, Gen.G is the only major organization that owns and operates top teams in South Korea, the United States and China. Ranked No. 6 in the inaugural Forbes list of the “World's Most Valuable Esports Companies,” Gen.G's core mission is to help fans and athletes use the power of gaming and esports to get ahead in and beyond the competition. The company has quickly become a commercial and thought leader, building a global, inclusive and cross-cultural future for sports entertainment.

United under #TigerNation, Gen.G boasts seven global championships to date among their competitive teams which include the Seoul Dynasty franchise of the Overwatch League, the LCK world champion team in South Korea, the world's top all-female Fortnite team, PUBG, CS:GO, Valorant and the NBA 2K League's historic expansion franchise in Shanghai. Its widely acclaimed initiatives include #TeamBumble, the leading team platform for the empowerment of women in gaming, and the Gen.G Elite Esports Academy, the world's first fully integrated academic esports program in Seoul. More information about Gen.G esports and its teams can be found at this link.