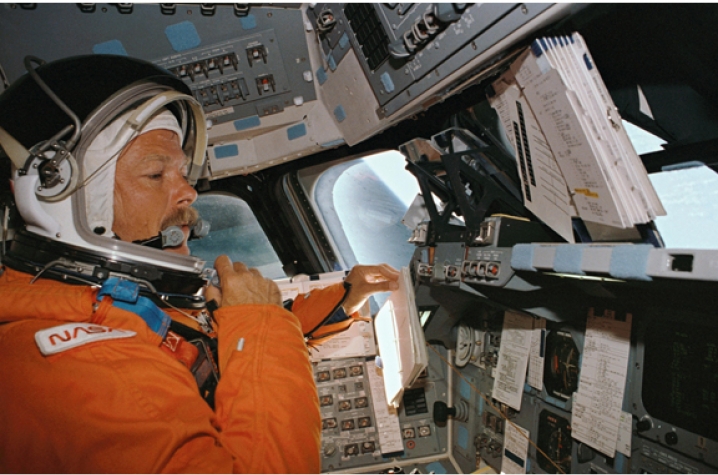 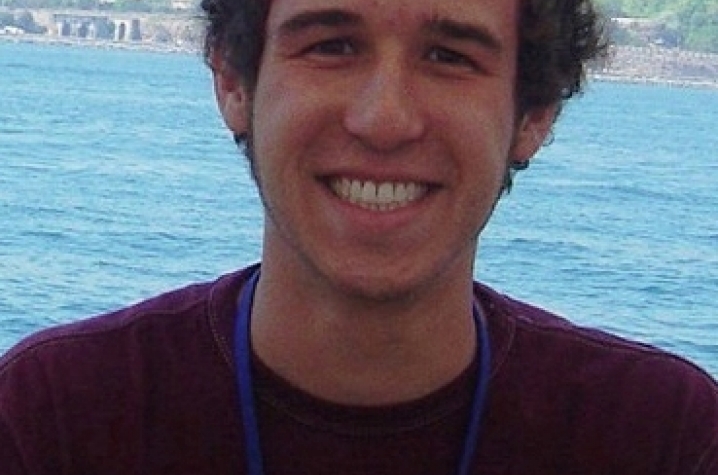 The award ceremony will coincide with a presentation by Gibson, where he will share his experiences as a Space Shuttle Astronaut and what it was like to fly on five space flight missions. The lecture is free and open to the public.

The Astronaut Scholarship is the largest monetary award given in the United States to science and engineering undergraduate students based solely on merit. Seventeen of these prestigious awards were dispersed this year through the ASF to outstanding college students majoring in science, engineering or math. Over $2.8 million has been awarded in scholarships to date, $101,000 to UK students. These well-rounded students exhibit motivation, imagination and intellectual daring, as well as exceptional performance, both in and outside, the classroom.

“Students, like Samuel, are the pioneers of our future,” said Gibson, “He will forever be included in the Astronaut Scholarship Foundation’s elite group of Astronaut Scholars. Our scholars have gone on to work with the Hubble telescope discovering the furthest galaxy documented to date, helped design several of the world’s most prestigious fighter jets, have been named some of the top 50 technical leaders by Scientific America and much more.”

Nicaise, of Covington, Ky., will graduate in May 2010 with a degree in electrical engineering. He is dedicated to finding a solution to the problems associated with electrical power generation, specifically coal fired power plants, and is working toward a solution using photovoltaics combined with nanotechnology. Nicaise is part of a solar car team which is developing a car that runs solely on sun power and also dedicates his time as his fraternity’s scholarship chair. He co-founded an interdisciplinary student research group called SYMBIOS to enlighten undergraduate researchers. In the future, he plans to pursue a doctorate and work on the cutting edge of photovoltaics and nanotechnology.

"Samuel is an exceptional student who has been highly successful in his studies and research," said UK President Lee T. Todd Jr. "We are pleased to see his hard work recognized by the Astronaut Scholarship Foundation and know with the help of this scholarship that he will continue to thrive in both his graduate studies and research, making great contributions to the field of engineering."

Gibson became a NASA Astronaut in 1979 and spent 36 days on five space flights. He piloted his first flight, STS-41-B, and achieved the first orbital landing on the runway at the Kennedy Space Center in February of 1984. As the commander of STS-61-C, he and his crew conducted experiments in astrophysics and materials processing. Following the Challenger accident, Gibson participated in the investigation and in the redesign of the shuttle’s solid rocket boosters. He also commanded the crews of STS-27, which carried a payload for the Department of Defense, and STS-47, in which he and his crew focused on life science experiments. For his final spaceflight, he commanded the crew of STS-71. This mission in 1995 marked the first Space Shuttle docking with the Russian Space Station 'Mir' and the 100th manned space launch performed by the United States. He was inducted into the U.S. Astronaut Hall of Fame in 2003 and serves on the Board of Trustees for the ASF.

The Astronaut Scholarship Foundation is a nonprofit organization established by the Mercury Astronauts in 1984. Its goal is to aid the United States in retaining its world leadership in science and technology by providing scholarships for exceptional college students pursuing degrees in these fields. Today, more than 80 astronauts from the Gemini, Apollo, Skylab, Space Shuttle and Space Station programs have joined in this educational endeavor. For more information, call (321) 455-7015 or log on to www.AstronautScholarship.org.