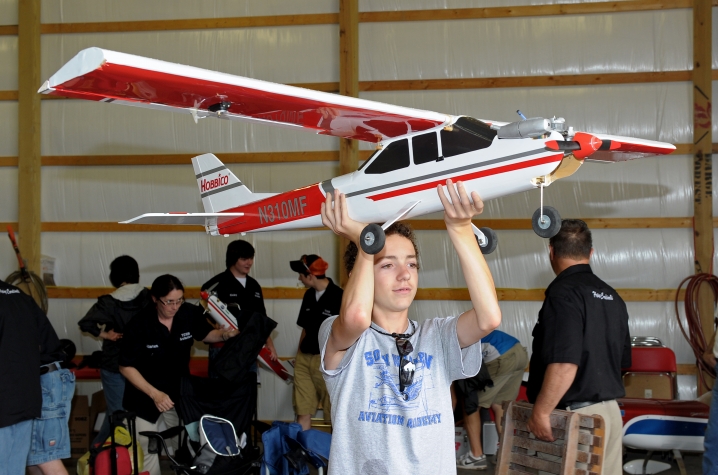 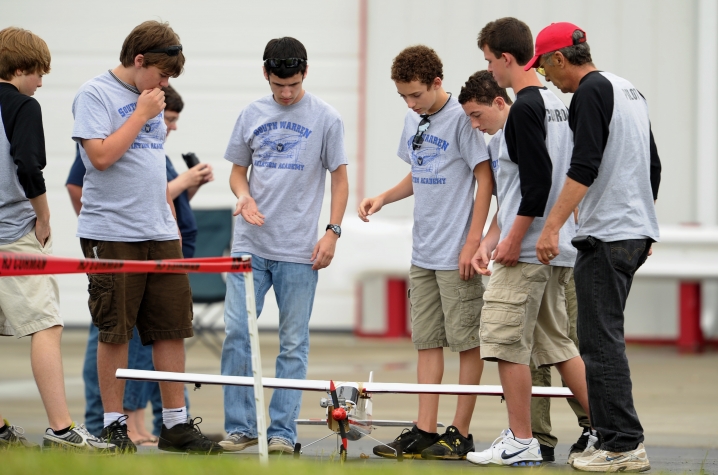 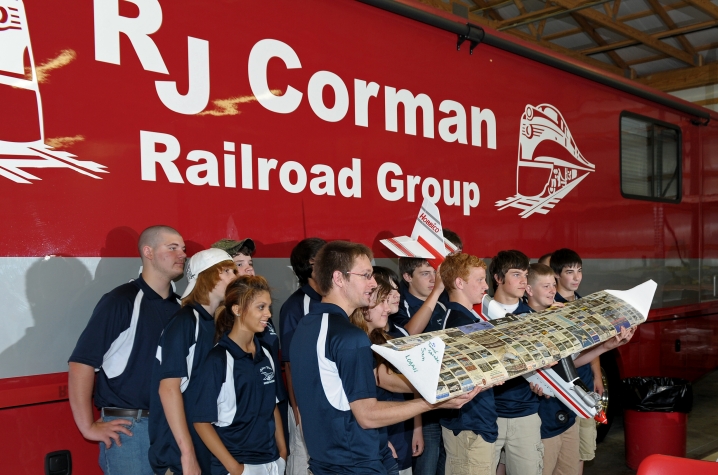 LEXINGTON, Ky. (May 26, 2011) — Students representing the 12 high schools that make up the Kentucky Institute for Aerospace Education (KIAE), in coordination with the University of Kentucky College of Engineering and R.J. Corman Aviation Services LLC, participated in the 2011 KIAE Wing Design Competition held May 24 at R.J. Corman’s Lucas Field.

The event, which was modeled after the American Institute of Aeronautics and Astronautics’ intercollegiate Design/Build/Fly Competition, was the first of its kind to be held among high school students and was sponsored by a grant from NASA’s Kentucky Space Grant Consortium. Around 125 students, faculty and volunteers were in attendance.

Each team received a remote-controlled airplane kit but was instructed to design and construct a wing of their own for the aircraft. To assist teams with their design plans, faculty from the UK College of Engineering provided teaching modules on aerodynamics and stability. The competition also required each team to submit a five-to-10-page paper on the design of their wing.

The winning aircraft was determined by the amount of weight it could carry with respect to the weight of its wing. Teams experimented throughout the event, adding and subtracting payload via creative innovations such as water bottles containing gravel and a weighted camera case secured to the bottom of the plane.

In addition to the competition, remote-controlled vehicle stunt pilot Brendan Jones entertained participants and volunteers with a stunt demonstration using a remote-controlled airplane during lunch, which was provided by NASA’s Kentucky Space Grant Consortium. Another highlight came when R.J. Corman Aviation Services conducted a tour of its facilities and everyone in attendance had the opportunity to see its Learjet take off from Lucas Field.

Suzanne Smith, director of the Kentucky Space Grant Consortium and professor of mechanical engineering at the University of Kentucky, praised the quality of the students’ work and remarked that the collaborative event gave students a taste of a future in aviation.

“The students didn’t just get to fly their planes, but they also got to talk to professional aviators and experience what it is like to be around an aviation company and imagine similar careers for themselves,” Smith said.