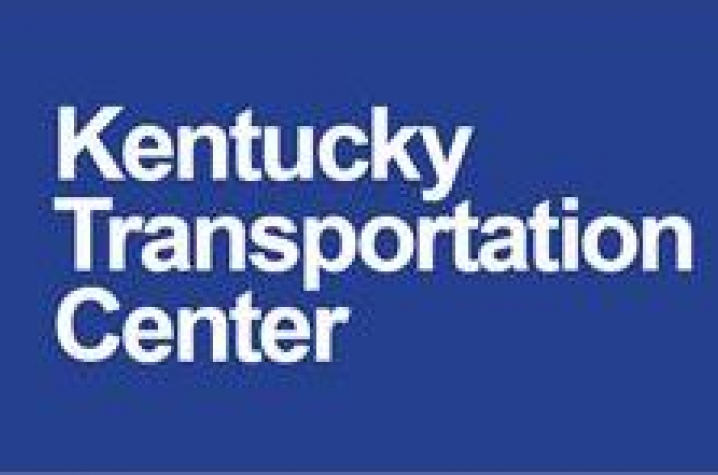 LEXINGTON, Ky. (Nov. 10, 2014) — The Kentucky Transportation Center's (KTC) Kentucky Automated Truck Screening (KATS) project was selected as the 2014 Intelligent Transportation Society (ITS) Midwest Project of the Year on October 21 at the ITS of the Midwest Annual Meeting in Indianapolis.

Six nominations represented the four states in the organization: Ohio, Indiana, Illinois, and Kentucky. KTC's project was sponsored by the Kentucky Transportation Cabinet (KYTC) with Brian Beaven, with the Department of Vehicle Regulation, serving as the project manager. KATS was implemented by the Intelligent Transportation Systems program within KTC, including Jerry Kissick, Mark Spellman and Jennifer Walton.

In 2013, nearly 3.5 million trucks traveled through Kentucky’s 14 weigh stations. However, only about one percent of the trucks coming through the weigh stations are inspected due to the time inspections take, and limited staffing availability. Inspections are conducted to ensure that commercial vehicles are operating in a safe manner and are meeting all federal and state regulations. Identifying the right trucks for inspection can lead to fewer unsafe trucks on the roadways and increased revenue for Kentucky.

KATS, working to identify those trucks, utilizes a license plate reader, U.S. Department of Transportation (USDOT)/KYU number reader, and scene camera technology to collect and process identifying information from the vehicle. As a truck enters a weigh station with this system, data collection begins. A complete record contains the date and time, weight of the vehicles, the license plate number and jurisdiction, the USDOT and KYU numbers, and an overview image.

The data is then correlated into a single record and is checked against several state and federal systems. The system flags vehicles that fail any tests, but only those violations specified by enforcement are automatically directed to stop. Research has shown that inspections initiated from KATS tend to have more violations and are more likely to result in increased revenue for Kentucky. After six months, one location with KATS capability collected a 600 percent increase in revenue. To date, five KATS systems are operational and four more are being deployed at weigh stations, and will be fully operational by the end of 2014.

KTC was founded as the Kentucky Transportation Research Program in 1981, when the Kentucky Department of Highways transferred its Division of Research to the University of Kentucky’s College of Engineering. In 1988, it was combined with the University’s federally funded Local Technical Assistance Program (LTAP) to provide services to the transportation community through research, technology transfer and education.

For more information about KATS, contact Amy I. Terry, communications and marketing specialist at KTC, at 859-257-7466 or amy.terry@uky.edu.