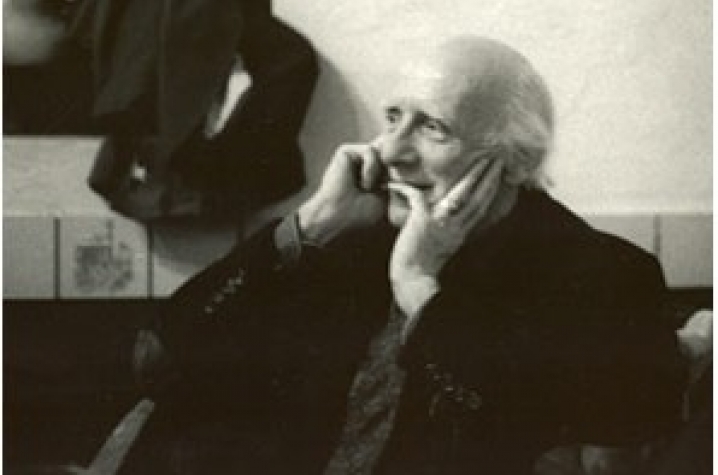 Lexington, Ky. (Aug. 19, 2009) Friends and colleagues of the late James Baker Hall are working to honor the legacy of the former University of Kentucky professor and Kentucky Poet Laureate by instituting an endowed scholarship in his name. The scholarship will benefit an English major who displays an interest in creative writing as well as a commitment to civic responsibility.

A group of Hall's friends came together soon after his death in June, 2009, to establish the memorial fund. The primary leaders of the fund drive are: Richard Hurst, a childhood friend of Hall and president of longtime Lexington business Hurst Office Furniture and Supplies; Gurney Norman, professor of creative writing at UK and current Kentucky Poet Laureate; and Adalin Wichman, a local artist and friend of Hall.

A prolific writer, Hall was also a talented photographer. He served on the UK faculty from 1973 until his retirement as as emeritus professor in 2003. For 30 years, Hall led the UK creative writing program.

A native of Lexington, residing until his passing in Sadieville, Ky., with his wife Mary Ann Taylor-Hall, he taught English and creative writing at the University of Kentucky for 30 years. He authored several volumes of poetry – "Stopping on the Edge to Wave" (Wesleyan University Press), "Fast Signing Mute" (Larkspur Press), "The Mother on the Other Side of the World" (Sarabande Books), and "The Total Light Process: New & Selected Poems" (University Press of Kentucky). He was also the author of a novel-in-verse, "Praeder’s Letters" (Sarabande Books). His poems have been published individually in The New Yorker, The Paris Review, Poetry, The American Poetry Review, The Kenyon Review and elsewhere.

In addition to being appointed as Kentucky Poet Laureate by Gov. Paul Patton, Hall received a National Endowment for the Arts Fellowship in poetry, a Kentucky Arts Council Al Smith Individual Artist Fellowship in creative writing, and won both Pushcart and O. Henry prizes. An alumnus of the University of Kentucky, Hall received his bachelor's degree from UK in 1957 and his master's degree from Stanford University in 1961.

The James Baker Hall Memorial Fund will be coordinated by the UK College of Arts and Sciences. Inquiries should be directed to Mimi Ward, (859) 257-8124. Checks may be made payable to: