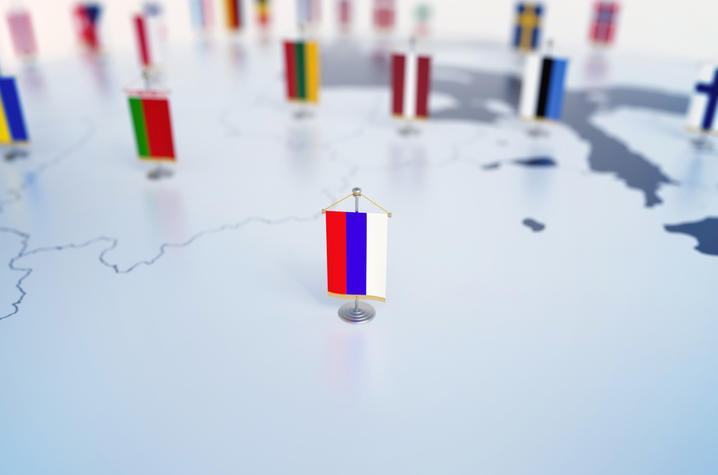 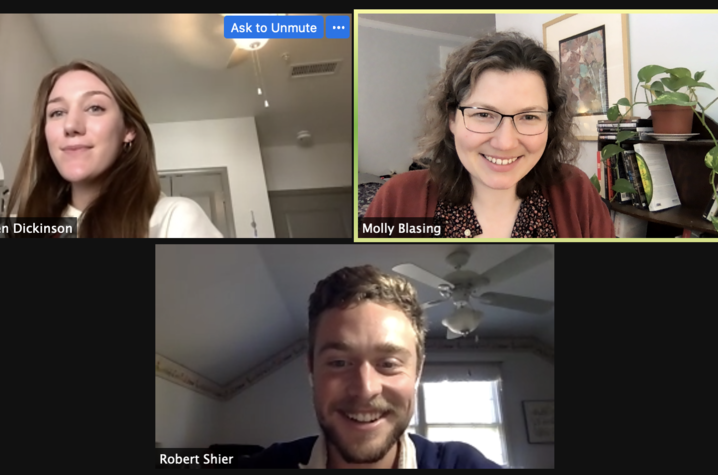 LEXINGTON, KY. (Nov. 17, 2020) — Did you know, federal agencies have identified Russian as a priority language of national need?

A new course at the University of Kentucky aims to meet that need by preparing students for careers as global language professionals.

The Department of Modern and Classical Languages, Literatures and Cultures (MCLLC) in the College of Arts and Sciences strives to teach students how to read, speak and write in various languages on matters ranging from poetry to politics. Now, with support from an Alternative Textbook Grant from UK Libraries, RUS 410G: Russian for STEM prepares students for diverse career paths by focusing on subjects in science, technology, engineering and mathematics.

“At the core of this project is a recognition that students graduating from our program should be poised to engage with Russia as a fully modern, technological and scientific global power,” Molly Blasing, an assistant professor of Russian studies who developed the course, said.

Victor Montgomery, a graduate student in the Patterson School of Diplomacy and International Commerce, is pursuing a concentration in international security and intelligence. He jumped at the opportunity to continue his language studies.

“I foresaw a lot of overlap between the subject matter of the STEM Russian course and my graduate studies, since Russian researchers, analysts and policymakers are looking at a lot of the same problems we — their English counterparts — are,” he said.

The course, conducted in Russian, incorporates field-specific lexical development, advanced work with numbers and the language of scientific texts. This semester, students have moved through units on COVID-19 vaccine development; climate change and the Russia Arctic; and are now working on the past and future of space exploration with a focus on Mars.

Mark Hoskin, a Donovan Scholar with a mathematical background, finds satisfaction in feeling comfortable with and understanding scientific Russian.

“I have always been interested in space exploration and remember very well sitting in front of the television set on a Sunday night, July 20, 1969, listening to Walter Cronkite on CBS and watching Neil Armstrong and Buzz Aldrin walk on the moon for the first time in human history,” he continued. “Hence, an upcoming assignment on Mars exploration has piqued my interest, and I look forward to writing about it in Russian.”

While Hoskin is taking the course as a way to continue his education post retirement, his fellow classmates have varying career aspirations. For example, their majors range from chemistry to international studies and even pre-med.

“What I’ve learned in this class will be invaluable in my future career as a physician. Typically, language classes focus on high-yield conversational vocabulary, but as someone who’s future interactions with Russian-speakers will likely occur in a professional, scientific setting, I think it has been extremely worthwhile for me to build more specialized lexical skills,” Garrison Wright, a Russian studies major on a pre-med pathway, said. “With what I’ve learned in this class, I’ve gained the ability to understand and engage with Russian-language discourses on today’s major scientific topics and issues.”

“My favorite part of the course has been learning from other students with expertise in the hard sciences. At the Patterson School we study many global issues — like COVID-19 and climate change — that can only be resolved through policy informed by science,” Max Shier, a second-year graduate student, added. The class feels like a practice interaction between the science and policy focused students that needs to happen in the real policymaking world.”

Blasing hopes the course will serve her students well in their future endeavors. “It’s my hope, the Russian for STEM course will contribute not only new open-access teaching materials but also opportunities for cross-cultural exchange between American and Russian students in an around these cutting-edge research fields.”

The collaboration goes beyond the classroom. In the coming weeks, students will be connecting with Russian graduate students at Skoltech — a leading science and engineering school founded as an MIT partner institute on the outskirts of Moscow.

“Diplomacy is always a collaborative effort by different government agencies, experts, scientists, and even the private sector and general public,” Shier said. “I hope that my career will entail the Russian language aspect as much as possible, but the cooperative nature of the course will be valuable in any career path.”

To learn more about Russian studies, you can visit the MCLLC website.