The History of The UK Cheerleading Squad: Jay McChord from Renee Collins on Vimeo.

LEXINGTON, Ky. (Jan. 17, 2019) — C-A-T-S spells more than a storied tradition in basketball. It is also the chant of the 23-time Universal Cheerleaders Association champions — the University of Kentucky Cheerleading team. And this weekend, the team will travel back to Orlando, Florida, to defend its title and, hopefully, bring back a 24th national championship.

So, what is the winning formula in collegiate cheerleading that has brought the coveted hardware back to the Bluegrass year after year? A new oral history collection at UK Libraries’ Louie B. Nunn Center for Oral History explores that question and more.

While the university had cheerleaders on its sidelines since 1905, the team has evolved over the 100 plus years from “yell leaders” to a competitive athletic activity. Though the team has been a beloved part of athletics’ events at UK from those early years on, it wasn’t until it captured the UCA title in 1985 that the squad would start to the lay the groundwork for a national cheerleading dynasty.

As the team has climbed to the top, UK’s cheerleaders have captured the love and adoration of arenas and stadiums full of fans, including 1984 graduate Reneé Collins, a training consultant for UK’s Office of Institutional Diversity and one of the executive directors of Room 17 Productions Inc., a nonprofit organization that strives to tell the stories of Kentucky through documentary film, preservation and oral history projects. Collins, a lover of music and sports, immersed herself in the whole game day experience in college, catching Wildcat Marching Band and cheerleading practices whenever possible.

Knowing her love for sports and all things UK, Nunn Center Director Doug Boyd shared with Collins a list of potential oral history collections of athletics programs he wanted to pursue for the center, including the cheerleaders. She leapt at the opportunity.

"I've hoped that the Nunn Center could launch an oral history project on the history of UK Cheerleading for some time," Boyd said. "The history of this team is truly epic and needs to be recorded and preserved. While this story is important to UK history, it is important at the national level for telling the history of cheerleading as well as the history of college athletics in general. I am so happy that we are able to turn this idea into reality."

To get started, Collins contacted alumnus Dale Baldwin, a cheerleader on the first national championship team who maintains a Facebook page for cheerleading alumni. She approached him about creating an oral history project and a documentary film about the team and he spoke with T. Lynn Williamson, longtime advisor to UK’s cheerleading squad and principal deputy general counsel at the university. Within a few weeks, Collins had both in the interview chair to start to tell UK Cheerleading’s story.

And while the collection offers insight into what it takes to become a champion, the interviews dig even deeper into a more complete story of the cheerleading squad. Collins found that three themes continued to crop up throughout her conversations: the leadership of Williamson as the group’s advisor; lessons in teamwork, trust, leadership, travel, courage and commitment — skills the former cheerleaders and mascots continue to use in the workplace; and the inspiration of Baldwin, who persevered and graduated after a serious accident on the basketball court in 1986.

“To this day, whether or not they cheered with him (Baldwin) on the same squad, his presence in their lives is very meaningful to them as they face challenges and address opportunities in their own lives,” Collins said.

For Collins, many elements of the interviews resonated deeply. She too was inspired by participants’ comments on Baldwin’s positive outlook on life, which he says he takes “one eight-count at a time.” And as someone who in her UK job has instructed others on being highly effective, it might not be surprising Collins recalled fondly a teary-eyed Eric Bumm reading a handout given to him by Williamson on the first day of his cheerleading career titled "Absolute Responsibility" — a list of principles that were expected of the team for the honor of being selected to be a UK cheerleader. Bumm still refers to the document today.

Collins is not the only one excited about the project, many of the former cheerleaders are thrilled to share their stories with Big Blue Nation too. “I am so excited that Reneé Collins chose to do the UK Cheerleading Oral History Project," Walters said. "There are so many wonderful memories and stories about this awesome spirit program and it was a delight to reminisce about them while being interviewed by Reneé.”

Rebecca Bach Cain, who also cheered for UK in the 1980s, agreed. "The oral history on UK Cheerleading means the world to me and I know my colleagues feel the same! To have been able to be a part of the UK Cheerleading legacy is one of the highest honors I have had in my lifetime. I cannot wait to share our journey and memories with everyone."

Currently, the public can get a behind-the-scenes look at UK Cheerleading with 11 interviews online varying 60-90 minutes in length. These interviews have been fully indexed using Nunn Center's Oral History Metadata Synchronizer (OHMS), a digital tool that improves access to online oral histories by connecting a text search with the corresponding moment in online audio or video. To see a full list of online interviews on UK Cheerleading, visit: https://kentuckyoralhistory.org/ark:/16417/xt7b5m627z01.

And, like the award-winning team itself, the future of this new oral history collection appears to be bright for many years to come. Collins plans to continue scheduling interviews, explore the impact of diversity and inclusion on the squad, develop a documentary, and connect other archival materials (photos, articles, etc.) to the content at UK Special Collections Research Center.

“We hope to interview as many UK cheerleaders as we can from all decades and backgrounds,” Collins said. “Our most immediate plans are to attend tryouts this spring and interview the incoming freshmen, who make the team this summer, and track their cheerleading careers over the course of four years as a student at UK. Wouldn't that be something to see?”

The Nunn Center for Oral History at UK Libraries' Special Collections Research Center is recognized as an international leader and innovator in the collection and preservation of oral histories. The center is home to over 12,000 oral history interviews that provide a unique look into Kentucky and American history and represent an irreplaceable resource for researchers today and generations from now. The Nunn Center’s collections focus on 20th century Kentucky history, Appalachia, Kentucky writers, agriculture, black history, the history of education, politics and public policy, the Civil Rights Movement, veterans, the university, and health care, as well as the coal, equine and Kentucky bourbon industries. 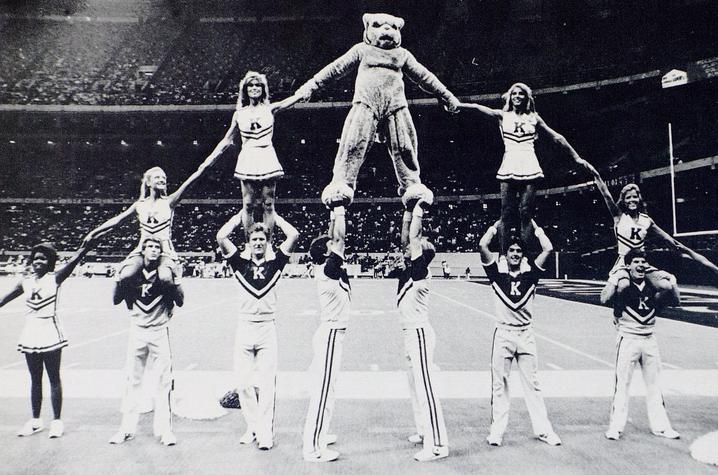 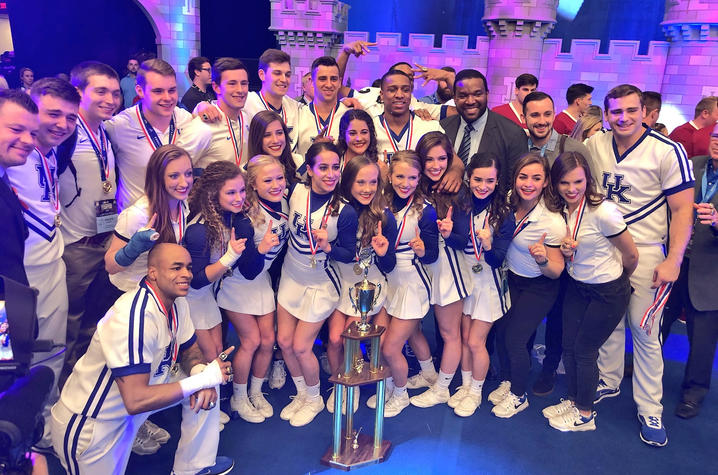 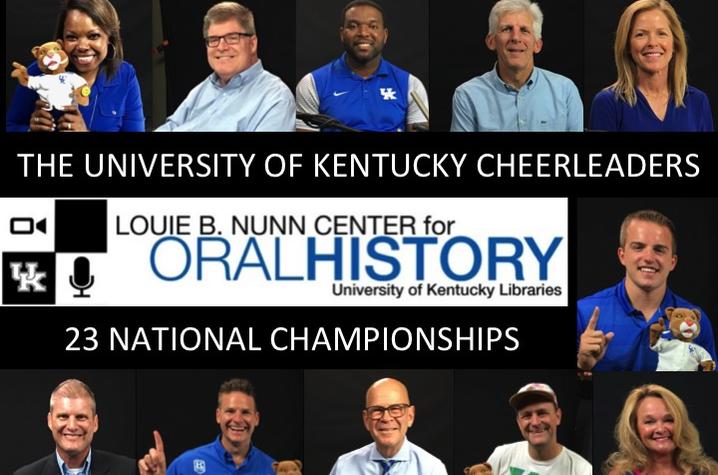 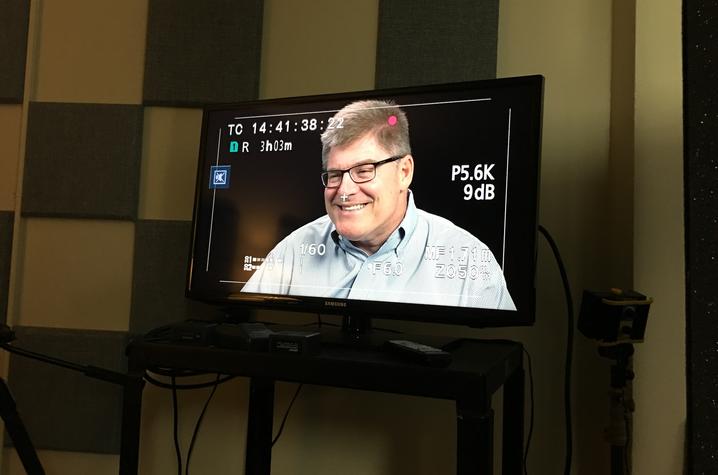 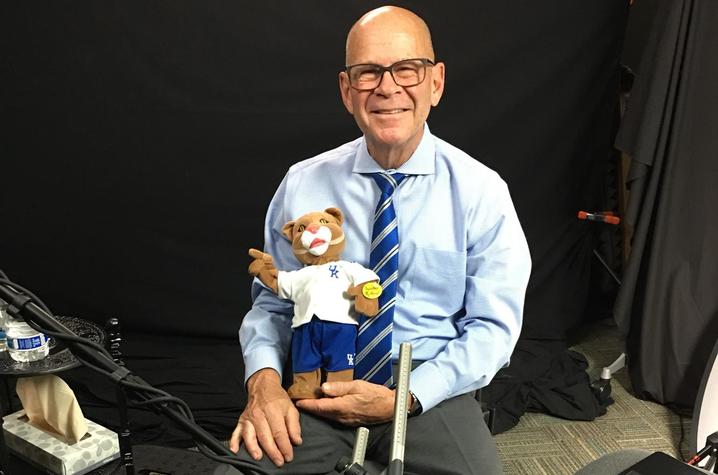 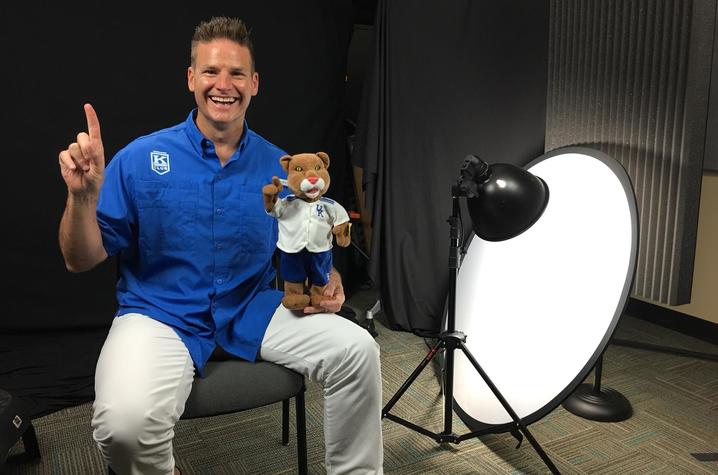 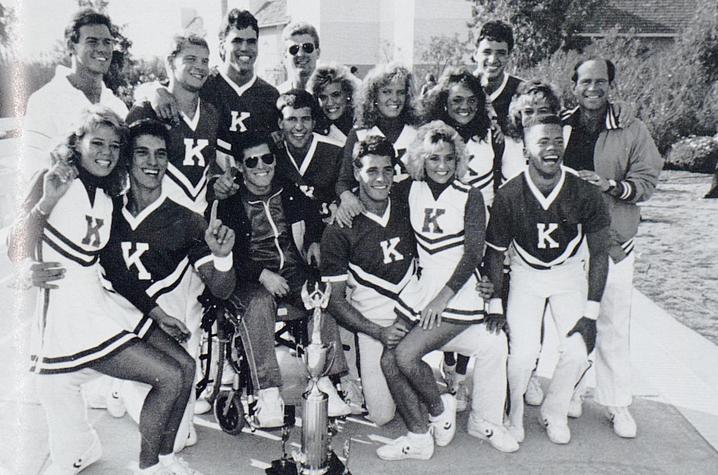 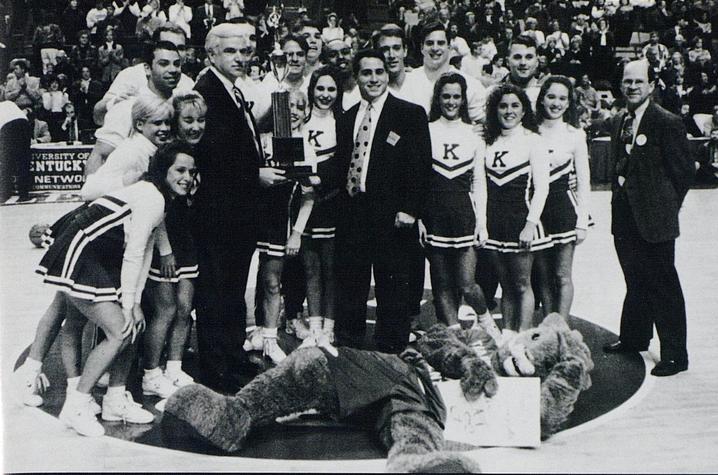 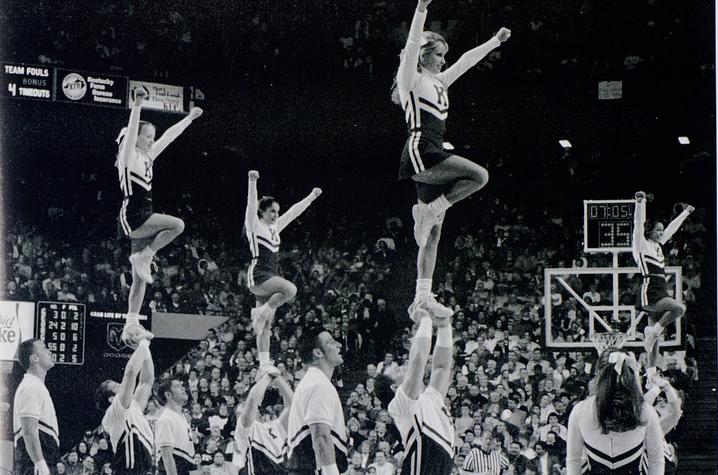 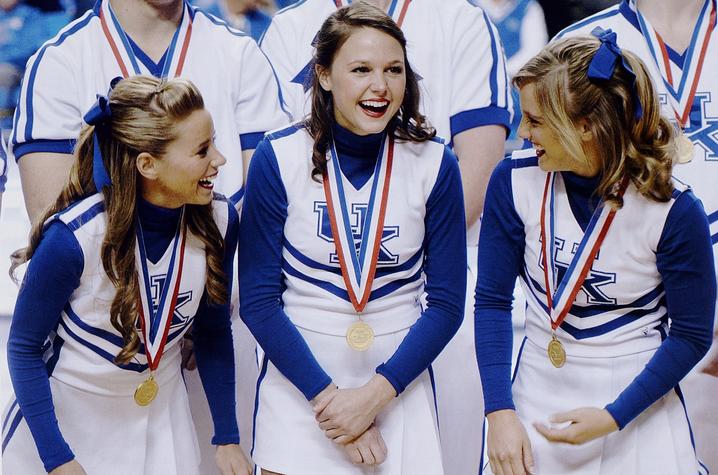