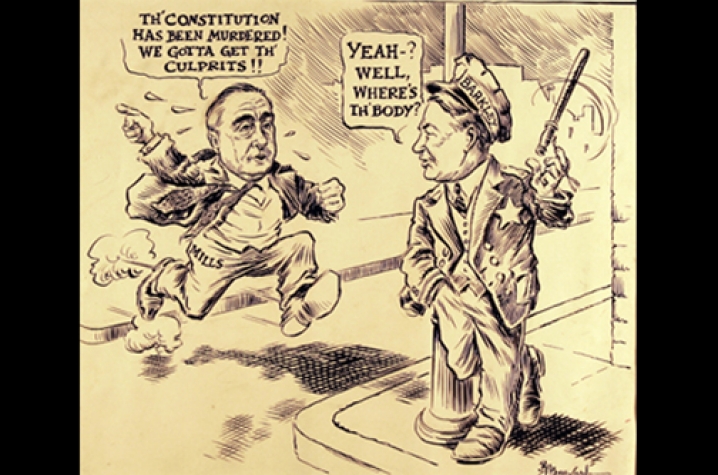 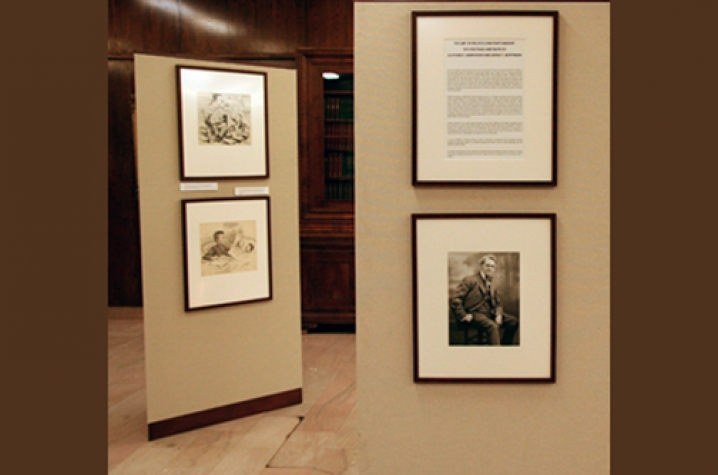 LEXINGTON, Ky. (Feb. 4, 2011) − Since the mid-19th century, political cartoonists have strived to inform, ridicule and, most importantly, induce a public reaction by shedding light on major social or political issues through cartoons. The Public Policy Archives at University of Kentucky Libraries houses the political artwork of many 20th century cartoonists, and they are sharing pieces of the collection as part of an exhibition of political cartoons at UK's Margaret I. King Building. The free public exhibit, which includes the work of the late political cartoonist and Kentuckian, Clifford Berryman, and his late son James Berryman, is on display in the facility's foyer through March 31.

Although the art of political cartooning began during the mid-19th century, it became increasingly popular in the 1870s when political cartoonist Thomas Nast criticized William "Boss" Tweed and his Tammany Hall "Tweed Ring" over the disappearance of about $200 million of taxpayers' money. This caused quite a public stir, especially from Tweed, who did not appreciate being publicly humiliated. Since then political cartooning has become a common journalistic art.

In honor of Clifford and James Berryman, the National Press Foundation annually presents the Berryman Award to an editorial cartoonist for work it feels has been well drawn and has influenced public opinion.

The Public Policy Archives, part of the Special Collections Division at UK, houses the political artwork of many 20th century cartoonists including the Berrymans and Grover Page, the former cartoonist for the Louisville Courier-Journal.