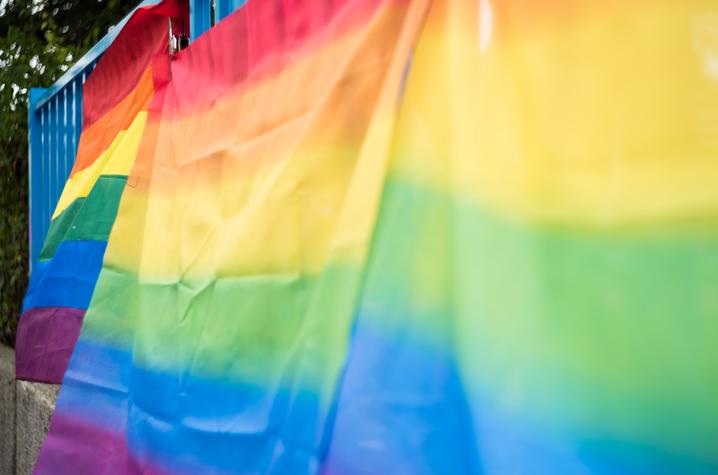 LEXINGTON, Ky. (July 8, 2020) — In a resounding victory for LGBTQ* rights, on June 15 the United States Supreme Court ruled that the 1964 Civil Rights Act, which prohibits sex discrimination in the workplace, also applies to members of the LGBTQ* community.

By a vote of 6-3, the court ruled that an employer who fires an individual merely for being gay or transgender defies the law.

The result of decades of advocates fighting for LGBTQ* rights, the Supreme Court’s clarification that it’s unlawful to fire people because of their sexual orientation or gender identity gives hope that the country can continue the fight for LGBTQ* acceptance.

Across the nation, prior to last month’s ruling, only 22 states had their own laws prohibiting job discrimination based on sexual orientation or gender identity. Seven more provided that protection only to public employees. Those laws will remain in force, but now, similar protection will be provided for LGBTQ* employees in the rest of the country.

It is estimated that more than 11 million adults, 4.5% of America's population, identify as LGBTQ*, according to a 2018 Gallup report. Of that population, one-fifth have reported discrimination based on sexual orientation or gender identity when applying for jobs.

Activists believe the decision barring discrimination in the workplace nationwide will have a broader impact on the LGBTQ* community than past legislation, such as the 2015 legalization of same-sex marriage. While not everyone will get married, nearly every LGBTQ* adult has or needs a job. Now, many believe that more people will be able to find employment and financially provide for themselves.

To reflect on the monumental ruling and next steps in the long arc of what is now known as the gay rights movement, UKNow spoke with the University of Kentucky Office of LGBTQ* Resources Director Lance Poston.

UKNow: What is the significance of the Supreme Court ruling for the LGBTQ* community?

Poston: Last month’s Supreme Court decision was another huge win for human rights in the United States and a significant step forward for LGBTQ* movements. The court has definitively articulated that the category of “sex” in the 1964 Civil Rights Act does, in fact, extend to cover discrimination on the basis of sexual orientation and gender identity. It is also heartening to see the majority opinion of the court come from a coalition of justices who were nominated by Democratic and Republican presidents.

Poston: While the 2015 marriage equality decision in Obergefell v. Hodges was also a huge step forward, it was a well-known fact that in many municipalities an LGBTQ* couple could be married one day and fired from their jobs the next day because many folks argued that sexual orientation and gender identity were not protected classes covered by the 1964 Civil Rights Act. However, this most recent court decision puts that debate to rest, making clear that no one can be fired simply for being lesbian, gay, bisexual or transgender.

UKNow: How will this ruling have an impact across the country, specifically on education?

Poston: The ruling provides additional peace of mind for LGBTQ* employees in all sectors of the economy — including in higher education — and could have the positive benefits of helping many LGBTQ* individuals feel that it is safe to come out or transition at work. Also, for those of us who are in the business of fostering and expanding culturally diverse brave institutions, rulings like this one also provide new tools with which to reinforce positive inclusive campus change.

UKNow: Prior to this ruling, only 22 states and Washington, D.C., had barred discrimination based on sexual orientation and gender identity, while a few other states offered more limited versions of such protections. What has UK done to ensure LGBTQ* students, staff and faculty feel safe and protected on campus?

UKNow: Queer people still face discrimination and marginalization on countless fronts beyond the workplace. What do you feel are the key next steps to continue the momentum of this important movement?

Poston: Three key areas where queer people still face discrimination and marginalization with no universal anti-discrimination protections in the U.S. are in public accommodation, housing and health care access. Extending protections in these areas will continue to push us all in positive directions as Americans. An important way to understand concerns and action steps that one can take to support progressive change is by listening to the experiences of LGBTQ* folks and then committing to act in support of change that values all human lives and experiences equally.

To learn more about the Office of LGBTQ* Resources, click here.