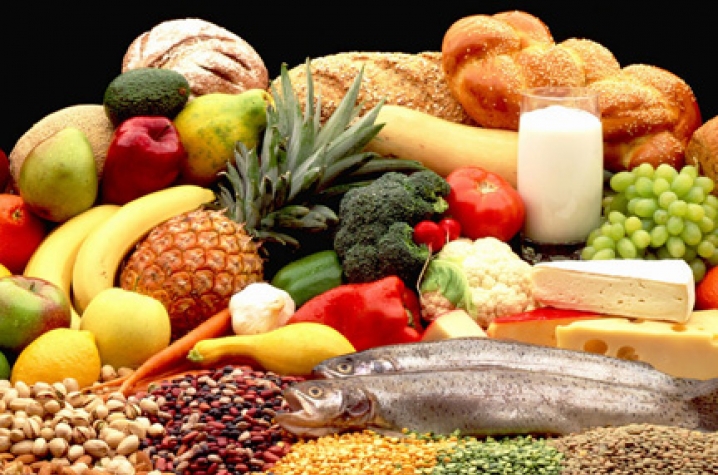 LEXINGTON, Ky., (Dec. 4, 2009) – Members of the University of Kentucky Student Dietetic Association raised awareness about hunger issues at home and abroad through a food waste study and two fundraisers. The fundraisers collected $2,000 for the Kentucky Academy in Ghana and more than 1,000 pounds of food for God’s Pantry Food Bank of Central Kentucky.

“The students had a tremendous influence on raising money for the Kentucky Academy in Ghana, food for God’s Pantry and awareness across UK’s campus,” said Janet Mullins, associate extension professor in the Department of Nutrition and Food Sciences in the UK College of Agriculture.

Mullins shared information with the students about Universities Fighting World Hunger, a group of more than 70 universities that strive to fight hunger and malnutrition in the United States and foreign countries. From that conversation, the students decided to partner with the organization and developed the idea for the study and fundraisers.

“This project provided students with an opportunity to participate in a real-world problem and to make a difference in the lives of thousands,” said Tammy Stephenson, faculty adviser to the association and lecturer in UK’s School of Human Environmental Sciences. “While we cover hunger and food waste in Nutrition and Food Science classes, this was a chance for our students to take that knowledge and to do something about it, making a positive impact on the lives of others.”

The group’s study measured the amount of food wasted at UK’s Blazer and Commons cafeterias during a typical week. Group members weighed leftover food in trays at Blazer Cafeteria before it was discarded. Results from the study showed the average diner wasted 3.3 ounces of food. With the cafeterias serving 10,300 people weekly, the estimated total amount of food wasted in those two on-campus eateries reached more than 1.5 tons.

The group then partnered with another UK group, Students Taking Action Globally, to hold a food drive on campus for God’s Pantry, a food bank that serves 50 Central and Eastern Kentucky counties. Their goal for the food drive was to collect enough food to match the cafeteria’s amount of weekly waste. Student Dietetic Association members and project co-organizers Monica Fowler and Laura Barry said while they didn’t meet their goal, the project was a great learning experience.

“In working with God's Pantry, I received a wake-up call to the food insecurity surrounding me, even here in Lexington,” Barry said. “Just as we became more aware and more passionate about helping others receive the food security that they need, we hope that others will want to take up the fight next year.”

“This taught me that most of us have no idea how many people in Kentucky suffer from food insecurity,” Fowler said.

In addition to the food drive, the students had T-shirts printed with the results from the food waste study and sold the shirts during a six-day period in October at the UK Student Center. Through the T-shirt sales, the group raised enough money to cover the cost of lunch next year for each of the nearly 100 children who attend the Kentucky Academy. The academy is a kindergarten started by Ghana native and UK Nutrition and Food Sciences Associate Professor Kwaku Addo and his wife Esther, a nurse at UK Hospital.

“In the coming years, we hope to create an ongoing campaign for World Hunger Day through Universities Fighting World Hunger,” Barry said. “We are excited at the overall strong response from the campus and the local community, and we hope to see even more food donated next year.”