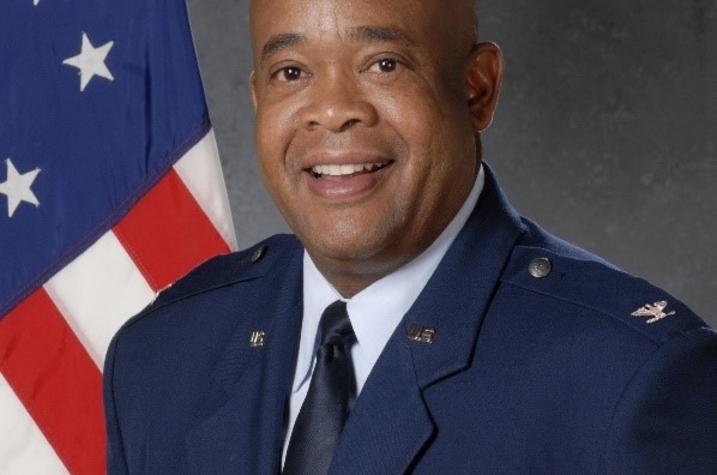 Dr. Zindell Richardson is the new chair of the Department of Oral Health Science at the University of Kentucky College of Dentistry.

LEXINGTON, Ky. (July 15, 2020) - Dr. Zindell Richardson has been named chair of the Department of Oral Health Science at the University of Kentucky College of Dentistry.

As a new faculty member, Dr. Richardson hopes to continue the college's mission of leadership in education, patient care, discovery and community engagement.

"I am honored to be a part of this team, and I intend to help stretch the success this great institution has already attained," Richardson said.

Originally from Campbellsville, Kentucky, Richardson earned his undergraduate degree in Chemistry at Campbellsville University and received his Doctor of Dental Medicine (DMD) degree at the UK College of Dentistry. He practiced general dentistry for 17 years in Lexington before starting his career as a general dentist in the United States Air Force in 2000. After six years in this position, he was selected to attend the Air Force's Advanced Education in General Dentistry Residency, from which he graduated as valedictorian.

Prior to joining UK faculty, Richardson served as commander of the 59th Dental Training Squadron (DTS) at Lackland Air Force Base in San Antonio, Texas. The 59th DTS is the largest Dental Squadron in the Air Force Medical Service and home to the Air Force's Post Graduate Dental School. In addition, Richardson previously served as a dental flight commander, deputy squadron commander and squadron commander for Aerospace Medicine, commander of the 78th Dental Squadron at Robins Air Force Base in Georgia, as well as chief of Dental Program Mangement at the Air Force Medical Operations Agency (AFMOA) in San Antonio, Texas.

"I am thankful for the opportunity to give back to the institution that gave me my 'calling' in life and society," Richardson said.