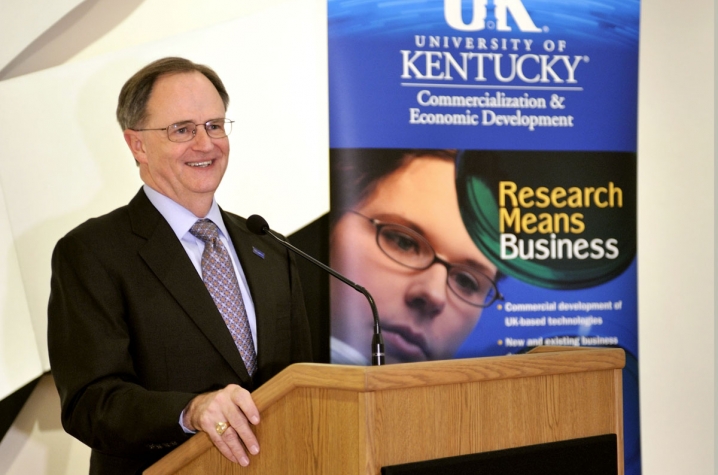 Guest speakers were UK alumnus entrepreneurs John Williams '62, Gatton College of Business and Economics, and Kim Knopf '82, College of Arts and Sciences. Williams founded Computer Services Inc. in 1965. The company that provides banking services such as online security, check image capturing and debit card transactions has grown to six brands with more than $150 million in annual sales. Knopf started Mattress Warehouse/Sleep Outfitters in 1983, just a year out of UK. Today, the business has more than 90 retail locations in four states. Williams and Knopf also met with the UK Entrepreneurs and Wildcat Investment student groups.