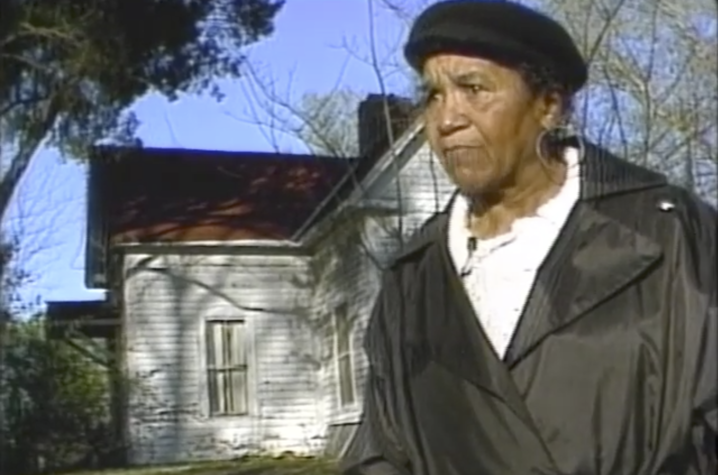 Watch a trailer for "The Ralph Stanley Story" above.

LEXINGTON, Ky. (Nov. 23, 2020) — As Kentucky-based nonprofit Appalshop continues to celebrate its golden anniversary, University of Kentucky Libraries is offering streaming access to part of the world’s largest single body of creative work about Appalachia with the Appalshop Film Collection.

Known globally for documentaries and films, the nonprofit began as a community film workshop in 1969 and has since expanded to include a theater troupe (Roadside Theater), a record label (June Appal), a literary magazine (Mountain Review), a community radio station (WMMT), an educational program (Appalachian Media Institute), a professional archive (Appalshop Archive) and a host of community-building activities. After 50 years of filmmaking that has sought to empower individuals and communities to tell their own stories, Appalshop continues to use film to address the complex issues facing the Appalachian region.

“Since 1969 Appalshop has been producing groundbreaking work on Appalachian life and culture. Access to the Appalshop Digital Film Catalog will enable students in Appalachian studies classes, as well as classes not specifically focused on Appalachia, a glimpse into a range of Appalachian experiences, narratives and histories," Kathryn Engle, associate director of the Appalachian Center and Appalachian Studies Program, said. "In the age of online learning, this film collection presents the complexity and beauty of the region and provides a snapshot of the decades-long work and investment Appalshop has had in central Appalachia.”

UK Libraries reached an agreement in Spring 2020 for the library system to purchase the entire back file of Appalshop films, including documentaries on an array of prominent individuals from the Appalachian region like Kentucky activist Evelyn Williams and Grammy award-winning bluegrass artist Ralph Stanley.

“UK Libraries started originally collecting the Appalshop films on VHS and then transitioned to DVD, so acquiring the collection on streaming media was the best way to continue to provide access to this rich resource on the history and culture of Appalachia," Director of Acquisitions Kate Seago said. "I believe acquiring this collection in streaming media will allow the UK community to access these films in a more convenient format.”

With the help of InfoBase Publishing and the Appalshop team, Electronic Resources Library Manager Jen Montavon-Green made the films available to stream by transferring and loading the collection to InfoBase’s Films On Demand website. From there, Cataloging and Metadata Librarian Adrian Williams worked to make these films accessible through the libraries’ catalog, a process that included in-depth updates to the original videocassettes and DVDs’ bibliographic records. A bulk of these updates revolved around subject analysis, which involved finding subject keywords for each documentary’s bibliographic record to make the collection more easily searchable on InfoKat Discovery.

“It was a really fun project. It was great to be able to interact with these materials and learn more about Appalachia’s culture and history, especially being someone who is new to the region and has so much to learn still about the communities that I seek to serve as a librarian,” Williams said.

Patrons can use this resource guide to browse through the entire list of Appalshop films. Films are available with a linkblue ID to view, stream in class and use in free public performances hosted by UK organizations.

UK Libraries provides access to a number of streaming collections. Find more films and documentaries through this Streaming Media at the University of Kentucky Libraries resource guide.

Located in Whitesburg, Kentucky, Appalshop’s mission is to enlist the power of education, media, theater, music and other arts to: document, disseminate and revitalize the lasting traditions and contemporary creativity of Appalachia; tell stories challenging stereotypes with Appalachian voices and visions; support communities’ efforts to achieve justice and equity and solve their own problems; celebrate cultural diversity as a positive cultural value; and participate in regional, national and global dialogue toward these ends.

As the premier research library in the Commonwealth, UK Libraries provides ever-expanding access to quality information services, teaching and learning programs and services, and excellent learning spaces. More information about UK Libraries can be found on its website.