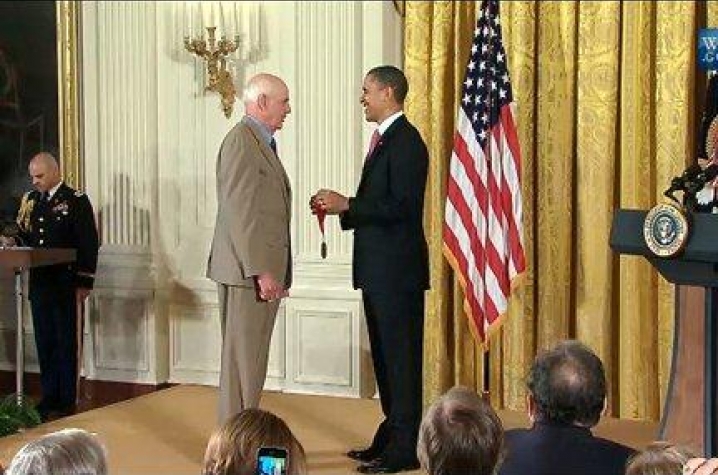 Berry is renowned for his achievements as a poet, novelist, farmer and conservationist. The author of more than 40 books, Berry has spent his career exploring our relationship with the land and the community.

"We take particular pride in the award of a National Humanities Medal to Wendell Berry, our alumnus and revered former faculty member," Subbaswamy said. "As an acclaimed author and conservationist, he is an inspiration to all who come into contact with him and his literary work."

The National Humanities Medal honors individuals or groups whose work has deepened the nation’s understanding of the humanities, broadened our citizens' engagement with the humanities, or helped preserve and expand Americans' access to important resources in the humanities.

The medals, first awarded as the Charles Frankel Prize in 1989, were presented at a White House ceremony on Wednesday, March 2.