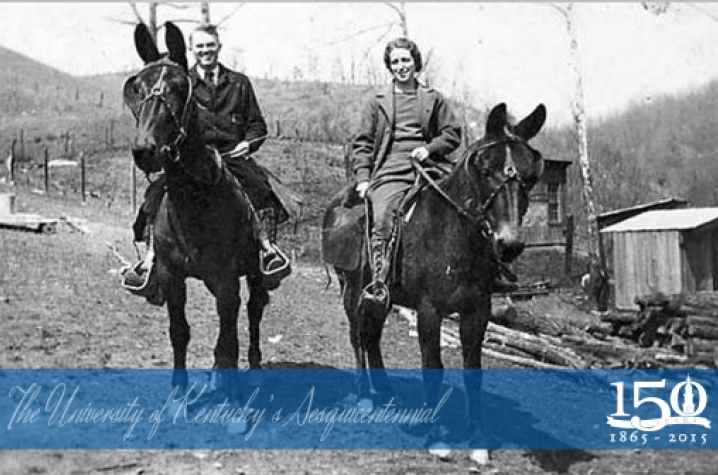 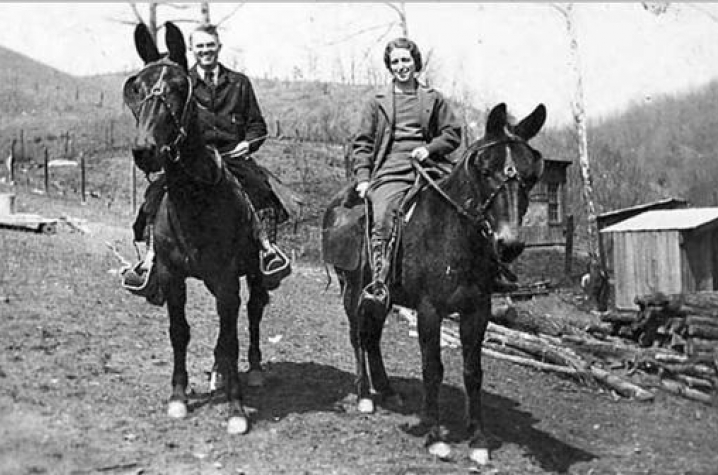 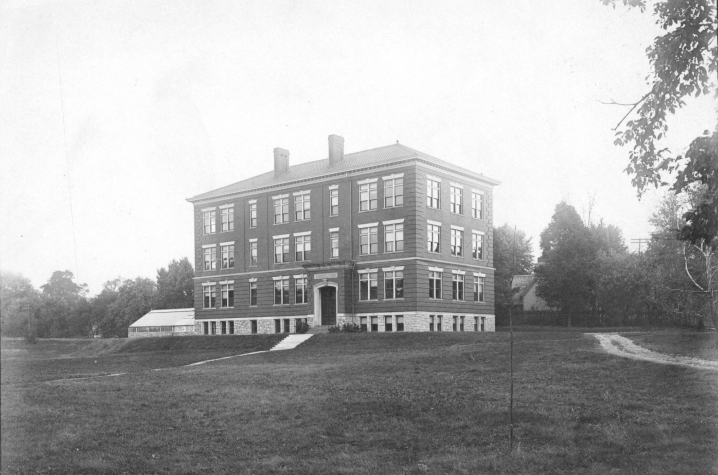 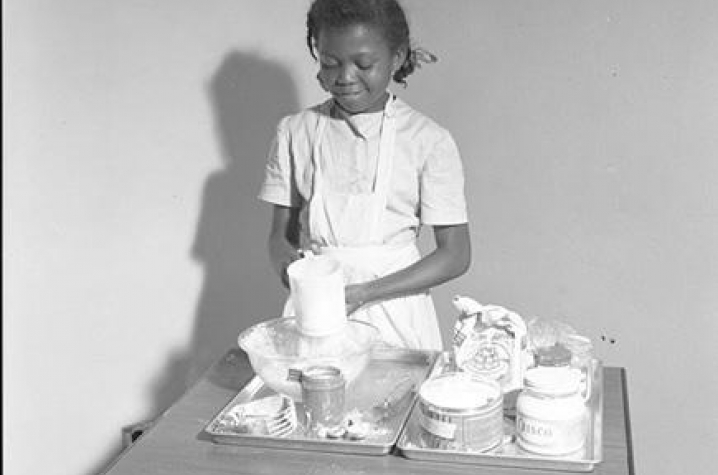 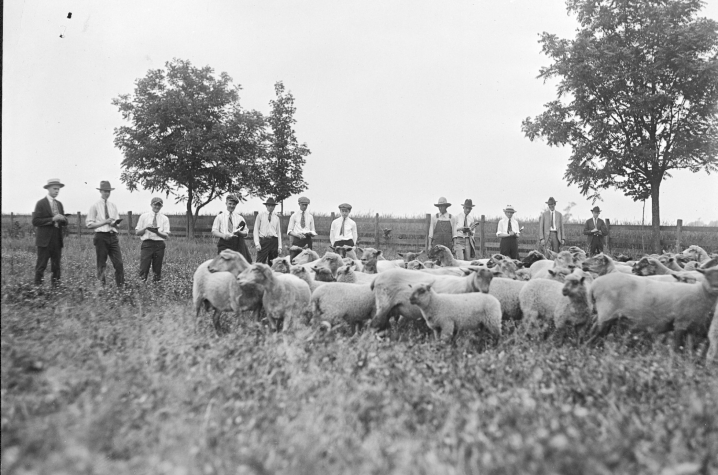 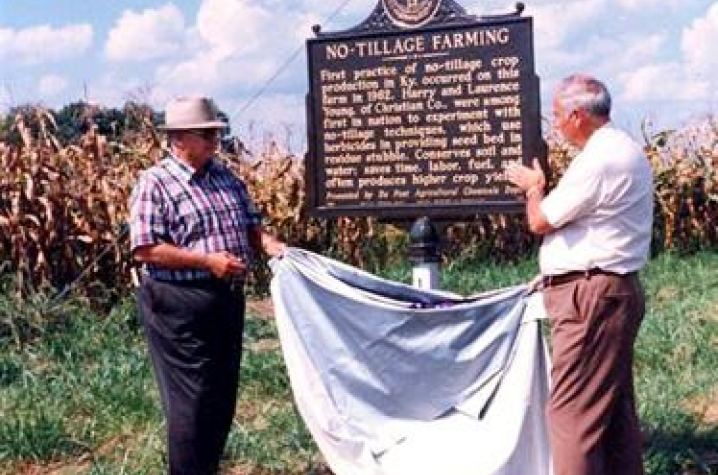 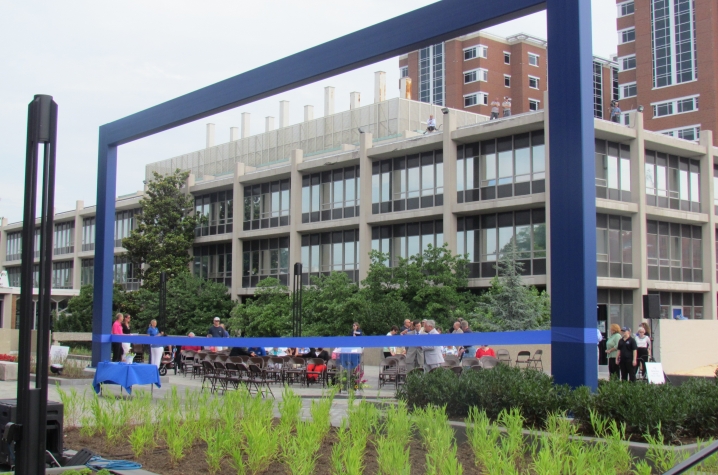 LEXINGTON, Ky. (Aug. 28, 2014) — While we are getting ready to celebrate the Sesquicentennial, the 150th birthday of the University of Kentucky, it is important to remember that the 'roots' of the institution in large measure can be found in the land itself, as in agriculture.

Three years before the founding of what we now know as UK in 1865, the Morrill Land-Grant College Act of 1862 was passed by Congress and signed into law by President Abraham Lincoln. The legislation alloted to the states profits from the sale of western lands. These profits were to be used to establish higher education programs, particularly in the practical and applied sciences, including agriculture.

The Agricultural and Mechanical College of Kentucky (later the University of Kentucky) found its permanent home in Lexington in 1865, after Kentucky University Regent John Bryan Bowman purchased Henry Clay's Ashland and J.B. Tilford's Woodlands estates. It was not until 1881 that William Ashbrook Kellerman was hired as the first full-time professor of agriculture after the Kentucky General Assembly authorized a half-cent property tax to support the establishment of an Agricultural Department.

"What we now call our UK College of Agriculture, Food and Environment has established a long and proud tradition of excellence with respect to our integrated land-grant missions of teaching, research, and service through extension," said Nancy Cox, who became the first woman to serve as dean of the college on Jan. 1, 2014. "We have a productive and dedicated faculty and staff who educate students to prepare for almost every career path."

Back in 1885, the Commonwealth of Kentucky became somewhat of a national trendsetter when UK President James K. Patterson hired Melville Amasa (M.A.) Scovell as the first director of the Kentucky Agricultural Experiment Station. This was two years before Congress' Hatch Act provided federal funds for state agricultural experiment stations. By 1886, the Experiment Station was directed by the General Assembly to assume responsibility for analyzing and labeling fertilizers. Over the next 30 years, that regulatory responsibility had expanded to include seeds, nursery products, livestock feed, food and drugs.

Domestic science instruction, what later became known as home economics, was begun at UK in 1906 as 40 women took two courses. Currently, the School of Human Environmental Sciences within the college has an enrollment of approximately 1,000 undergraduate and graduate students of both genders.

The impact of the college on Kentucky, the nation and the world took a huge leap forward in 1912. That is when the UK Agricultural Special, a "university on wheels," made 108 stops and covered nearly 2,500 railroad miles across the state. This train of six cars carried exhibits on all facets of agriculture to more than 70,000 Kentuckians. Again, the university and the Commonwealth were ahead of the curve. This was two years before the federal Smith-Lever Act of 1914 organized and partially funded the outreach activities of land-grant universities, establishing the Cooperative Extension Service.

For the past 100 years, Kentuckians have improved their crop yields, their health, their know-how, their businesses and even the fine arts in their communities by relying on extension's well-informed, research-backed outreach programs. Youth have been served through high-quality 4-H programs. With agents in all 120 of the state's counties, UK Cooperative Extension truly is the local face of the university throughout the Commonwealth.

This article could be the length of a substantial book if the writer was able to include a true measure of the many other significant highlights in the long history of the college.  Instead, at the risk of disappointing some readers, we will mention just a few milestones:

·         1922 — Dean Thomas Poe Cooper establishes the Robinson Substation on nearly 15,000 acres in Breathitt, Perry and Knott counties that were transferred from the E.O. Robinson Mountain Trust.

·         1924 — The West Kentucky Sub-experiment Station is started in Princeton with appropriations from the Kentucky General Assembly. Each experiment station focuses on agricultural situations unique to its part of the state.

·         1942 — To support the U.S. effort in World War II, agricultural and home demonstration agents carry out the "live-at-home" campaign where families agree to produce 75 percent of their own food supply.

·         2001 — Scientists from across the college work tirelessly and are able to get a handle on the outbreak of Mare Reproductive Loss Syndrome (MRLS), a condition resulting in a high number of late term abortions in equine mares.

The UK College of Agriculture, Food and Environment has been fortunate to have the leadership of a number of outstanding deans across the years, beginning with the first person to hold the official title, Dean Clarence Wentworth Mathews.

Here is the chronology of the deans through the years, working our way back from the tenure of the current leader of the college, Dean Cox.

One thing you can be sure of — The College of Agriculture, Food and Environment will continue to look at new and better ways of carrying out its mission as it gets ready to help UK begin its next 150 years.

As Dean Cox put it, "We will build on our distinguished past and embrace our exciting present in order to serve future generations by living up to our slogan, 'We Grow Ideas.'"

Since its founding in 1865, the University of Kentucky has been dedicated to improving people's lives through excellence in education, research and creative work, service, and health care as Kentucky's flagship institution and one of the nation's top land grant universities. Please join us in celebrating the university's 150 year storied history and help us build on that tradition of success as part of UK's sesquicentennial celebration through 2015. Visit uknow.uky.edu/sesquicentennial to access UK sesquicentennial news, in addition to archived news stories and announcements. Keep up with UK sesquicentennial activities on social media by looking for #UK150.