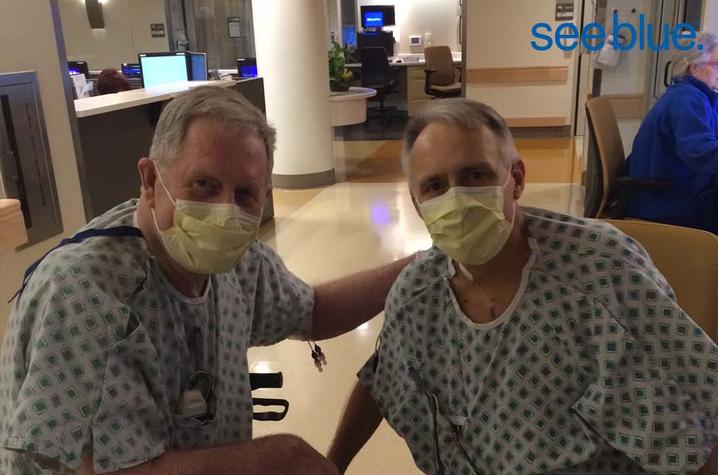 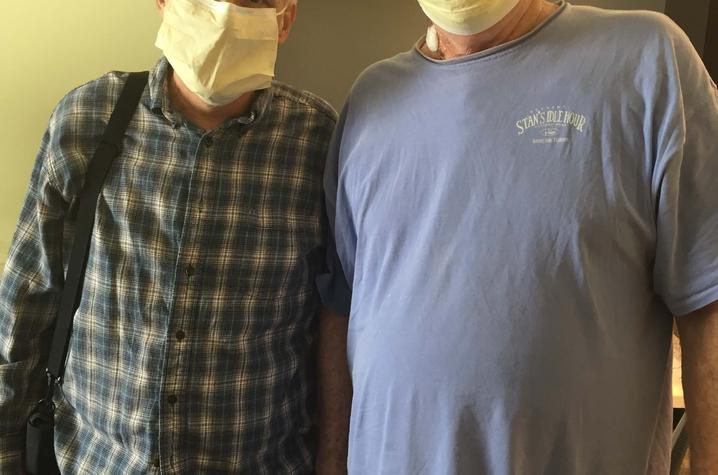 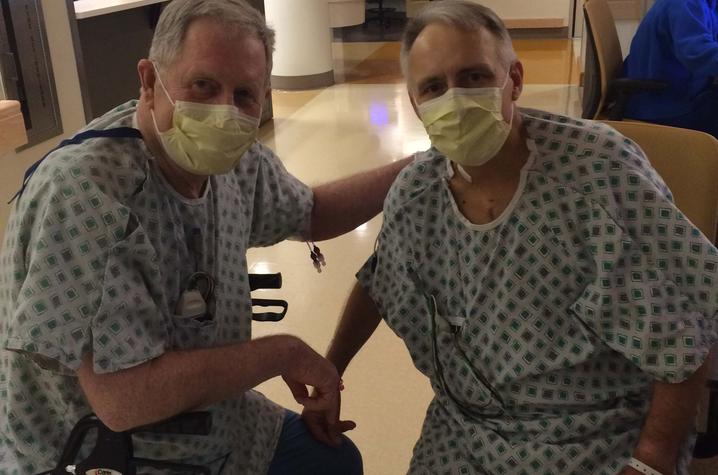 Stan, who had been waiting on a heart transplant in Kentucky since 2012, received a phone call late in the day last Friday, Nov. 13 from UK HealthCare Heart Transplant Coordinator Donna Dennis with good news – an appropriate donor heart had just become available.

He and his wife, Patti, came immediately to the University of Kentucky Chandler Hospital, where Burch received his new heart in the early morning hours of Nov. 14.

"I will never be afraid of Friday the 13th again," Stan said. After the successful surgery, it was just a matter of weeks before Stan was cleared to return home.

The new heart was a long time coming – after dealing with a heart murmur as a child and more recent episodes as an adult, Stan went to local doctors and underwent a variety of procedures to help his failing heart: an implantable defibrillator, a cardiac ablation procedure, medications. Nothing was working.

"I couldn't even breathe well," Stan said. "The old heart just wouldn't let me do anything."

After being told by a local doctor he would never qualify for a heart transplant, Stan sought a second opinion at a medical center out of state, who advised him to go back to Kentucky, find the closest transplant center, and get listed. Though he was initially listed for a transplant in Louisville, he and his wife made the decision to transfer his care to UK in July 2014.

"I had my days of feeling hopeless," Patti said. "But when you went to UK, everyone was so positive."

That positivity didn't just come from the staff, but through other patients as well. While walking through the cardiovascular intensive care unit for his post-transplant exercise, Stan came upon another patient making the same rounds: 58-year-old Dennis Hamilton, who had received a heart just five days prior to Stan. They represent two of the 43 heart transplants UK performed in 2015, a state record.

Dennis, who has a strong family history of heart disease, is the fifth person in his family to have needed a heart transplant. He had been seeing a cardiologist pre-emptively for 15 years, and he exercised regularly and ate a healthy diet, determined to do anything in his power to prevent needing a transplant.

However, his genetics eventually caught up with him, and his congestive heart failure became too severe to be managed with less invasive treatments.

"Last winter, it really started to catch up with me," Dennis said.

Norton HealthCare cardiologist Dr. Janet Smith referred him to UK to see Dr. Navin Rajagopalan, medical director of heart transplantation at UK HealthCare. Though it was a longer trip for the Mount Washington resident, he didn't hesitate to heed his doctor's recommendation.

Because of the similar trajectory in their surgery and treatment, the Burches and Hamiltons bonded during their recovery, frequently meeting up to chat at appointments, offering each other post-transplant advice, and meeting for lunch at local Lexington restaurants after their follow-up visits. Being able to talk with another person who knew exactly what each was going through has been hugely beneficial to their recovery process, they say -- and both plan to keep in touch now that they're back home.

"I'm just tickled to death that we met the Burches," Dennis said.

Meanwhile, both men are looking forward to returning to their regular daily lives this year. Dennis is ready to get back to his grandchildren and spend as much time as he can with them. Stan, who owns a home in Naples, Fla., has been too sick to travel there for many years, and is ready to go back down to warm weather and sunny skies. These days, his outlook on life is nothing but bright.