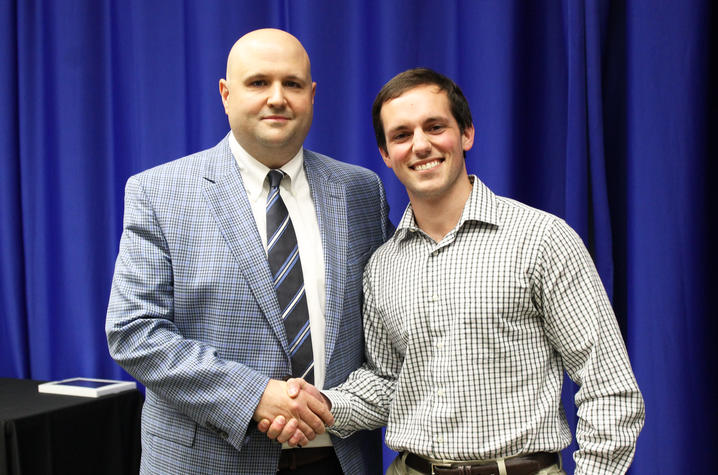 Hooper earned two degrees during his time as an undergraduate at the University of Kentucky, a Bachelor of Science in Spanish and Biology. When the time came to decide where to continue his medical education, UK was high on Hooper’s list. “I knew immediately after my interview here that this where I wanted to be. The medical students and staff I encountered during my interview encompassed everything I wanted in a medical school.”

Originally from Paducah, Ky., Hooper knew he wanted to become a doctor. “I believe being a physician is one of the most fulfilling professions one could choose. At its most basic core, your life’s work is helping others in their time of need," he said. "Doctors have the incredible opportunity every single day to change patient’s lives for the better.” This mindset helps Hooper when classes get difficult or stressful, he said. “I always try to keep this in mind whenever medical school gets stressful.”

Established in 1964, awards day highlights the previous year’s academic accomplishments and was extended in 1994 to include the Academic Convocation to provide a venue for a series of lectures that address current topics in medical education. The Munich Memorial Lectureship was established by the family of Mr. Edwin Munich, a vital force for progress in the community. This year’s Munich Memorial Lecture was presented by Dr. Robert S. DiPaola, dean of the UK College of Medicine. Dean DiPaola delivered a lecture titled, “State of the College of Medicine: Direction for the Future.”