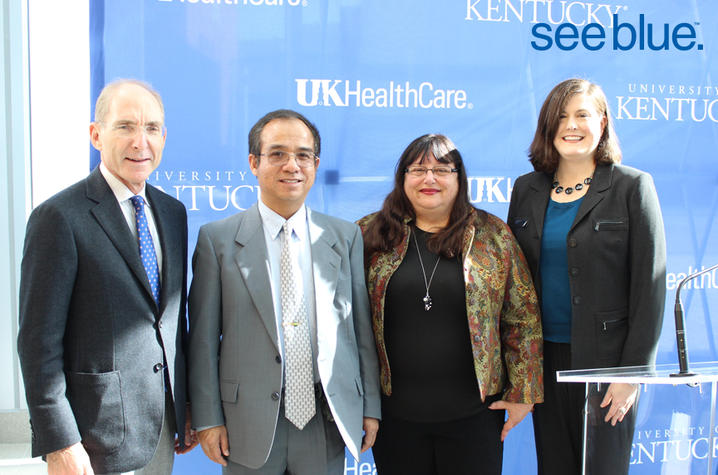 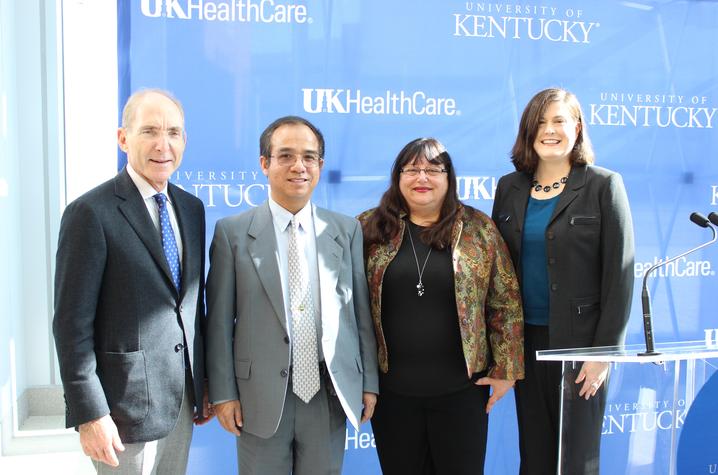 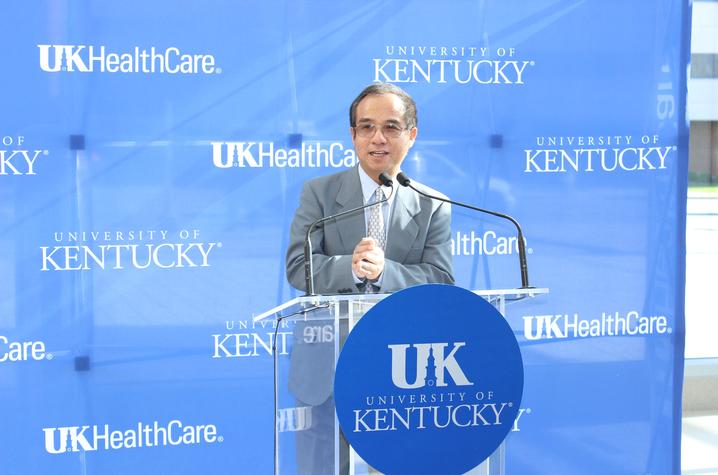 To view captions for this video, push play and click on the CC icon in the bottom right hand corner of the screen.  If using a mobile device, click the "thought bubble" icon in the same area.

The project is funded via the National Institute on Drug Abuse Translational Avant-Garde Award and will help push a promising new therapy for overdose and addiction closer to clinical trials.

“Dr. Zhan’s groundbreaking work in this field cannot be overstated,” said Interim Dean Kelly M. Smith. “There currently is no FDA-approved treatment for cocaine overdose or cocaine addiction, and Dr. Zhan and his research team are trying to change that. Developing such therapies would be a major breakthrough for health care.”

Thus far, the new enzyme has been tested for its efficacy, and has demonstrated a significantly improved efficiency against cocaine compared to CocH1. In addition, it has a longer biological half-life, meaning the treatment will eliminate the cocaine from the bloodstream much quicker than the previous version.

"This next stage of our research is promising, showing that the enzyme has extended function in the bloodstream," Zhan said. "We envision that this therapy could eventually become a viable treatment option for cocaine abuse."

The National Survey on Drug Use and Health has reported that approximately 1.9 million Americans were using cocaine in 2008. In Kentucky, 70 or more people died from cocaine overdose in 2013 and 2014, up significantly from 24 cocaine-related deaths in 2011.

Taking cocaine can result in severe health issues, including cardiovascular issues (disturbances in heart rhythm and heart attacks), neurological effects (strokes, seizures, headaches and coma) and gastrointestinal complications (abdominal pain and nausea). Currently there are no marketed treatments for cocaine overdose or addiction.

“Dr. Zhan's research is a compelling example of how UK — as the University for Kentucky — continually strives to improve lives in our community, by developing treatments to fight back against the crippling nature of addiction," said UK President Dr. Eli Capilouto.

Zhan will serve as principal investigator, but will work closely with Zheng, Walsh, and Ko on the project.