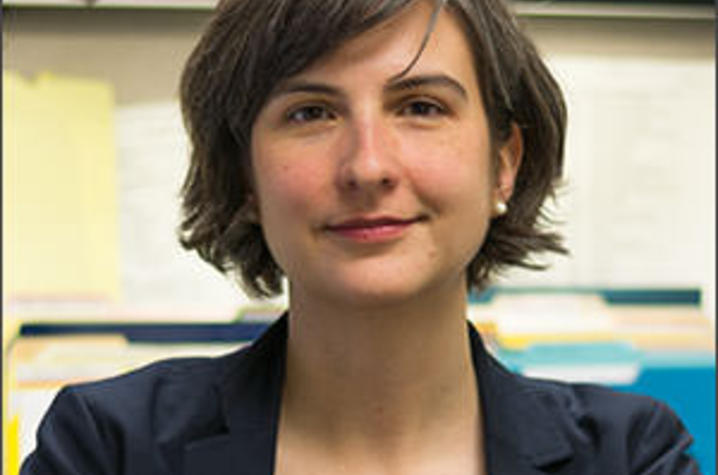 LEXINGTON, Ky. (Aug. 26, 2016) — Researchers in the University of Kentucky College of Public Health and UK College of Medicine recently published a landmark study examining the relationships between diabetes and two types of cognitive dysfunction, Alzheimer’s disease and cerebrovascular disease.

The results of the study, which appeared in a recent issue of Alzheimer’s and Dementia, suggest a correlation between diabetes and cerebrovascular disease, a neurological condition characterized by constricted blood flow to the brain. Cerebrovascular disease is associated with stroke and ruptures that cause brain damage.

Erin Abner, an assistant professor in the UK College of Public Health with a joint appointment in the Sanders-Brown Center on Aging, served as the lead investigator of the study. She said the research responds to conflicting research results pointing to a relationship between diabetes and two cognitive diseases.

“While diabetes is without question both a major public health issue and a risk factor for cognitive impairment and dementia, our study suggests that cognitive dysfunction related to diabetes is likely to be preventable and underscores the idea that heart health is brain health,” Abner said.

The interdisciplinary team of researchers collected data through a sample of more than 2,300 autopsied human subjects with and without diabetes. Data was obtained from the national Statistical Modeling of Aging and Risk of Transition (SMART) consortium, which is led by UK researchers Richard Kryscio and Frederick Schmitt. The researchers examined a number of variables related to the neuropathology of Alzheimer’s disease and cerebrovascular disease and correlated these factors with a condition of diabetes reported through medical records and the use of anti-diabetic medications.

The results clarified the relationships between diabetes and brain infarction, or a type of stroke caused by a blockage of blood vessels in the brain.  Individuals diagnosed with diabetes have a greater risk of developing cerebrovascular disease. While the biological mechanism through which diabetes causes this condition is still unknown, researchers suspect this process involves many factors, including insulin resistance, hypertension and abdominal obesity.