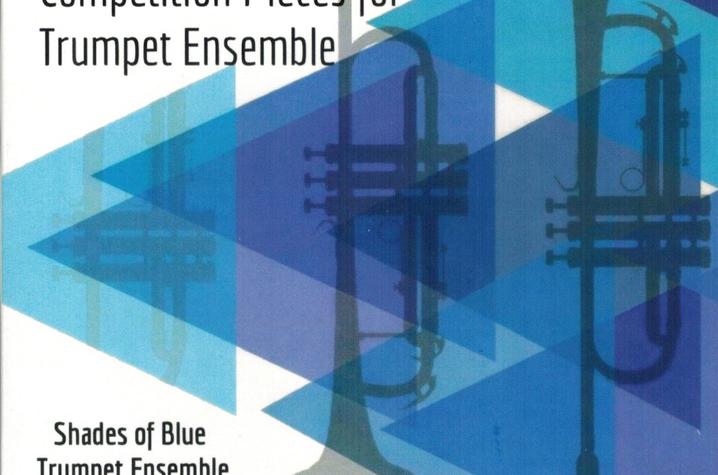 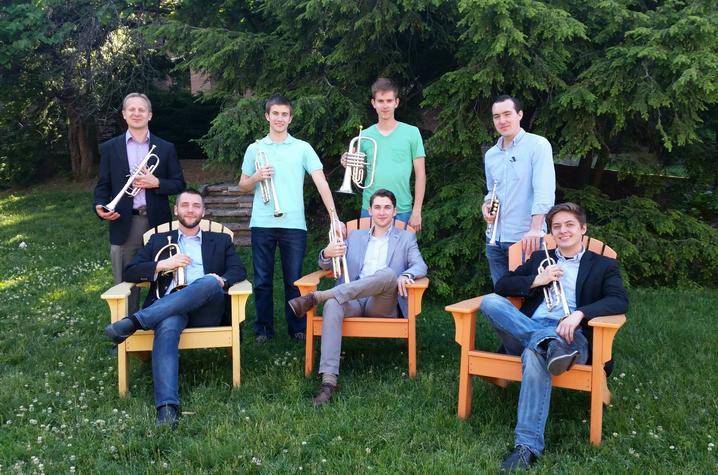 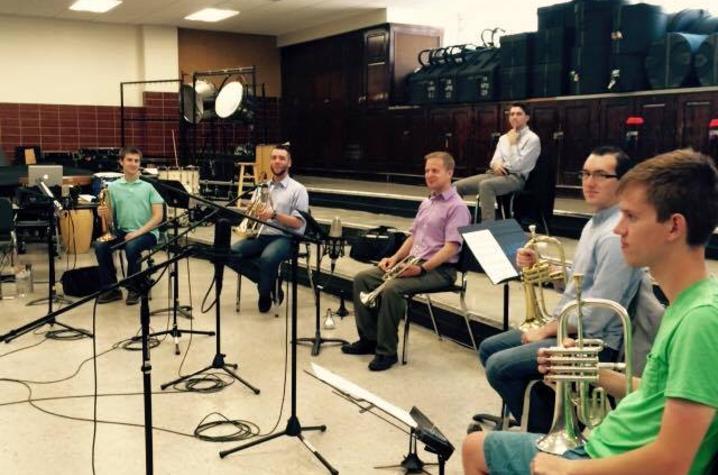 LEXINGTON, Ky. (Nov. 16, 2015) — It's an exciting time for the University of Kentucky’s Shades of Blue Trumpet Ensemble as the group has just released its first compact disc, "Competition Pieces for Trumpet Ensemble." The CD’s concept was inspired by the group’s 2014 trip to the National Trumpet Competition, where they took second prize in a highly competitive field of ensembles from around the United States.

The UK music students were inspired to pursue this ambitious project of recording the most difficult competition music for the trumpet ensemble as a resource for future ensembles who are seeking appropriate reference recordings of challenging music.

Shades of Blue is made up of seven students at UK:

· accounting senior Aaron Brewer, who is minoring in music, from Madisonville, Kentucky;

"Competition Pieces for Trumpet Ensemble" includes six tracks. The first track on the disc is "Abstracts No. 2 for Seven Trumpets," written by Robert Russell and arranged by Wiff Rudd, professor of trumpet at Baylor University. This piece was the selection performed by the Baylor University Trumpet Ensemble, when they took first prize at the 2015 National Trumpet Competition.

The second track on the disc is "Centrifuge" by Jason Dovel, assistant professor of trumpet at UK School of Music. "Centrifuge" was the selection performed by Shades of Blue at the 2015 National Trumpet Competition, where they advanced to the semi-final round of competition.

The third track on the disc is John Adler’s "Clockwork," which was performed by the Virginia Tech Trumpet Ensemble at the 2010 National Trumpet Competition.

The fourth track on the disc is Erik Morales’s "Cyclone," which was the piece the UK Trumpet Ensemble took second prize with at the 2014 National Trumpet Competition.

The CD was recoded May 2015 in various locations around UK’s campus with the help of several people. Joel Crawford, a doctoral student in trumpet performance, served as the engineer for the project. Dovel served as the students’ advisor and project producer, with assistance and consulting from Bradley Kerns, assistant professor of trombone. All of the students contributed to the post-production process.

The recording project was supported by a grant from the UK Office of Undergraduate Research.