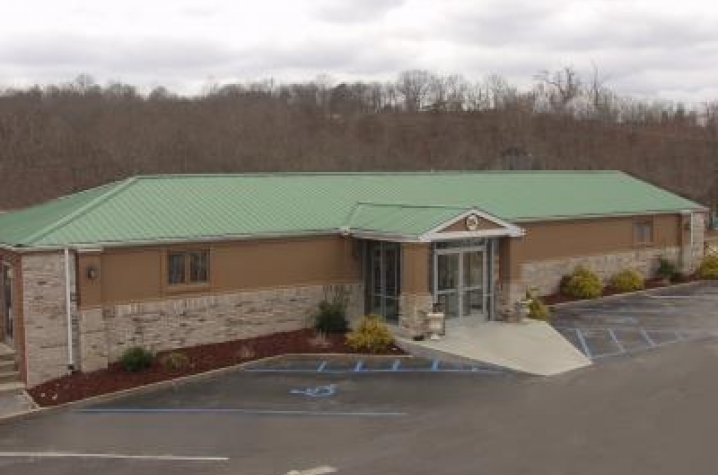 This week, as I reached Sarah Fannin by phone, she was, as always, busy.

Sarah and her colleagues were setting up a temporary, makeshift office for UK’s Morgan County Extension Service -- in her home in West Liberty.

Days earlier, the Morgan County Extension office in West Liberty had been leveled. Last Friday’s horrific storms carved a path of destruction and despair throughout several communities in Kentucky. West Liberty was among the hardest hit.

More than 20 people have died in Kentucky. Homes and businesses have been destroyed. President Obama has declared Morgan County and several communities a Federal Disaster Area. Communities face the long and arduous task of literally starting over.

Sarah Fannin and the team of extension agents in Morgan and surrounding counties are helping lead the way back.

Trailers are hard – if not impossible -- to come by right now, Sarah told me, and there are literally no utility hookups. It is, she said, a bit of “organized chaos.”

“My house is a little bit of a staging area,” with people dropping off supplies, animal feed or whatever the needs are in the community, she said. “Whatever needs to happen … it doesn’t matter. We are a community. Extension is a community. There’s not much difference between opening up (an office in my home) and opening up an office (somewhere else).

That’s how we operate in extension.”

As we talked, Sarah was receiving the office’s first donation of hay that they will use to help families keep their livestock fed. She and her colleagues are working on a number of vital projects in the aftermath of the storm, from gathering feed and supply for livestock and other animals, to barbed wire for temporary fencing, supplies for schoolchildren as well as work they are involved with to re-build a school and fulfill a number of needs for families throughout the area.

We couldn’t talk long. The cell phone coverage was spotty.

And Sarah had work to do. There are people to serve. And a community must be rebuilt.

As one lawmaker from the area said this week in Frankfort, West Liberty is completely gone, the destruction almost incomprehensible.

But amid the rubble of ruin, embers of hope can be lit. Ultimately, they can shine a light that leads us forward.

Sarah Fannin and her co-workers in UK’s Morgan County Extension Office are a beacon of hope amid the darkened depths of despair that have engulfed so many of our fellow Kentuckians this past week.

Their work to help rebuild communities and lives in a town some two hours away from here in the foothills of Appalachia reminds me of what one of our Trustees, Dr. C.B. Akins, calls an action that is “profoundly simple, yet simply profound.”

I am deeply heartened by such work and service. But I am not surprised.

In a sense, I knew Sarah Fannin before I ever spoke with her.

Several months ago, I was moved by a national story in The New York Times that recounted the efforts of Sarah and her co-workers in UK’s Morgan County Extension Office. They are working with people throughout Eastern Kentucky, teaching them how create gardens of their own.

The idea is simple, but profound:  growing vegetables and food that, in many cases, can significantly lower family food costs and dramatically improve health.

One moment, reading a story over the breakfast table, crystallized a sense growing in me my first few months at UK as I traveled across the Commonwealth and met with so many of you on campus.

In cities and towns, among hardscrabble hills and hollers, in community health centers and high-tech operating rooms, in classrooms and on playing fields, we are UK.

We embody today’s manifestation of the Kentucky Promise – the covenant forged nearly 150 years ago in the dark aftermath of Civil War. It’s the idea that this institution through education, research and service will light the way forward for our state.

So many of you light that path every day – in ways that fill up newspapers and create national headlines, but also in small, quiet actions that, nevertheless, transform and save lives.

In the last few weeks alone, I’ve talked with transplant doctors who placed a life-saving mechanical heart in a 20-year-old from Maysville.

I read about a UK medical student, who started a suicide prevention program.

I visited with design professors, who are  working directly with industry in Southeast Kentucky to help save jobs in the state’s houseboat industry by building innovative, energy-efficient manufactured housing.

And I talked with Sarah Fannin.

“We’ll worry about our four walls a little later,” she said. “Right now, we just want to help folks.”

We didn’t talk long. After all, Sarah and her colleagues had to go back to work.

Thanks for all you do to honor the Kentucky Promise for a new generation looking for answers to light the way forward.