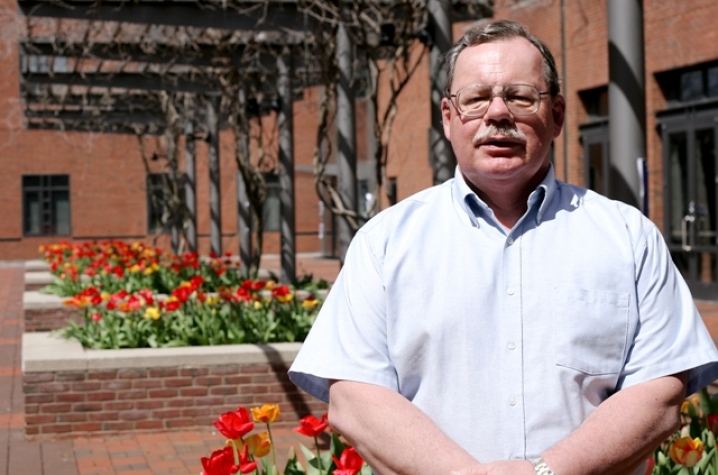 LEXINGTON, Ky. (Jan. 13, 2011) − The National Geographic Channel's Explorer series will air a special Monday, Jan. 17 at 10 p.m. about University of Kentucky lecturer Terry Anderson, 20 years after he was taken hostage in Lebanon. Anderson was chief Middle East correspondent for the Associated Press in 1985 when he was kidnapped from the street in Beirut and held hostage by Shiite militants for nearly 7 years.

"At the beginning, the predominant feeling was frustration and helplessness," Anderson says in the special. He describes days when he thought he would go insane, daily interrogations by guards, and feelings of guilt over the pain his fiancé and family were experiencing during his captivity. Two months into his captivity, he listened as fellow hostage CIA Station Chief William Buckley took his final breaths in an adjoining cell.

"I think National Geographic television has done an excellent job on this documentary, as they always do,'" Anderson said.

Anderson is completing a two-year lectureship in UK's School of Journalism and Telecommunications, where he has taught courses on international journalism and diversity, worked on the Kentucky Open Government blog, taught a five-week course for UK journalism students in Lebanon and worked to expand the university’s international studies program. He also collaborated with the University of Edinburgh on a conference on war, journalism and history, "Covering Conflicts in a Modern World," held at UK in April 2010.

Anderson is honorary co-chairman of the Committee to Protect Journalists and has been involved in efforts to free journalists imprisoned by governments. He has worked in television and radio news, as a wire service reporter, a foreign correspondent and a newspaper editor.